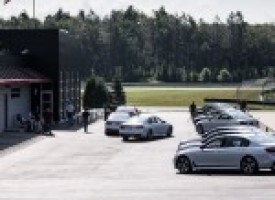 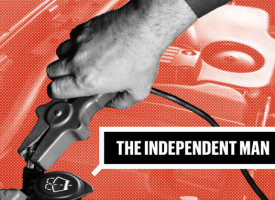 How to Jump Start a Car in 13 Easy Steps [Sponsored]

-Whether it’s the rattling that comes and goes with the moon phases, a timing belt that obeys only changes in barometric pressure, or the sudden flickering of that dreaded check engine light, certain car problems require the professional experience and honest technical knowledge only a mechanic can bring. This doesn’t mean you should be afraid to approach your car with a tool though. There are certain car fixes that every 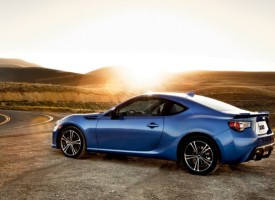 – Buy a 2016 BRZ and Subaru will throw in a free 32-inch LED TV or a fancy dinner for two in Manhattan. Okay, so there’s not actually an incentive program like that on the car, but the cost of such things is what buyers of this lightweight, rear-wheel-drive sports car will save on the 2016 model versus the 2015. – – Prices are down $300 on all three BRZ trims. The manual 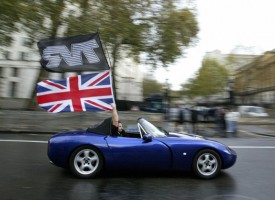 -TVR is back from the dead, again, again, and its already having some sales success—despite the fact that it doesn’t actually have a car yet. – That’s the word from Autocar, which reports that the newly revived British sports car company has accepted deposits for every car it plans to build in 2017. All 250 of them. The sports-car marque will continue to take £5,000​ deposits (around $7700 at today’s exchange 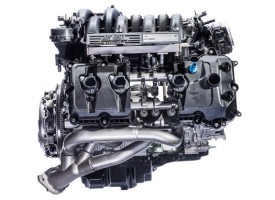 – From the September 2015 issue – The new rev-happy 5.2-liter V-8 in the Mustang Shelby GT350 is one of the most compelling reasons to visit a Ford dealership in 2016. Code-named Voodoo and sharing its basic architecture with the Mustang GT’s 435-hp, 5.0-liter Coyote engine, this new powerplant is an altogether wilder animal, producing 526 horsepower at 7500 rpm and 429 pound-feet of torque at 4750. Camaro Z/28s, beware. 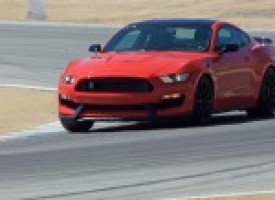 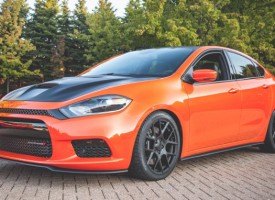 Goes Like Hell! Rumor Has it Dodge Will Make a Dart GLH

– Back in the 1980s, Carroll Shelby famously had a hand in Chrysler’s hopped-up Dodge Omnis that, according to their acronym, Went Like Hell. (And then his shop took point in assembling the follow-up Omni GLHS, which stood for “Goes Like Hell Some-more.”) Now, rumor has it Dodge wants to revive the GLH badge for a hot-rod version of the Dart compact sedan. And we’re actually excited at the thought. – Motor 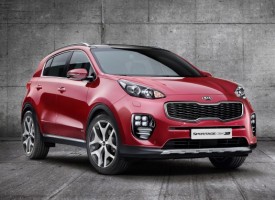 – Kia’s all-new Sportage crossover will make its full, specifications-and-details debut at the 2015 Frankfurt auto show in September, but the automaker is releasing photos of the production model a few weeks early. Like pretty much every other modern Kia, the new Sportage looks fresh, handsome, and upscale. – – Designed under the watch of Hyundai-Kia’s head of design, Peter Schreyer, the Sportage carries over a few styling cues from 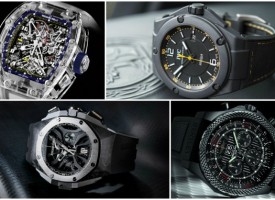 – Gearheads have an almost irrational attraction to fine timepieces; there’s something about wearing a minuscule mechanical movement that captures the imaginations (and wallets) of countless car fiends. – Perhaps it’s the wonderment of miniaturization, or the way a ticking watch serves as a perfect sub-scale metaphor for a pulsing engine and whirring gearbox. Whatever the reason, the car-watch connection is as old as the automobile itself, a bond that 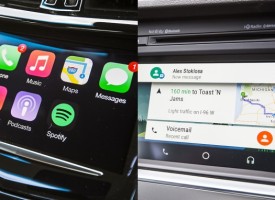 Apple CarPlay vs. Android Auto: We Test the Most Hyped Software of the Year

– From the September 2015 issue – The term “infotainment,” despite being a marketing portmanteau that makes our eyes roll, does neatly sum up the increasing variety of human-machine interfaces that dominates today’s dashboards. Now, Silicon Valley has leapt into the infotainment fray with technology that promises to simplify the often contentious relationship between man and modern machine. New phone-mirroring software from Apple and Google beam their mobile operating systems—redesigned