Bullion banks are now net short over 615 tonnes of gold.

The Swaps (bullion bank trading desks) have got away with an increased short position of only 5,512 contracts.

There are cross currents. Obviously, hedge funds have been motivated by the dollar’s weakness, which is the next chart. 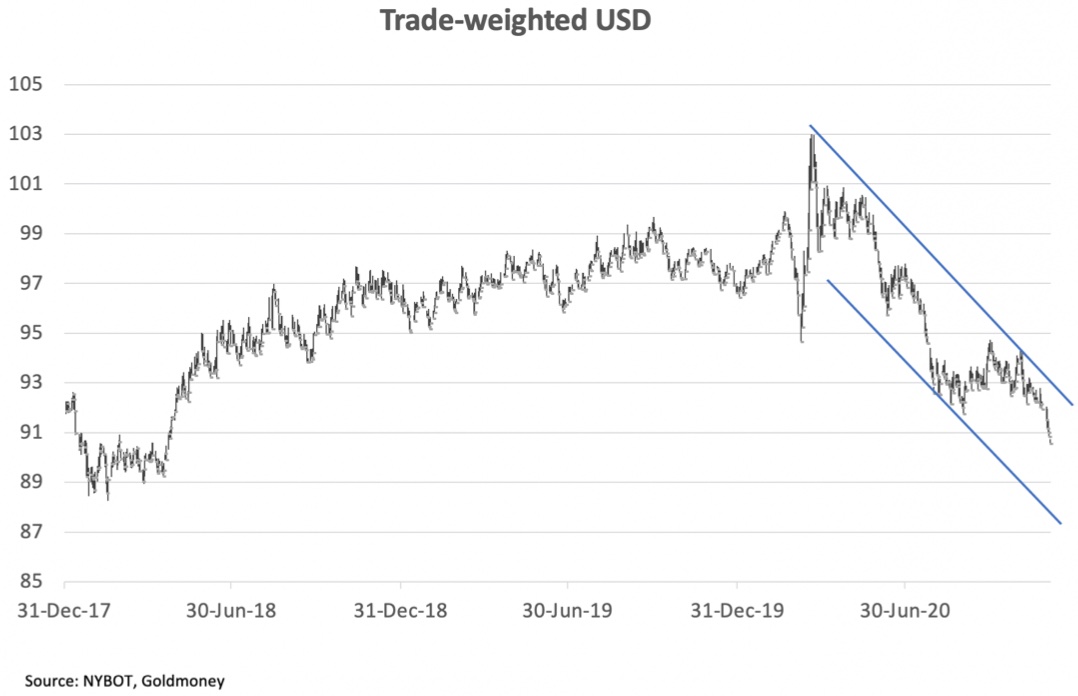 A tumbling dollar provokes hedge funds into a sell dollar—buy gold trade, and this is reflected in the COT analysis. Meanwhile, the Other Reported and Non Reported categories see a weakening gold price as loss of bullish momentum, which explains the modest increase in their short positions.

While the bullion banks have ducked supplying most of the increased longs of the hedge funds, they are still deep in the hole, as our last chart shows. 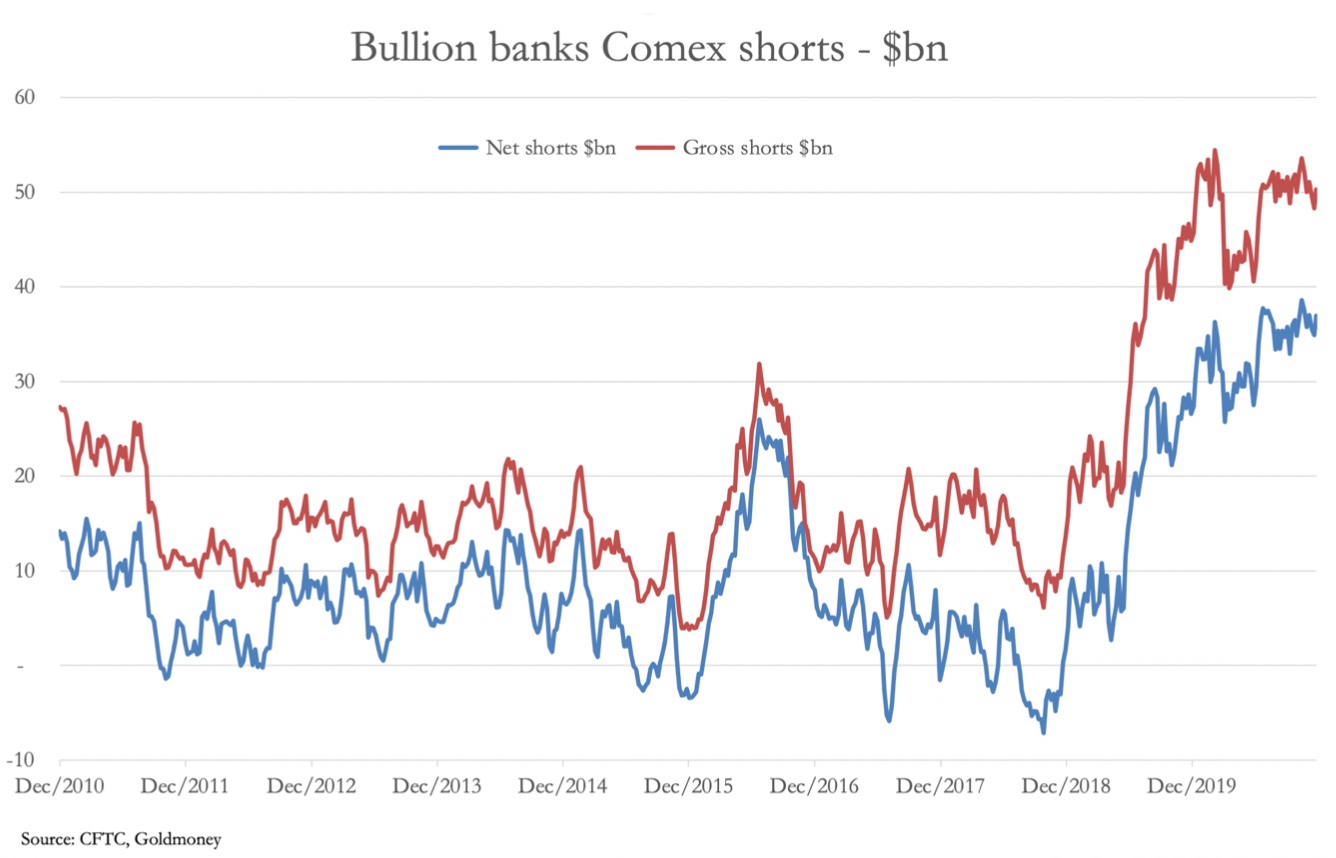 The gross short position is $50bn and the net $37bn. In London, bullion is still scarce, though according to the World Gold Council, in November ETF outflows in November were 107 tonnes. For reference, the bullion banks’ net short positions on Comex represent over 615 tonnes.

It is a quiet shake-out of weak holders. But unlike previous occasions, with money-printing on steroids it is unlikely the bullion banks will reduce their short exposure by much more.