BUCKLE UP: Silver Set To Vault Higher, Gold Bull, Inflate Or Die, And The Average Person Is Drowning In Debt

Here is a look at the gold and silver bull, inflate or die, another record, and the average person is drowning in debt.

How Is The Dow And S&P Down So Little?
The Kobeissi Letter:  We currently have:

The Average Person Is Drowning In Debt
The Kobeissi Letter:  JUST IN: Total household debt jumped by $351 billion last quarter, the largest quarterly increase since 2007.

This puts total household debt at a record $16.5 trillion.

Mortgage balances are up a record $1 trillion this year and credit card debt is up 15%. What could go wrong?

Inflate Or Die
Egon von Greyerz:  The only way to handle $31T in US public debt is to “inflate it away” by eventually loosening rather than tightening Monetary Policy once it becomes obvious that US IOUs won’t find enough buyers unless there’s a money printer to do so…

Another Day, Another Record
Charlie Bilello:  A US homebuyer now needs to earn a record $107k to afford the median priced home for sale, an increase of over 45% in the last 12 months. 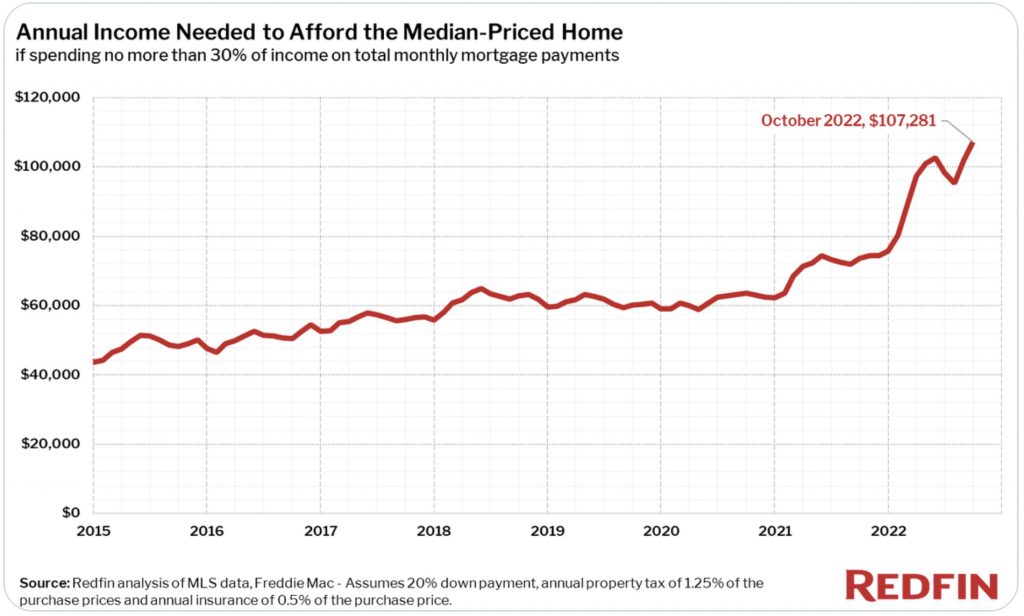 Pension Nightmare Just Got Worse
Stephanie Pomboy:  For my money, the most interesting…and foreboding…aspect of the downfall of Blankman-Freed’s FTX is the «revelation» that the Ontario Teachers Pension was a major investor. The coming pension crisis is going to be massive…and the switch to QE by global central banks whiplash-inducing.

This May Lead To Uncontrollable Inflation
Luke Gromen:  Boomers have ~$25T in net assets & have been convinced they’re going to die far sooner than they thought just 3 years ago. The interest rate required to stop the Boomers’ resulting “YOLO” consumption binge would bankrupt the US government well before it slowed Boomer spending.

The problem with creating a policy that sterilizes CPI inflation by getting Boomers to defer comp into asset markets but then not counting asset inflation in inflation? In the long run, the deferred inflation shows up when Boomers want to trade paper for stuff & experiences.

Once Boomers start trading paper wealth for real stuff & services, US Federal debt/GDP better be very low because if it is not, the Fed will not be able to raise rates enough to stop the resulting CPI inflation without bankrupting the government. Oops.

With US Treasury recently doubling its forecast for the US deficit for the next 6 months after just 7 months of rate hikes, tough (& binary) decisions are going to need to be made. Let’s watch.

Silver
Otavio Costa:  Silver has so much catch up to do. It’s likely headed a lot higher from here. The cheapest metal on earth.

Silver Is Set To Vault Higher As It Plays Catch Up 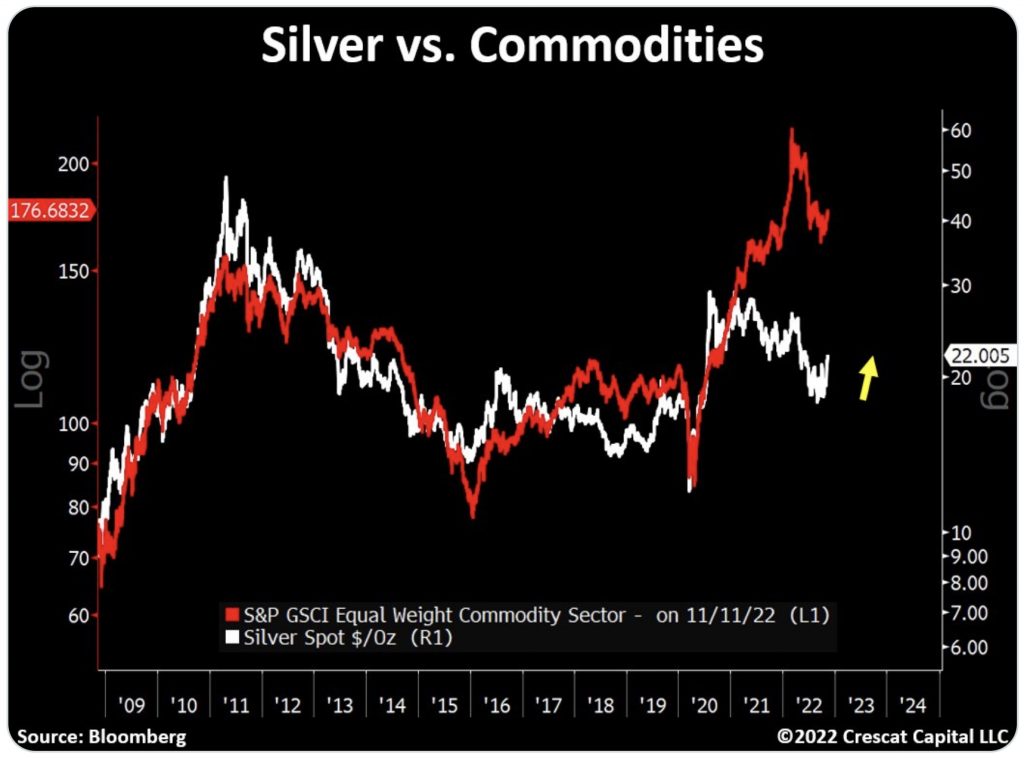