Buckle up: It’s a Friday the 13th trading day!

July 13 (King World News) – Today’s note from legend Art Cashin:  On this day in 1863, the terrible New York draft riots began. Two days before, the government had begun America’s first military draft. It included all U.S. males between 21 and 45. And, it included all males of that same age group who happened to be Aliens intending to stay in the U.S. As you might have guessed, this group included a very large number of Irish immigrants who had fled the potato famine in 1848. Since the government at the time was not enlightened enough to provide the kind of work that these Irishmen were suited for – tellers of tales, singers of songs and dreamers of dreams – they tended to settle for 14 hour a day jobs digging sewers for less than one dollar a day. And, when the draft came up, they were upset that rich men’s sons bought their way out (legally) by paying $300. They were even less happy that some of the jobs they were drafted away from seemed to be taken up by the newly freed slaves.

Nonetheless, they began three days of burning the wrong houses, lynching the wrong people and managing to get a thousand of their own killed. Inspired by all this, they decided to bring the fight to a head. Since the militia was beginning to make New York City no fun, they headed north to the house of one Horace Greeley, the abolitionist editor, whose compelling editorials seemed to have helped to incite the war. 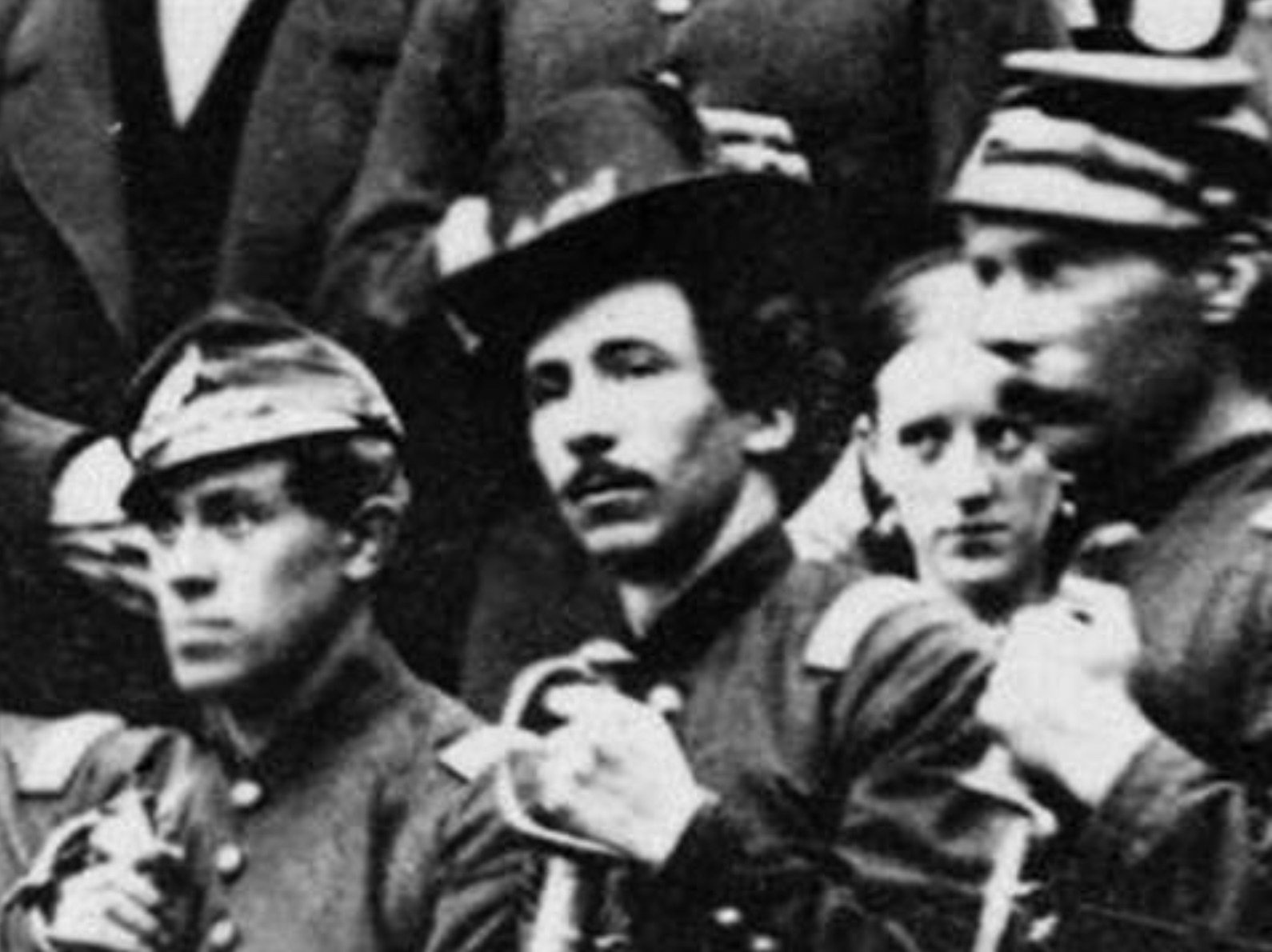 Anyway, on learning Mr. Greeley was not home, these sons of Erin (and of the world’s oldest matriarchal society) piped up “Now Missus you wouldn’t be burnin’ your house about a simple matter like this riot wud ya? Apparently, she said she would, and the Irish mob went home to kiss their moms and enlist in a war with drums and guns and shouting. (Two years later, on this very day, perhaps fearing some returning Irish veterans, Greeley wrote his famous – “Go West Young Man” editorial.)

Markets were more robust than riotous on Thursday as rumors of trade talks seemed to quiet concerns about an imminent trade war.

Relief Rebound Reaches Records In Some Areas – Stocks around the world rallied amid hints that there would be a possible stand-down in the trade war faceoff that had seemed to be bubbling up only hours before. I summed that up in a mid-morning note to some friends:

Rumors of possible U.S./China trade talk reinforces likelihood that the “tariffs” are just negotiating ploys. That allows us to regain yesterday’s losses. S&P resistance remains at 2792/2795 and then 2800/2805. Watch crude, which seems to be shrugging off bullish inventory data.

The note, however, did not fully convey the somewhat frenzied nature of the trading backdrop.

The key was the aforementioned rumors of a potential trade talk meeting between China and the U.S. That suggested the tariff talk may well have been posturing.

Then things got even trickier. There were sudden rumors that NATO may have gone into an emergency meeting. Markets froze briefly wondering if there was some new geo-political event or surprise. Then President Trump hastily called a press conference. In it, he implied that NATO, after some quick debate decided to increase their defense spending in line with U.S. requests. Mr. Trump basically declared victory and headed off to his plane.

NATO spokesmen began to talk down the increase in defense spending and some of the defense stocks began to ease back. Trade talk beneficiaries remained higher, however.

Throughout the session, the bulls ground away against the resistance bands. They made it through the first band by midday but there was no celebratory follow-up.

All in all, it was a very good session for the bulls. Nasdaq closed at a new record high. The S&P is at a high not seen since February and the Dow is now positive on the year. A very solid day on moderate volume. 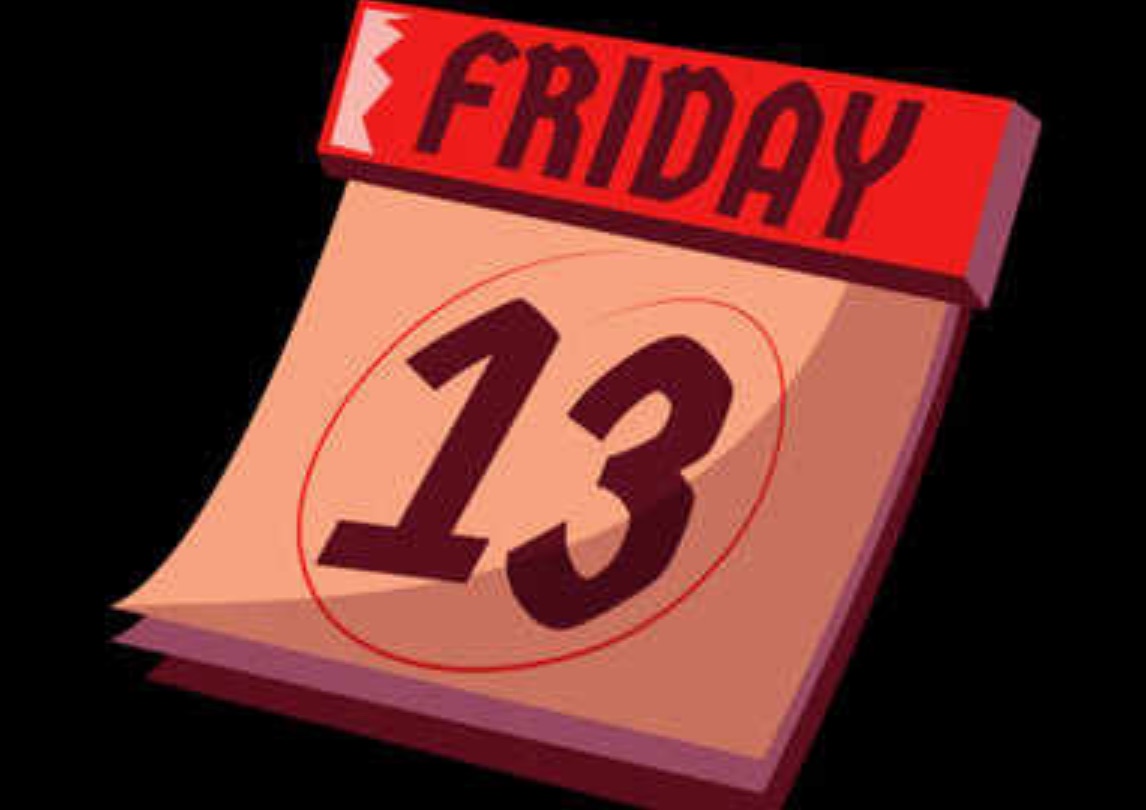 Of Friday The Thirteenth And The Last Official “Hat Day” – It’s Friday the 13th and all of the negative myths surrounding it pop up. Friday the 13th actually has a mild upward bias in stock market history. It’s up 55% to 60% of the time.

We think the negative myth may be based on a novel published back around 1910. It told of a plot by an evil stock trader (ain’t they all) to crash the market on Friday the 13th. By a numerical oddity, the 13th of the month falls on a Friday more than any other day. In the last 400 years, we have had 699 Friday the Thirteenths.

One further note on Friday the 13th. Triskaidekaphobia is actually fear of the number 13. Fear of Friday the 13th is actually Friggatriskaidekaphobia but that sounds like something that would cause your mom to put a bar of Lifebuoy in your mouth. So, Dr. Donald Dossey coined the term paraskevidekatriaphobia. He says that by the time you manage to pronounce it, your phobia’s gone.

Prior to 1988, floor brokers used to have fun with the myth by declaring Friday the 13th “Hat Day”. Brokers would don silly and bizarre headgear, pretending to ward off the evil spirits. The last official “Hat Day” occurred in 1987. It was on Friday, November 13th, to be exact. A few weeks earlier on Monday, October 19th, U.S. stock markets had suffered their worst selloff in history. The Dow fell 22% in one day. That would be the equivalent of a 5,500 point selloff today. The ’87 crash was far, far worse than the ’29 crash on a percentage basis. As that day wore on and prices continued to fall and fall, the floor took on a kind of surreal atmosphere, almost like a dream sequence in a movie. You bargained and fought for good prices but there was a sense that this was unreal – that this couldn’t really be happening.

In the days and weeks that followed the crash, traders and others sorted through the financial carnage, sometimes with disastrous results. A lost ticket might be a career ender. A misread price could produce a loss that could cost you the price of a small house or certainly a very expensive auto. Several friends would hug and cry and say goodbye – the only valuable they still owned were their memories.

By the end of the first week in November, after some contested rulings were appealed, the floor pretty well knew who had survived. That’s when it was suggested that Hat Day should be a kind of “Survivors Ball”. The visitor’s gallery had been closed after the crash to avoid distractions while we sorted through the financial debris. We prevailed upon the PR department to cancel press passes for the day. On Hat Day, it would be just us – the survivors – in the place where we had been challenged and survived.

The opening bell set the stage. On to the podium strode the NYSE Chairman, the Vice-Chairman and the President. All three were decked out in over-sized sombreros, the kind seen in “The Three Amigos”. On the floor before them scurried brokers and clerks wearing top hats and helmets and lady’s bonnets and caps that had ducks or dogs growing out of them. It was perfectly ridiculous and just the right antidote to weeks of worry, fear and loss of comrades. Smiles spread spontaneously and soon did laughter. Trading continued, of course. Trades were made, face to face, as they had been for over 100 years. Based just on your word – no exchange of contracts, no lawyer, no accountant, no notary – just your word is your bond.

The atmosphere continued to brighten. Spontaneous “parades” broke out. Particularly unusual or ugly head gear might bring cheers or whistles. Hats were swapped to see who looked sillier in what. The Survivors Ball was in full swing and having all the desired therapeutic effect. But, it turned out, not everyone present was a survivor. An unaffiliated reporter, or stringer, had been admitted to the floor. He had asked permission to interview a certain specialist who had made such a good market in his stocks during the crash that he put himself and his firm out of business.

Late in the trading day on October 19th he received a call from his banker that he had used up every penny of his assets trying to stem the plunge of his assigned stocks including a prominent Dow name. The specialist, a noted Marine veteran, was forced to sell his firm that very evening. (Ironically, a few months later, it was discovered that the bank had miscalculated. The sale had not been necessary.)

At any rate, the stringer stood at the specialist post in the Blue Room (one of the three trading rooms at the time). He interviewed the specialist about the crash and took lots of notes. He also asked lots of questions about the hats and the light-hearted shenanigans going on about him. A few months later, perhaps looking for another story to sell, he sent an article about that day to a west coast newspaper. They published it under a title something like “The Fat Cats in the Hats”. It was not complimentary.

Several months after that it may have been resold to an east coast newspaper. They published it in their Sunday magazine section. The title was changed but the tone remained the same. By now virtually no one still remembered that President Reagan had written a note to the men and women on the floor of the NYSE, thanking them for their courage and dedication during the crash. But with the letter and even the crash now just a memory, no one would understand the need for a Survivor’s Ball. Without that, the article just made the floor look silly. That was the last “Hat Day” on the NYSE.

Without “Hat Day”, there were occasional “bumps”. On Friday, October 19th in 1989, the attempted leveraged buyout of United Airlines (UAL) suddenly collapsed and the Dow plunged 190 points (a bit more than 2000 points, today). It was a scare but not enough to reinstate a rather harmless and fun tradition.

Overnight And Overseas – Equity markets in Asia are generally better with Shanghai again as the standout (up the equivalent of 540 Dow points). Tokyo was a bit less strong, while Hong Kong rose only fractionally. India was down modestly. Things are calmer in Europe with London up moderately with lesser rallies in markets on the continent. Among other assets, Bitcoin is a bit firmer, trading just above $6000. Gold is a touch softer as is crude. The euro is a bit weaker against the dollar, while yields are a tick, or two, lower.

Consensus – President continues to keep everyone (and maybe everything) off balance. Putin sit down will remain a focus as will trade. Stay wary, alert and very, very nimble. Have a wonderful weekend!

Public Now Gambling “All In” On Soaring Stock Markets