On the heels of the U.S. election, all hell has broken loose in these key markets.

King World News note:  Below you can see the commercial hedgers position in the 10-Year Treasury market.  Note that commercial hedgers been dramatically increasing their long positions recently in the U.S. Treasury market — now near an all-time record.  Meaning, the selloff in Treasuries has reached an extreme and may be ready for at least a significant countertrend rally (see 10-year chart below). 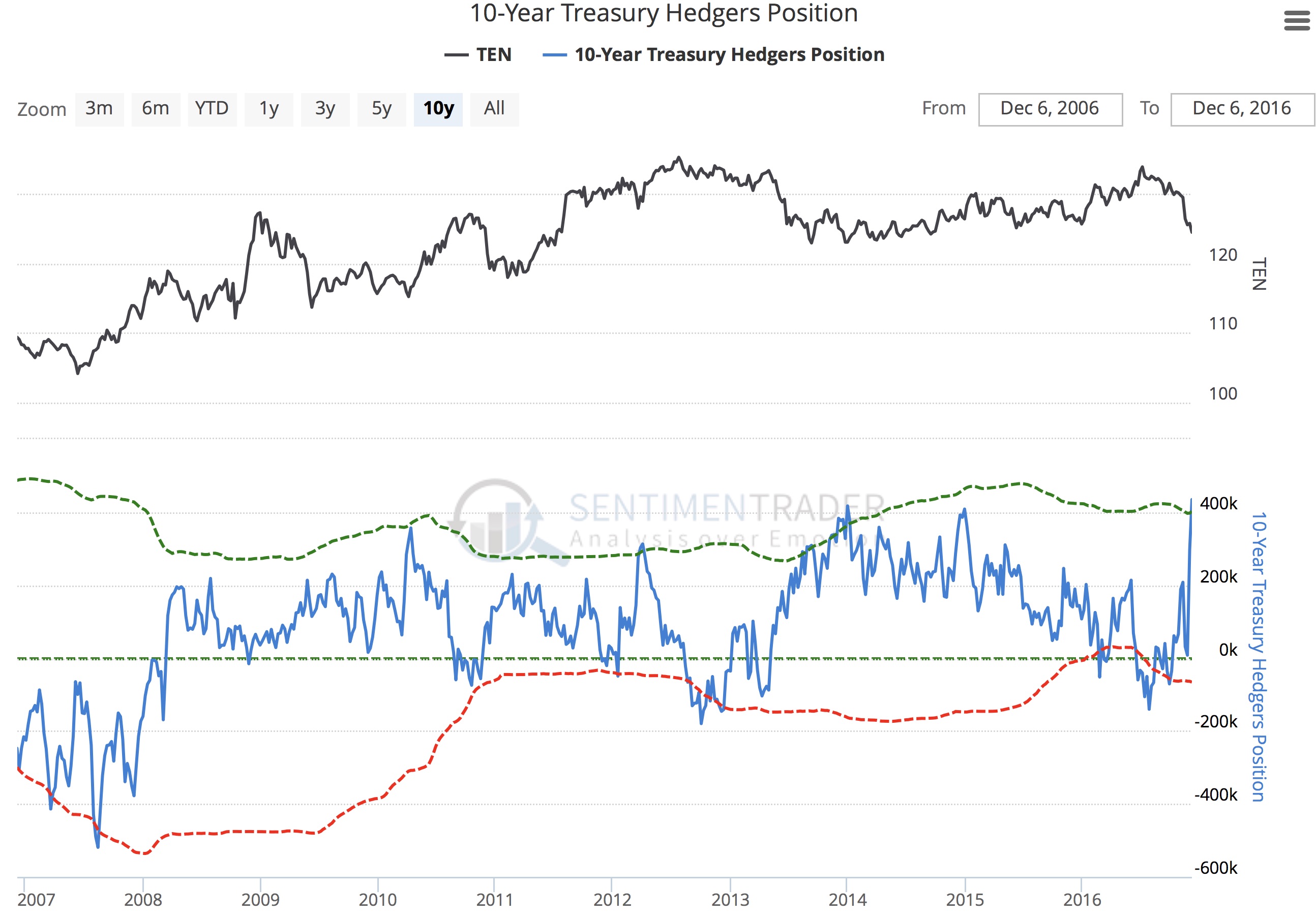 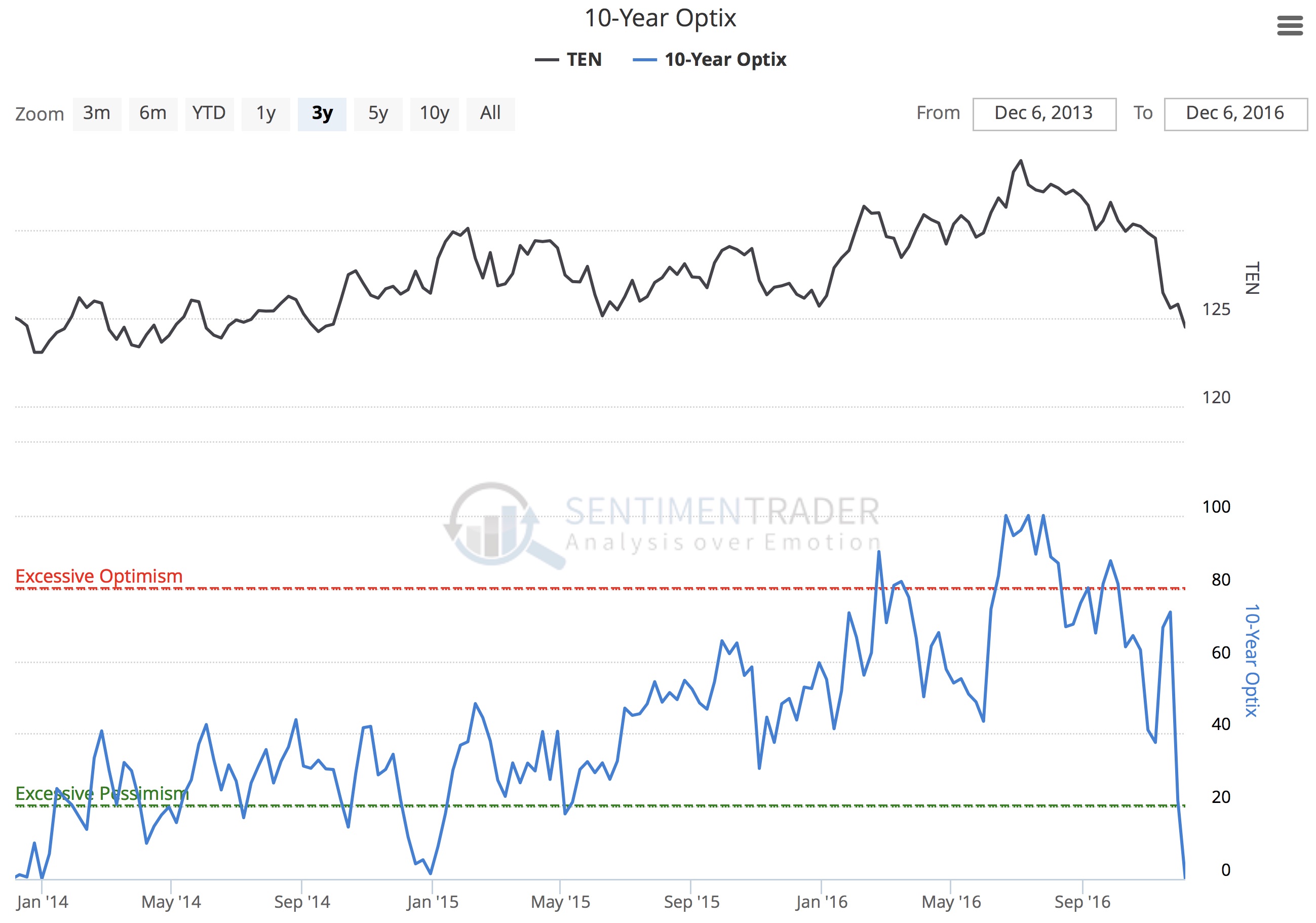 King World News note:  One of the markets that has been on fire recently is the copper market.  However, commercials are now very near all-time record short positions in the copper market, so a reversal (pullback) may be close at hand (see fascinating 23-year chart below). 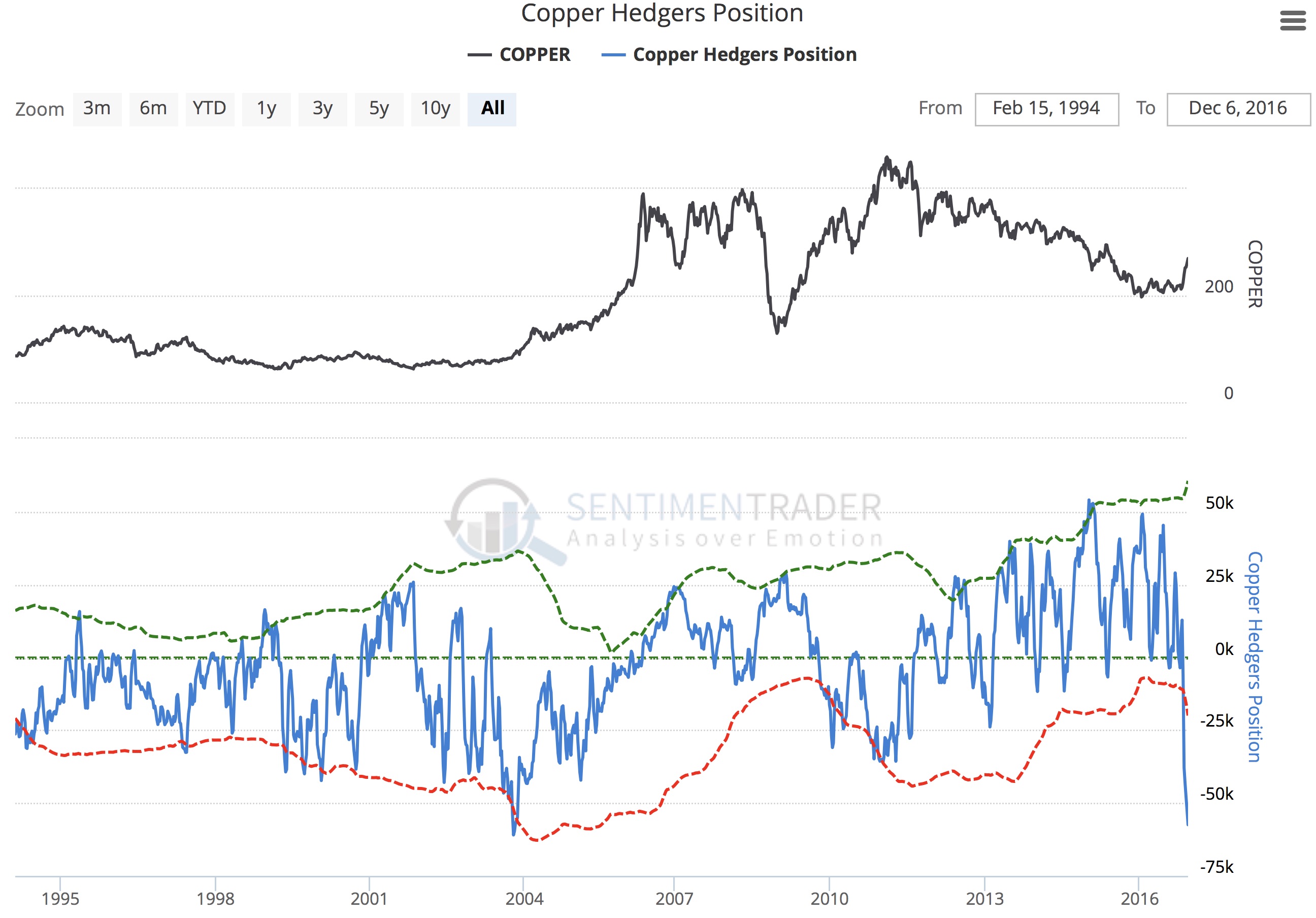 King World News note:  You can contrast what has taken place in the copper market with gold.  The gold market has tumbled more than 10 percent recently.  It is also important that the selloff in the gold market has reached extreme levels by plunging over 10 percent during five straight weeks of decline.  And commercials have been covering their short positions on the recent weakness in the gold market (see fascinating 10-year chart below). 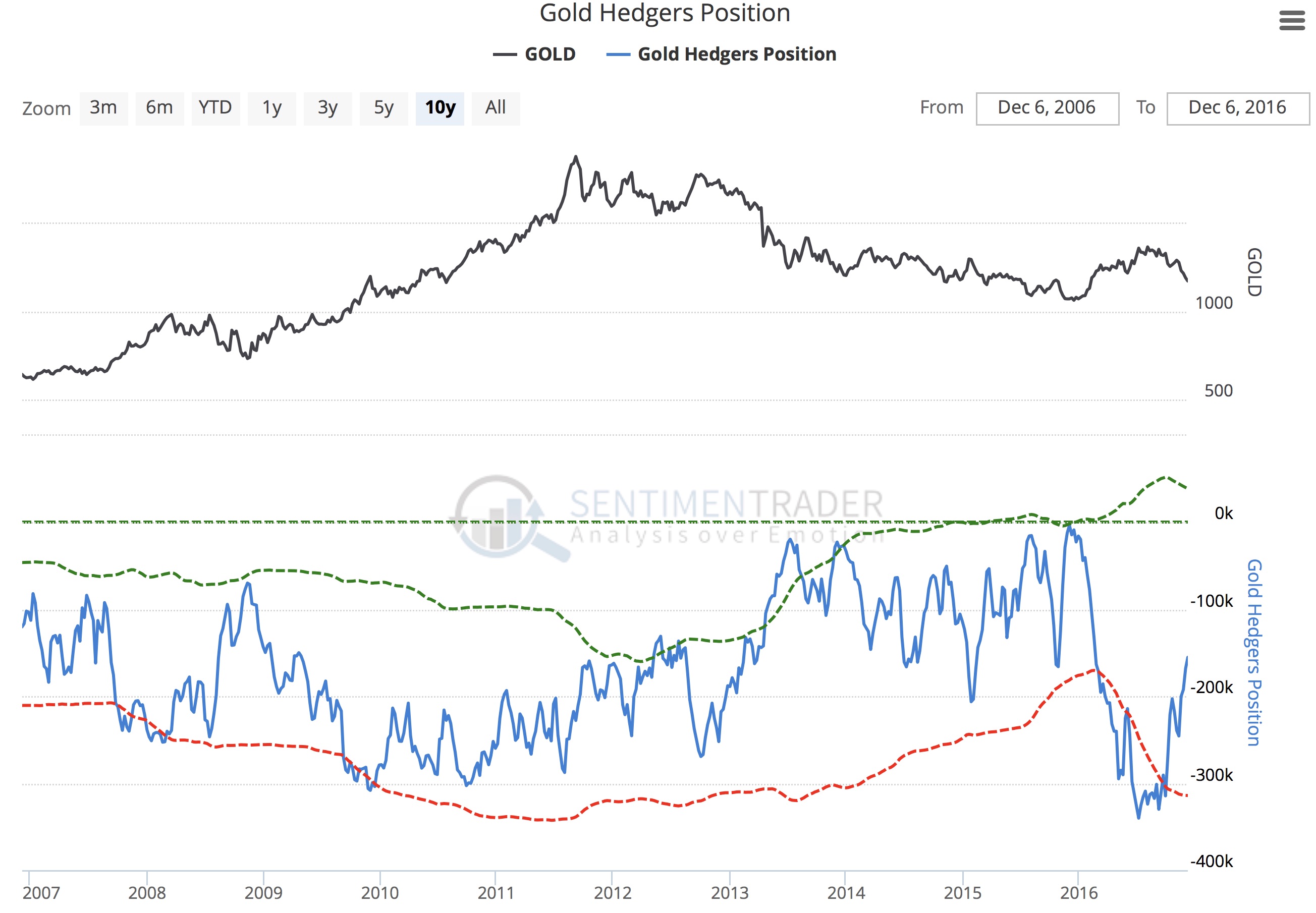 The bottom line is that the commercials have been massively covering their short positions during the orchestrated takedown in the gold market.  Meanwhile, they have been aggressively buying the waterfall decline in U.S. Treasuries and aggressively shorting the upside surge in copper.  It will be very interesting to see how these markets trade in the coming days and weeks ahead.