Interest rates have never been as low as today; 5,000 years of data confirm this. In the meantime government bonds valued at more than eight trillion dollars have negative yields to maturity. As an asset class, fixed income securities are more expensive than ever before. By now, central bank interventions have decimated all notions of honest, free market price discovery in bond markets and beyond. The centrally planned bubble in bonds is about to bring about the “euthanasia of the rentier” so craved by Keynes himself and his acolytes. When this bubble inevitably bursts, it will be abundantly clear how valuable an insurance policy in the form of gold truly is. 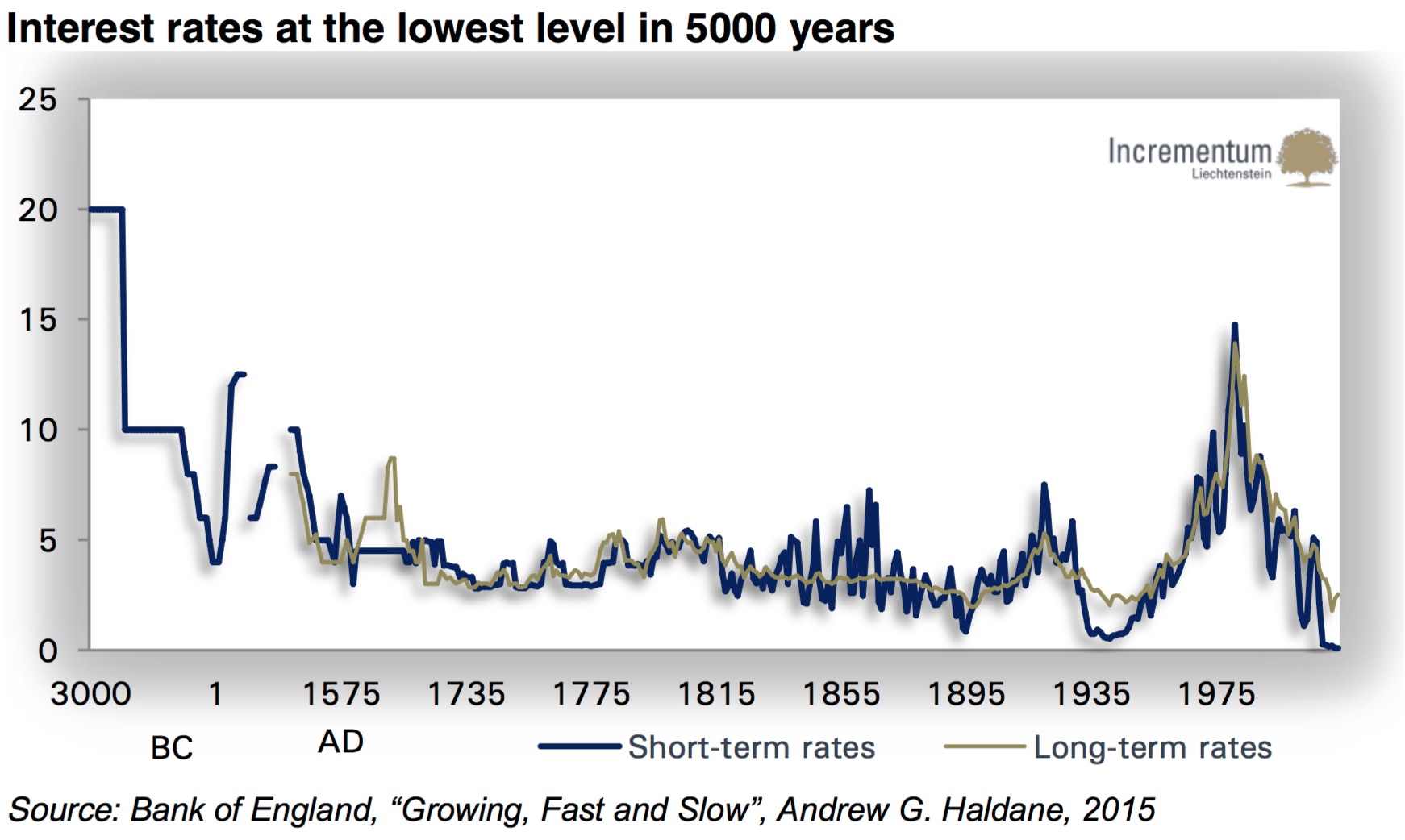 Today’s interest rate environment will have grave consequences for investors. A foretaste of what to expect was provided by Muenchner Rueck: As the second-largest reinsurance company in the world, with a balance sheet of EUR 280 billion, it felt extraordinary when they announced they have started to put physical cash and gold into storage.

Price Of Gold To Soar $1,000 In 24 Months!
When gold traded at USD 800 in 2008, we first called for a long term price target at the inflation-adjusted all time high of USD 2,300, which must have appeared outlandish to many market participants at the time (see chart below). 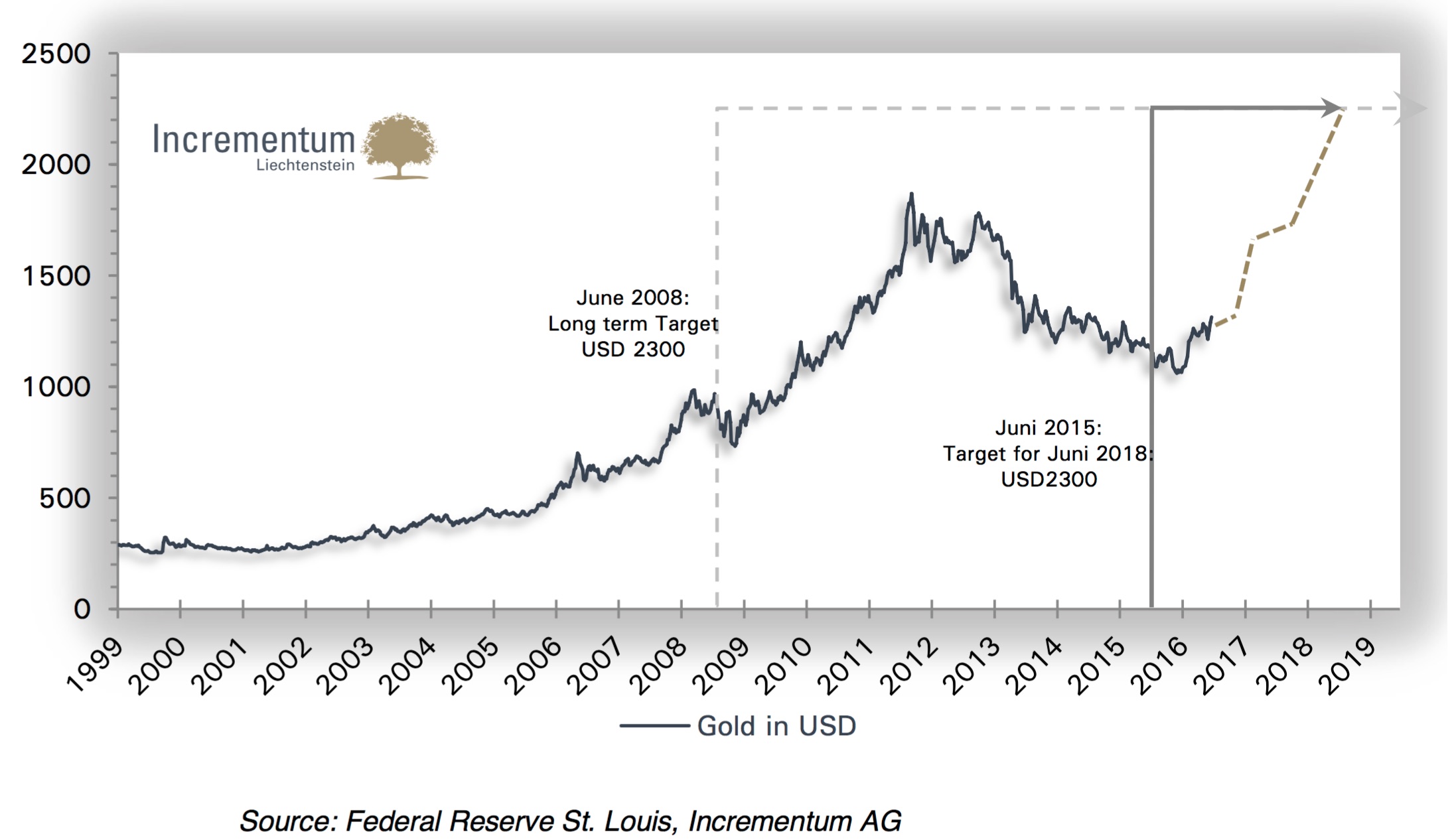 We went far out on a limb last year by projecting a price target of USD 2,300/ oz. for June 2018 amidst a pronounced bear market. The first step in this direction appears to have been taken. The commodity sector, as well as gold, seems to have formed a bottom. Early this year gold celebrated an impressive comeback, exhibiting strong vital signs.

We are nevertheless still a long way from our USD 2,300 price target. In order to reach it, currently prevailing perceptions of the global economic situation will have to change. Moreover, the feasibility of interventionist monetary and fiscal policy will have to be fundamentally questioned.

With respect to future rate hikes, the verbal dance on eggshells commonly known as the Fed’s communication policy doesn’t exactly inspire confidence, as no clear monetary policy strategy is discernible. A significant downturn in economic growth, followed by a renewed stimulus program including even more extreme measures would increase uncertainty further. In this case it would have to be expected that the gold price, commodity prices and also price inflation, would rise.

In our opinion, this or similar scenarios have a high probability of eventuating within the coming 24 months, and we are therefore sticking with our price target of USD 2,300 by June 2018. The current combination of obvious over-indebtedness, expansive fiscal and monetary policy and the unrelenting determination of central banks to generate price inflation, continue to represent a stable foundation for further advances in the gold price.

***Just Released: Is This Epicenter Of Serious Trouble About To Send Shockwaves Around The World? Click Here.