After this week’s Fed decision, big money just made a massive short bet against the U.S. stock market.

Smart Money Establishes A Big Short
Jason Goepfert at SentimenTrader:  “Last August, “smart money” commercial hedgers in S&P 500 futures were net short about $24 billion worth of the full and e-mini contracts. As stocks declined into October, they covered and went net long. Even as stocks climbed, they added to their positions, ultimately having long exposure worth about $13 billion…

They’ve been selling into the rally, per usual, and as of Tuesday, they were net short about $29 billion worth of the S&P, the most since January 2015. Along with big short positions in the Nasdaq 100 and DJIA, their total short exposure has increased to $62 billion, the 2nd-highest in history. 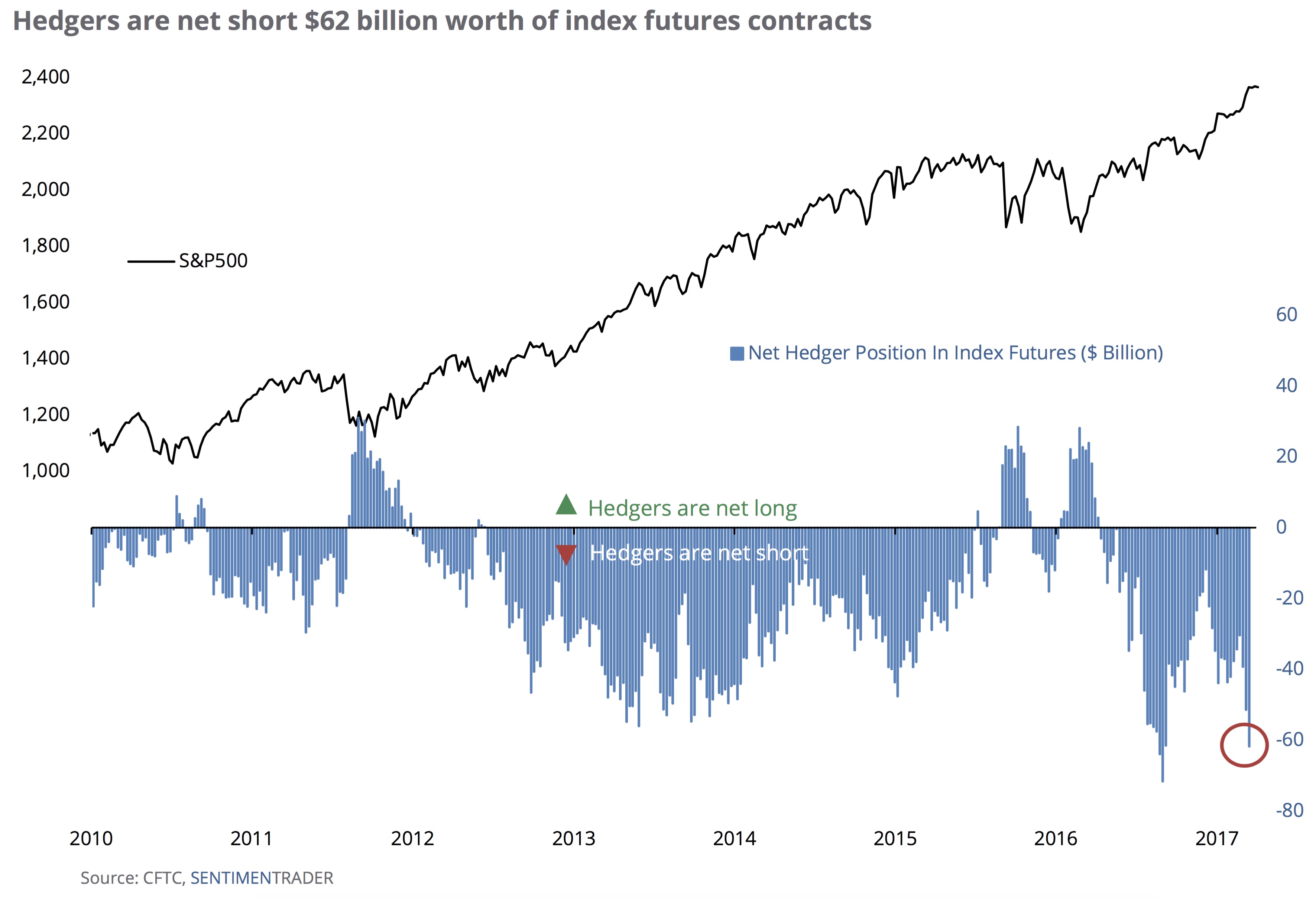