Today Alasdair Macleod urged investors to take a step back, look at the big picture and remain patient during this consolidation in the gold and silver bull market.

Remain Patient In Gold & Silver Bull Market
September 27 (King World News) – Alasdair Macleod:  “Gold and silver sold off this morning, taking them to the lower end of the current consolidation range, which has been in place all month. It is also the quarter-end, a time when the bullion banks play their games to achieve favourable mark-to-market prices. On the week, gold slipped $19 to $1498 in early European trade this morning, and over the same time scale silver lost $1.13 to trade at $17.52. 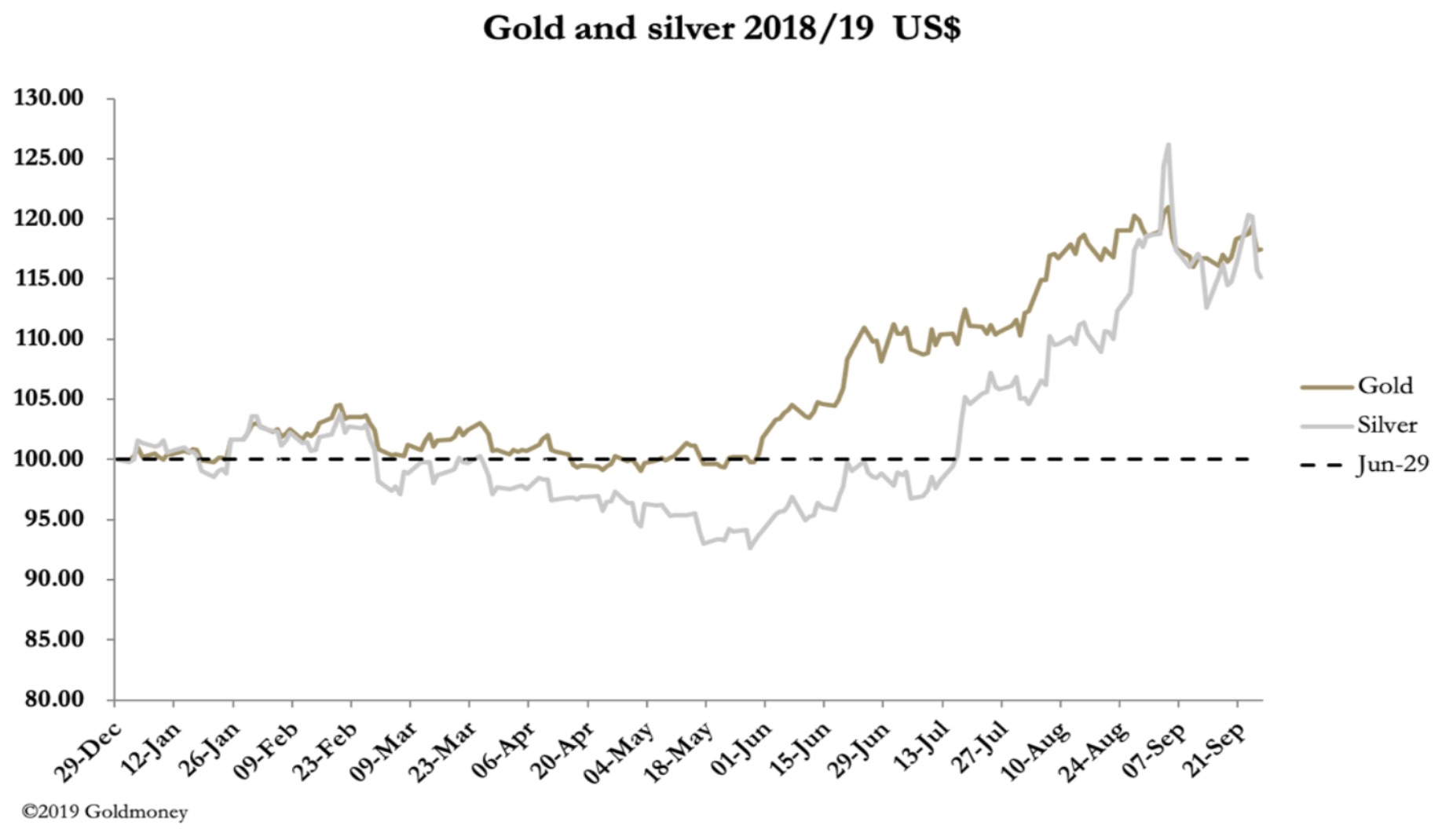 Additionally, gold’s active month has been running off the board, forcing short-term traders to decide whether to close or roll their positions. These factors have not led to much selling on a net basis (as reflected by net longs in the managed money category), according to the most recent figures, which are for 17 September. Open interest in both metals was similar as of last night.

The technical chart for gold shows the scale of the consolidation so far.

Gold Consolidation Should Last A Few More Weeks – May Drift To $1,450 And Silver May Test $17 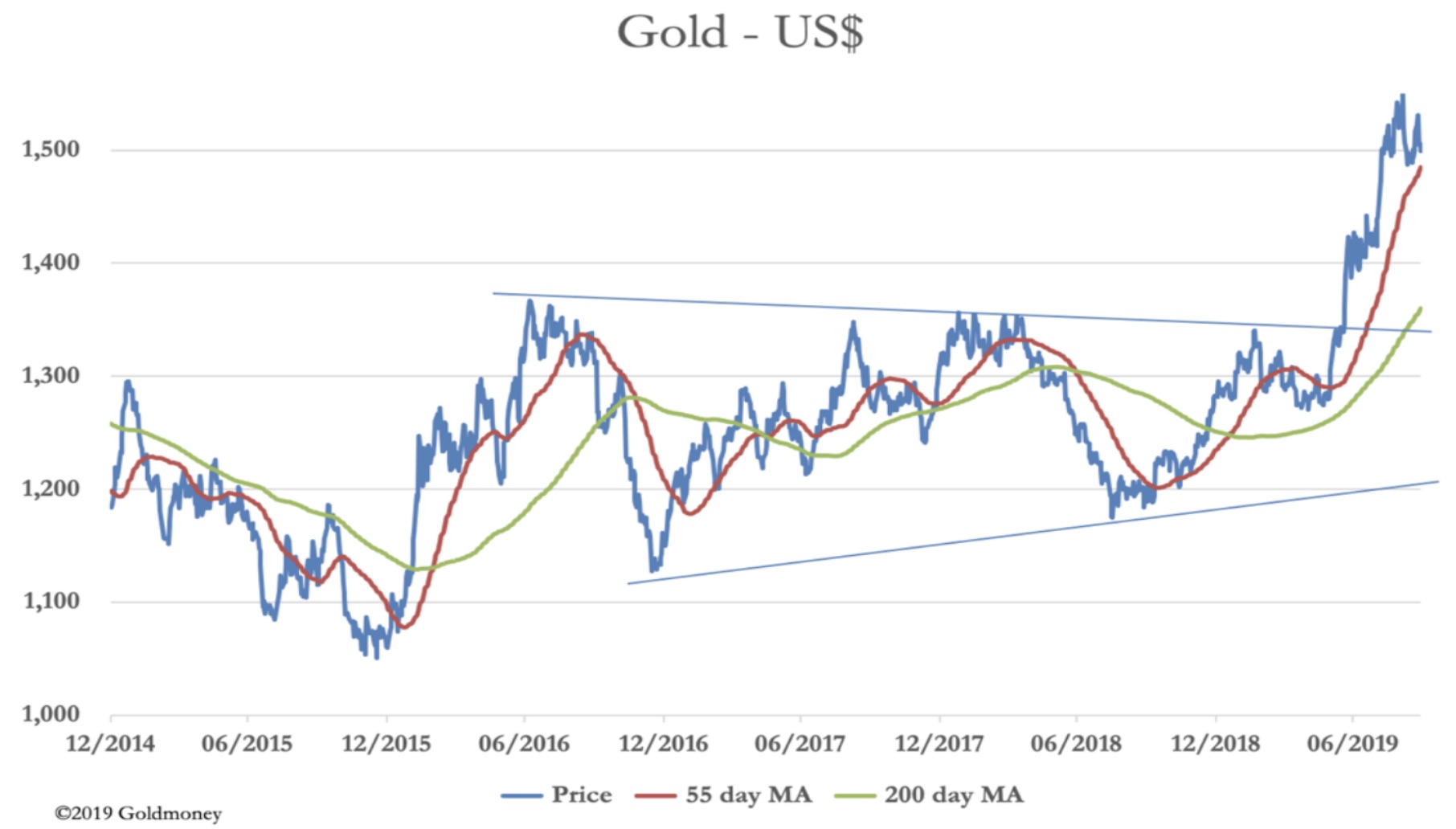 It is normal for the price to return to the area of the 55-Day moving average to test support, which is what the chart shows. Whether more time will be needed before the advance continues, only time will tell. In that respect there have been important developments in US credit markets, likely to have a bearing.

On Tuesday, 17 September the rate for repurchase agreements shot up from 2.2% to 10%, indicating an acute shortage of liquidity for one or more primary dealers. Initially, analysts attributed it to mistakes by the Fed in managing the rates, but in the last few days as the increased intervention by the Fed continued, suspicions have grown that the problem is systemic, rather than a failure by the Fed.

The effect on gold and silver appears to be read as negative, assuming on a net basis banks and debtors will scramble for liquidity. While this is obviously true, it ignores the fact that the Fed will always step in to ensure there is ample liquidity, as its intervention in repos demonstrates.

The true problem is changing assessments of counterparty risk, affecting access to credit for one or more banks. But meanwhile, it provides an opportunity for the bullion banks, combining with quarter-end factors, to feed negative sentiment in bullion markets.

We should expect the consolidation to last a few more weeks, with the gold price potentially (but not necessarily) drifting lower to the $1450 area, and silver to test the $17 break-out level, assuming the negativity from the failure of the repo market continues.

The effect on the dollar is short-term bullish, as our third chart shows. 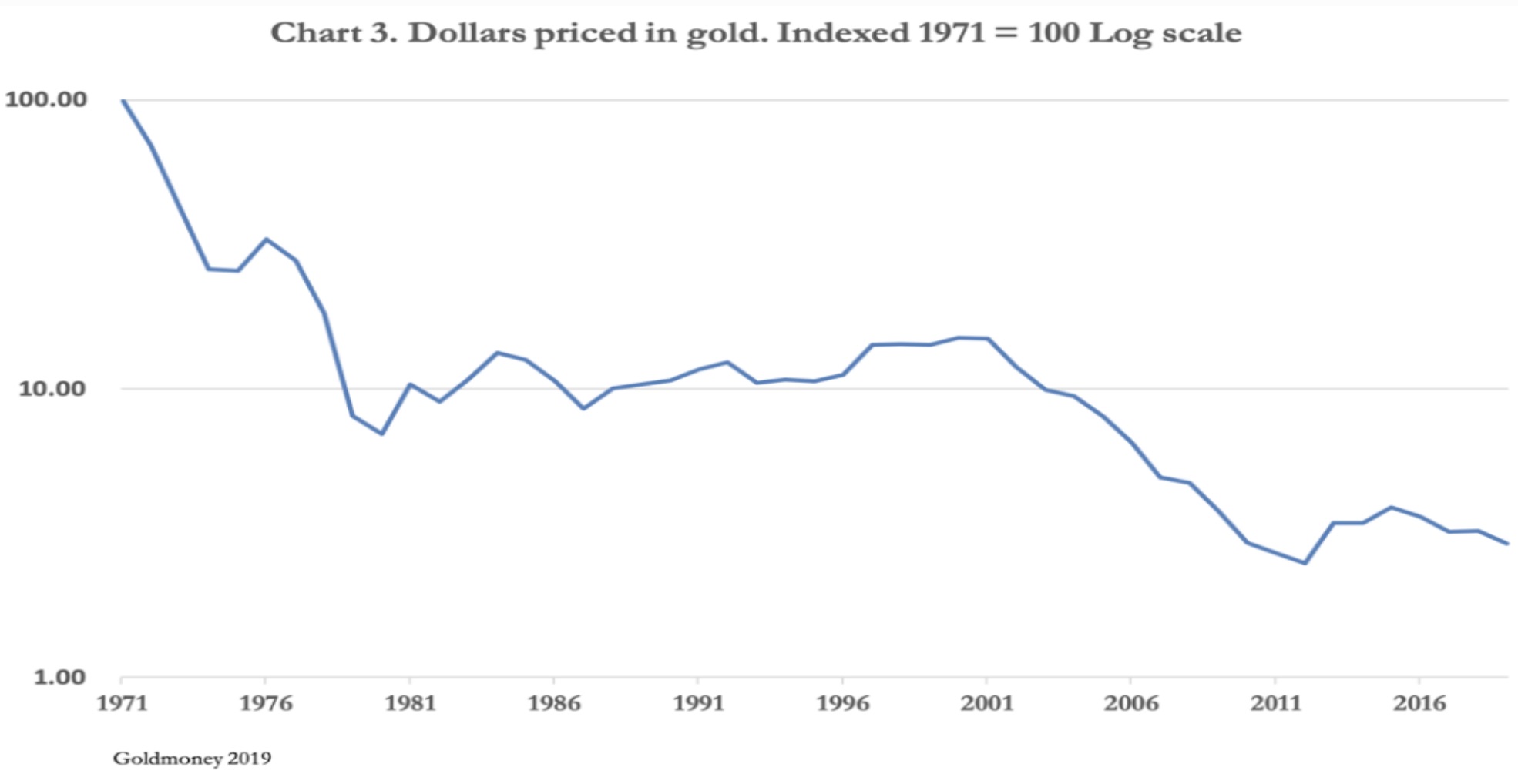 The dollar’s trade-weighted index is mounting another challenge to the upper line of an established channel. If it breaks above it convincingly, it should have enough momentum to challenge the 102 level, and possibly above.

It does not mean that gold and silver will necessarily face a bear phase. The heavy weighting of the euro in this index tells us the euro is likely to be the problem. Perhaps that’s a clue as to which primary dealers may be facing difficulties in New York.

MAJOR UPDATE: What To Expect Next For Gold CLICK HERE TO READ

Celente – The Price Of Gold Is Going To Spike Well Above $2,000 Before The Greatest Depression Strikes CLICK HERE TO READ