With gold surging $15 and silver up 40 cents as the price of crude oil nears $54, what is unfolding in gold and the energy markets is truly shocking. 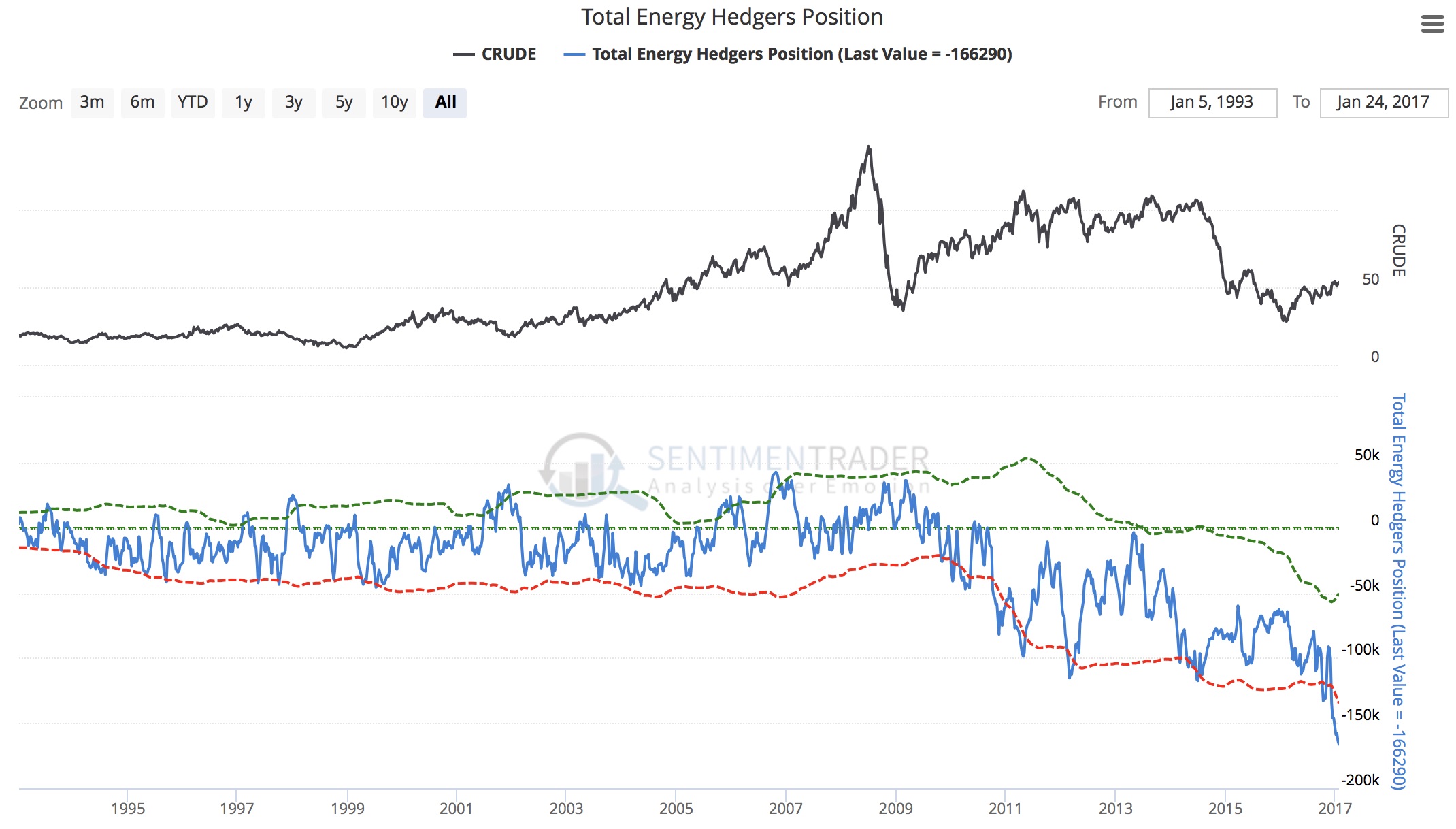 If we look at the crude oil market specifically, the commercial shorts are also near an all-time record (see 23-year chart below). 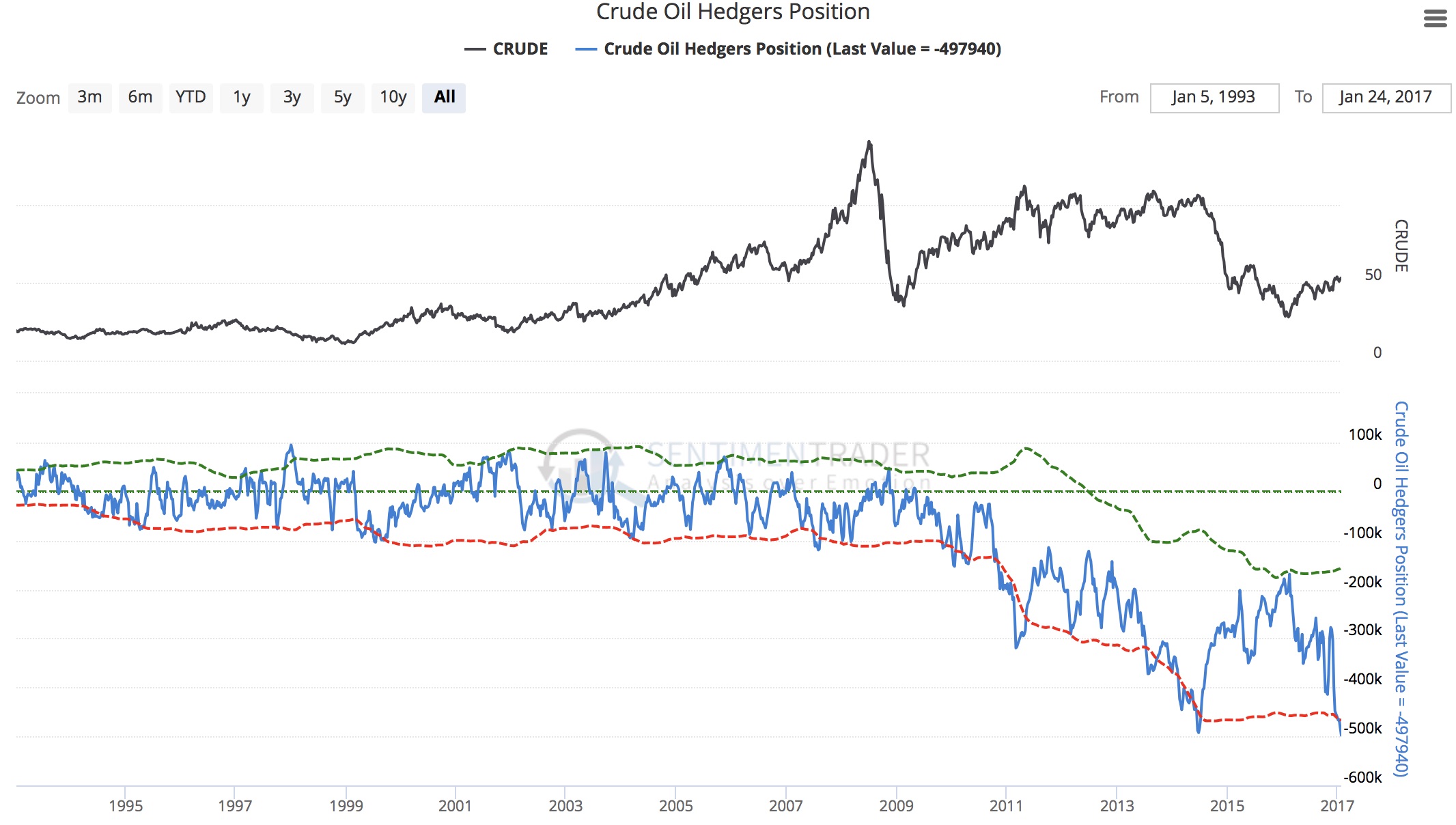 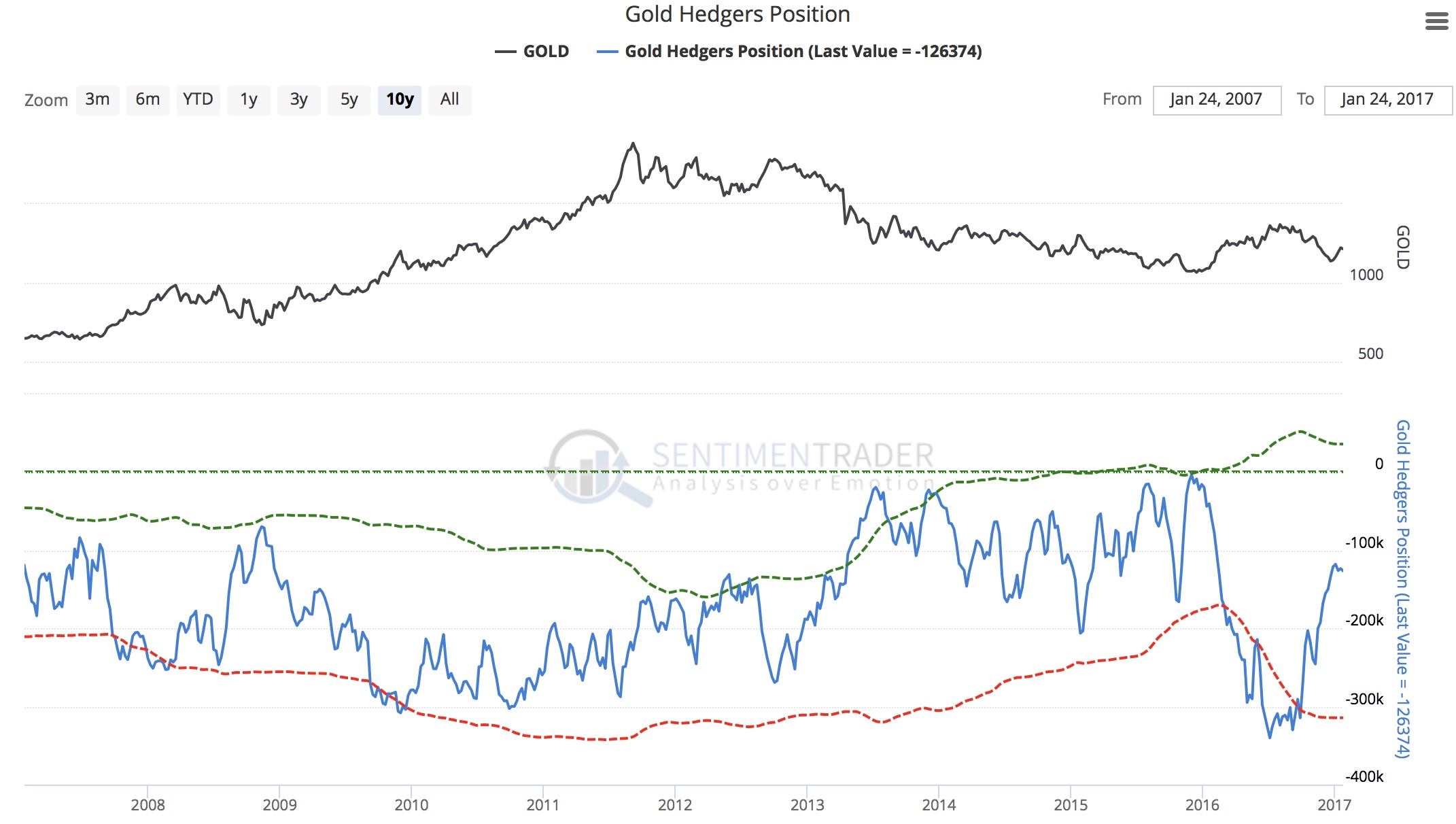 Although there has already been an enormous amount of commercial short covering in the gold market, as John Embry told KWN yesterday:

“The open interest decline for the last three days of last week was a jaw-dropping 86,000 contracts, representing over 8.6 million ounces of gold!  I don’t think I have ever seen a decline of that magnitude in such a short period of time.”

What that means is we should see another large reduction in commercial gold shorts when the COT report is released on Friday. John Embry also told KWN that because the commercials were aggressively covering shorts in the gold market, this would pave the way for the next leg higher for gold which may already be unfolding:

“This (commercial short covering) sets gold up for another upside surge in the upcoming period.  This will be a move that is more than justified given the inflation that is beginning to rear its ugly head globally as well as the remarkable undervaluation in the gold market that currently exists.  If gold had just kept up with inflation over the past several decades it would be trading in excess of $3,000.  And with the prospects of a global hyperinflation increasing by the day, the upside potential for gold boggles the mind.”

King World News will keep readers across the globe updated on critical developments in the gold, silver, and energy markets as they unfold.  Although gold may be poised to head higher in the coming weeks, the energy markets, particularly crude oil, remain very vulnerable to a major setback in price.  For now it will be very interesting to see how these markets trade in the days and weeks ahead, especially with the commercials extremely active in these key markets.