After 6 Straight Days Of Gold Gains, Here Is Why The Next 2 Days Are So Important For Gold Bulls…

On the heels of 6 straight days of gains in the gold market, here is why the next 2 days are so important for the gold bulls…

From Jason Goepfert at SentimenTrader:  Gold buyers have enjoyed the past week. The metal has recorded six straight days of gains, even though it remains below its 200-day average. That hasn’t been a great sign for its prospects going forward, but if buyers persisted for the next couple of days, it had a good chance of leading to positive longer-term returns as well…

Gold’s Impressive Streak
SentimenTrader continues:  One market that has been enjoying the noise over the past week is gold, which just recorded its sixth straight gain. That’s an impressive streak, especially since it’s still trading below its 200-day moving average.

A Good Sign Of Longer-Term Gold Demand
The table below shows similar gains over the past 30 years. It’s interesting to note that if buyers managed to push gold higher over the next two days, that had a +0.7 correlation to its return a year later. Correlation ranges from -1.0 (perfectly negative) to +1.0 (perfectly positive). The suggestion is that if buyers are so interested in owning the metal, it has been a good longer-term sign of demand. 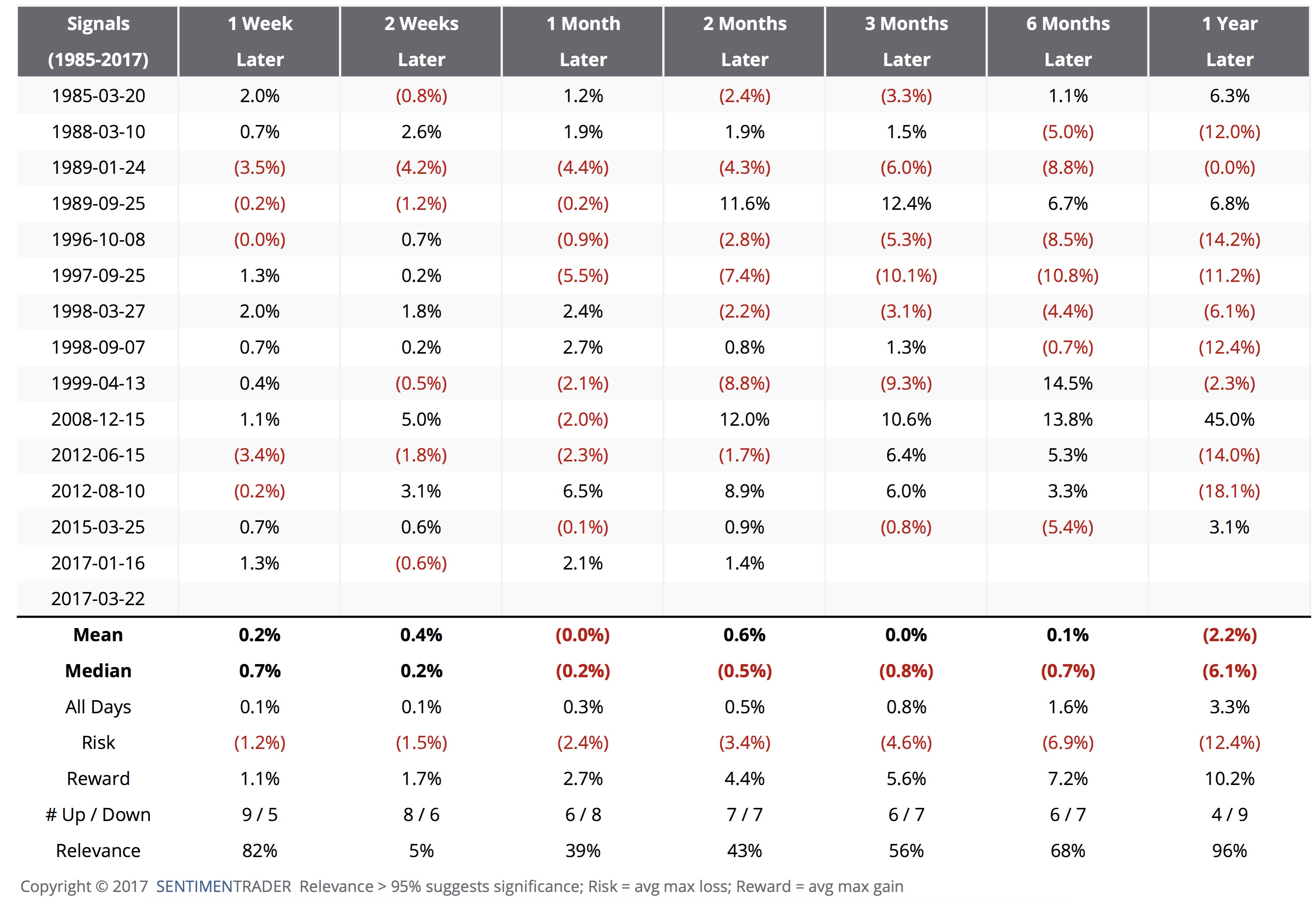 ***ALSO JUST RELEASED: A Crisis Is Brewing That Is Truly Terrifying CLICK HERE.