As we kickoff the week with more wild trading, a dangerous game of financial poker is being played, gold ignores latest Trump tweet, a look at silver’s surge, plus is a surprise Chinese currency devaluation in the cards?

Price Of Silver Could Go Straight To $21
August 26 (King World News) – Graddhy out of Sweden:  “I have elaborated previously about my thin zones…And I’ve said that I think silver could go straight to 21. And the more I look at it, it looks more and more likely. I think we are in a massive runaway move. Over 18 and we light the after burner up to 21. (See below).

If Silver Breaks $18 It Should Surge To $21 Quickly 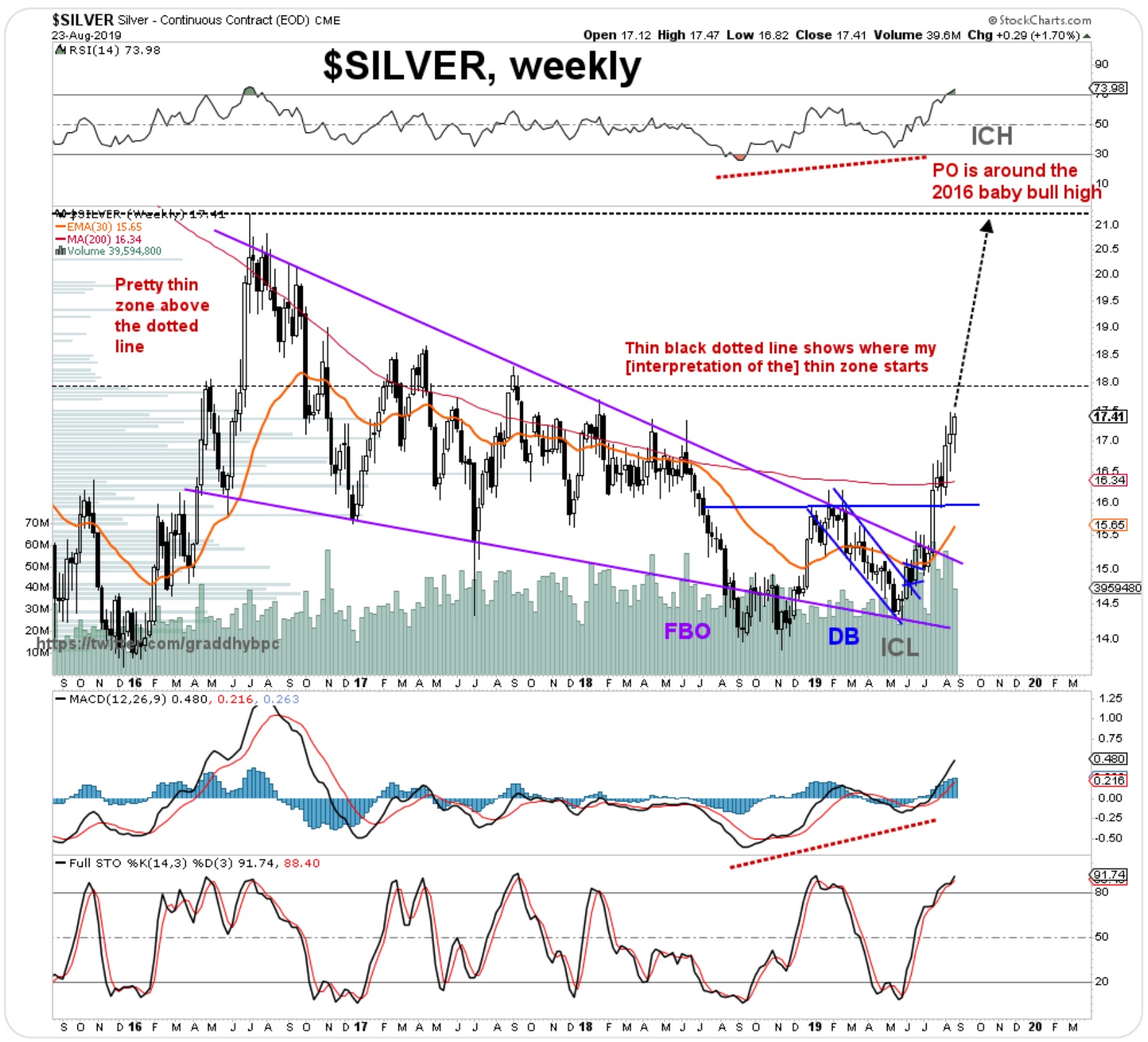 A Dangerous Game Of Poker
Sven Henrich:  “Markets don’t care whether Trump tells the truth or not. They care that he freaks out when markets drop and immediately backpedals. Once a poker player reveals his tell he’ll get called again and again and again.”… 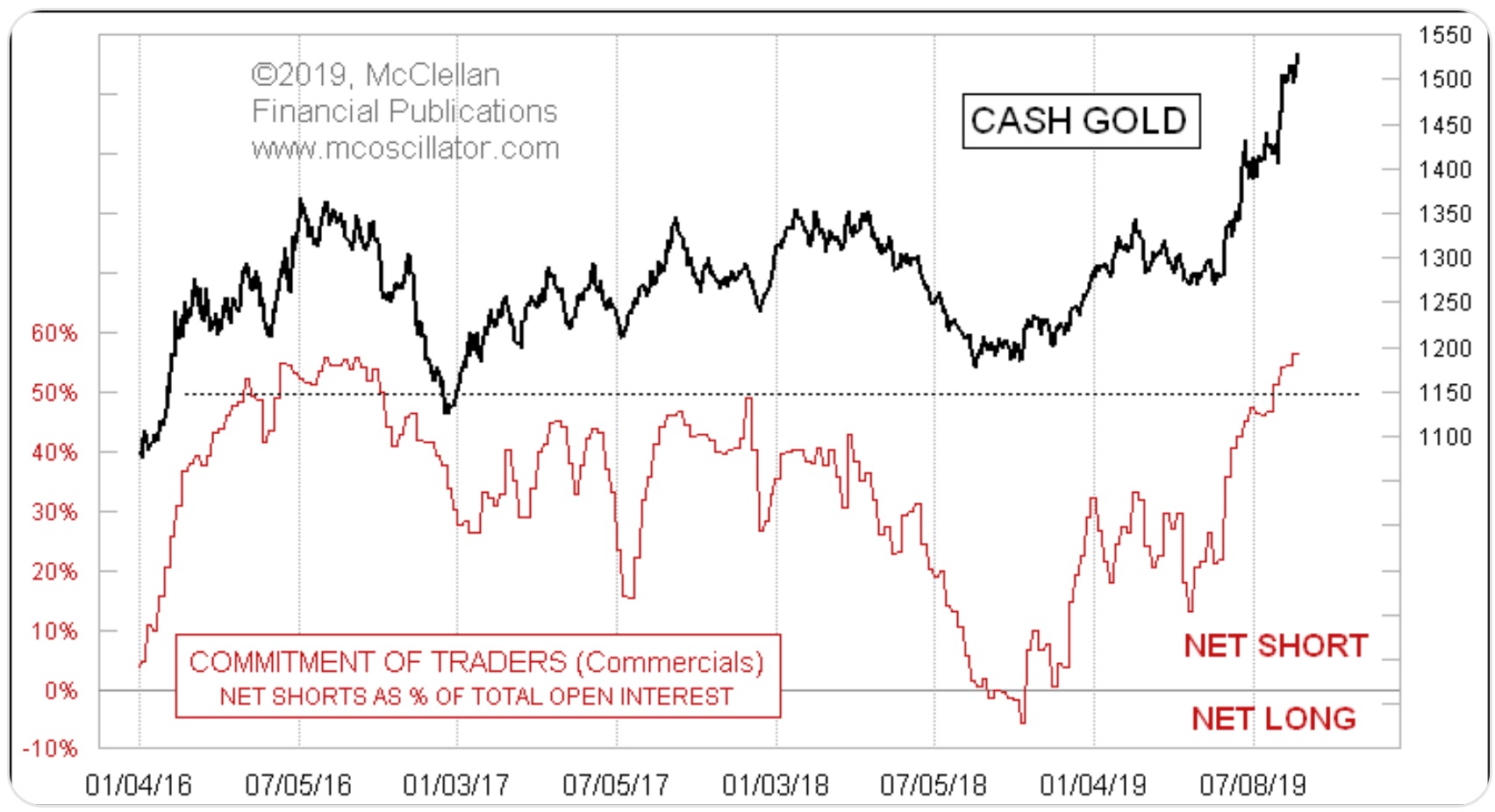 Tom McClellan continues:  “They have been net short continuously since late 2001, until the minor excursion onto the long since in 2H of 2018. So one must understand that the game consists of evaluating the current position relative to their skewed normal range, a regular topic in my Daily Edition.”

Is A Surprise Chinese Currency Devaluation In The Cards? 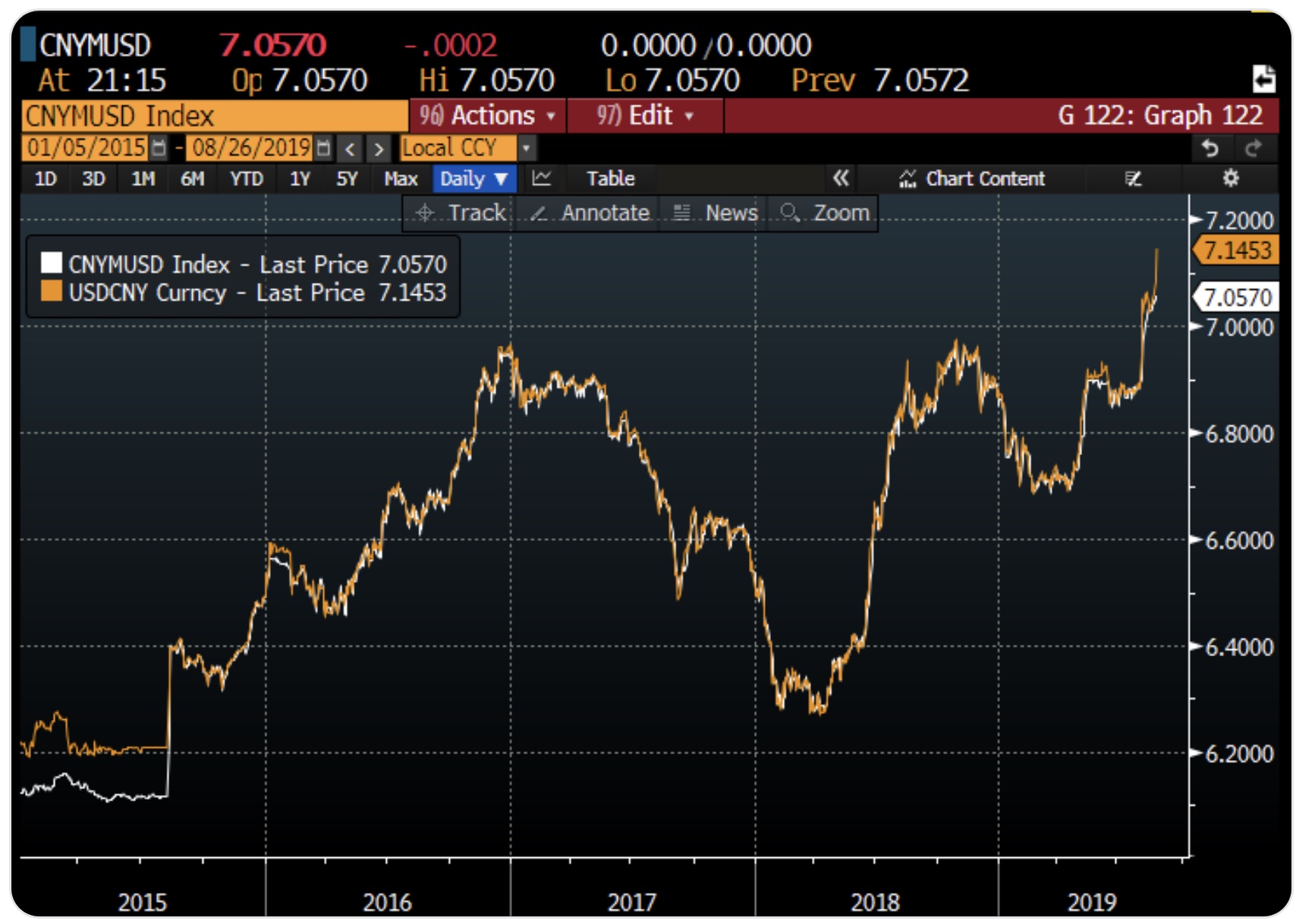 Gold Continues Crushing Stocks
Keith McCullough: CEO at Hedgeye:  “GOLD: not down on the latest alleged “China deal” … Up +25.2% in the last year alone, crushing “stocks” both locally and globally as Quad4 hit in Q418 (see below). 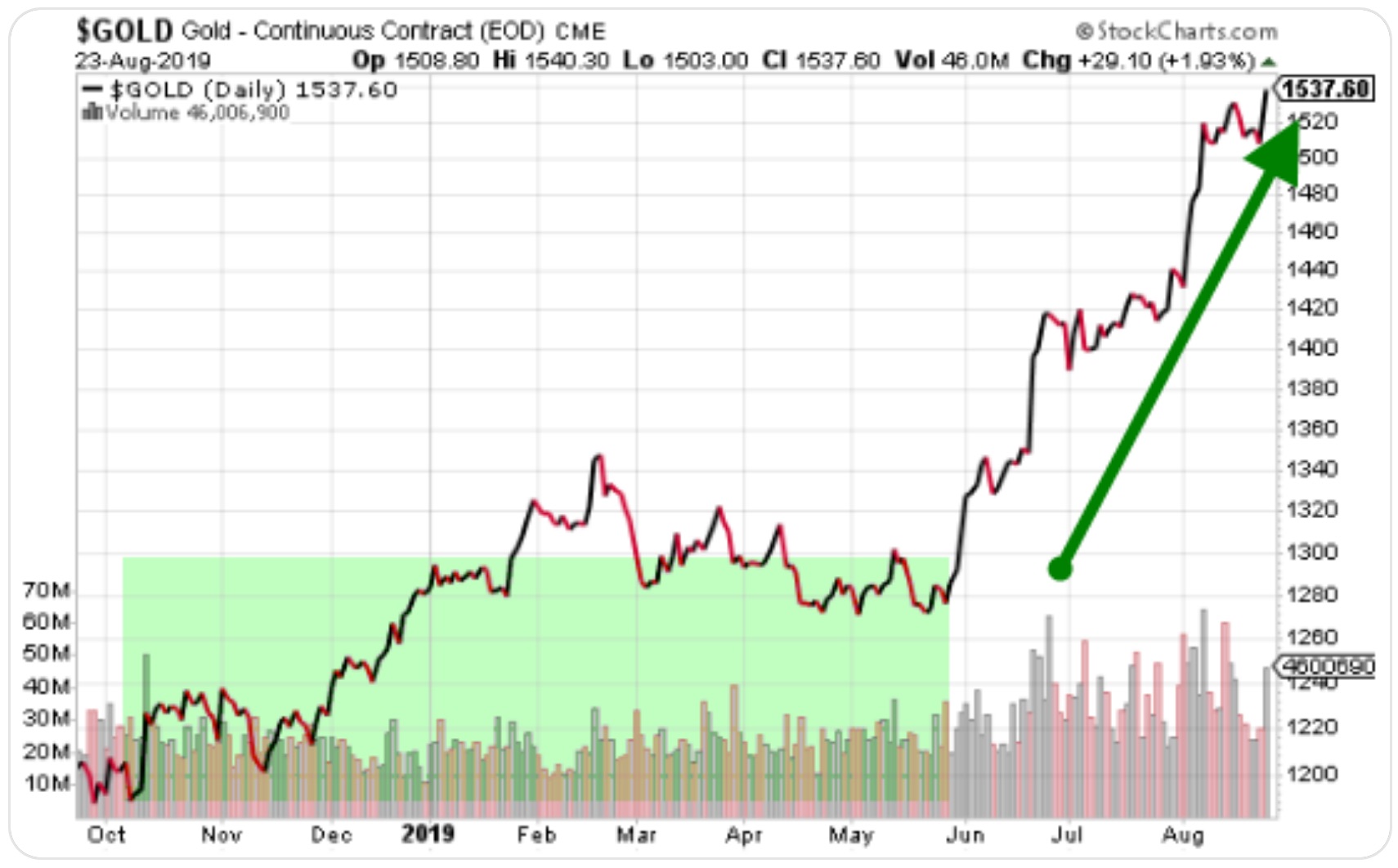 What Gold’s Rise Really Means
Daniele Lacalle, Chief Economist at Tressis:  “Gold rise means citizens understand that their governments will try to destroy savings and wages via currency depreciation. The idea that governments can print all the money that they want creating its own demand is false. The first to reject the currency are their own citizens.”

Gold’s Surge Is Exposing The Lies of Counterfeiting Governments

Greyerz – The World Is Minutes From Total Collapse
READ THIS NEXT! Gold Hits All-Time High, Plus Keep Your Seatbelt Fastened CLICK HERE TO READ