On the heels of the fierce trading action in gold, silver, and the U.S. dollar, here is a look at the bigger picture.

From Jason Goepfert at SentimenTrader:  “Optimism on the U.S. dollar has perked up. The Optimism Index dropped to as low as 45 on October 3 but has since jumped to 70, the third time it has reached this threshold in the past year (see 10-year chart below). 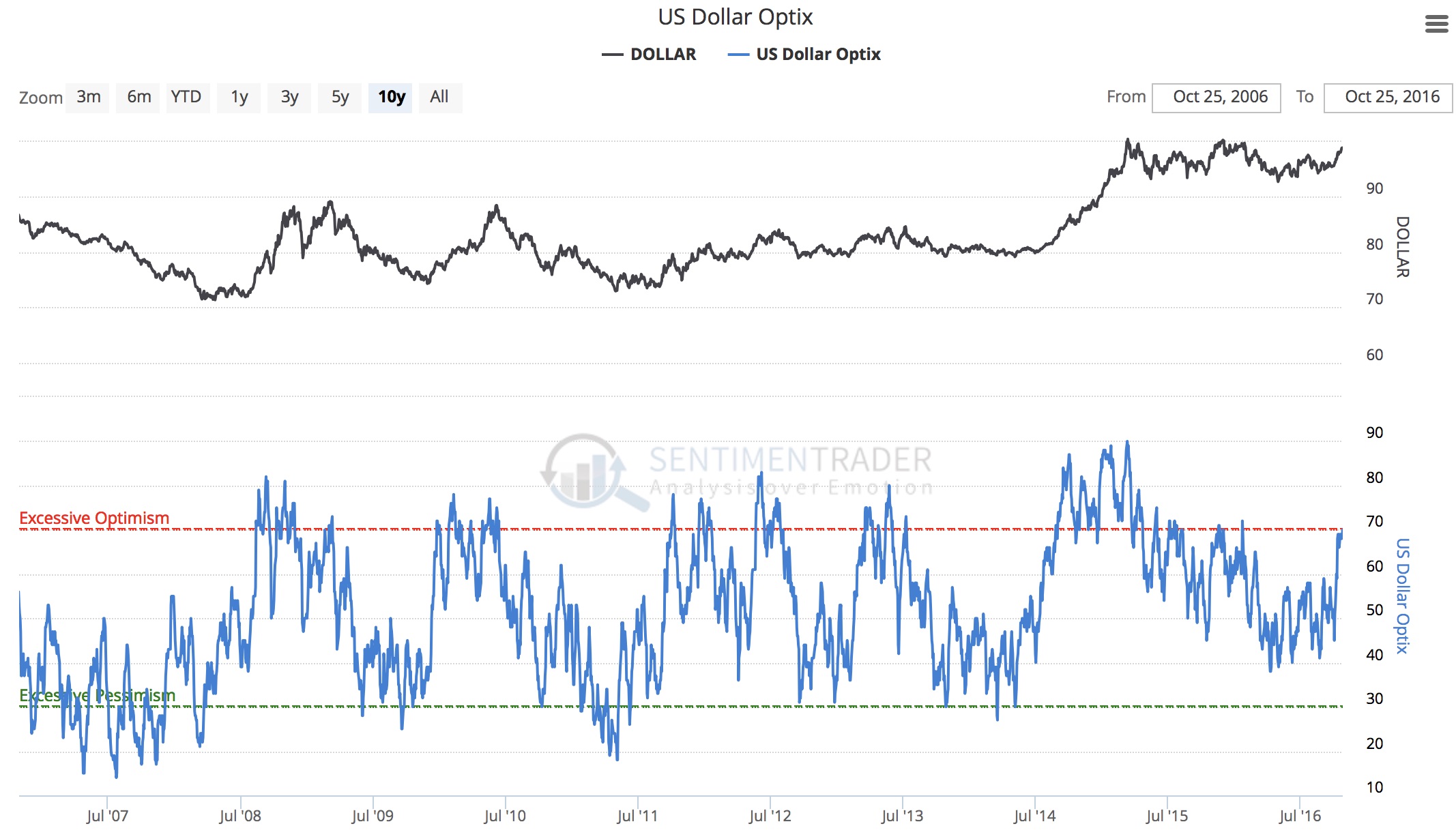 The other two (mid-November 2015 and late January 2016) led to a topping pattern in the dollar, but historically, it has taken an Optix reading between 80-90 to signal overheated optimism in bull markets.”…

King World News note:  For those of you that are wondering what the Optix look like for gold and silver, below you can see the sentiment reading for the gold market, which is well off its high: 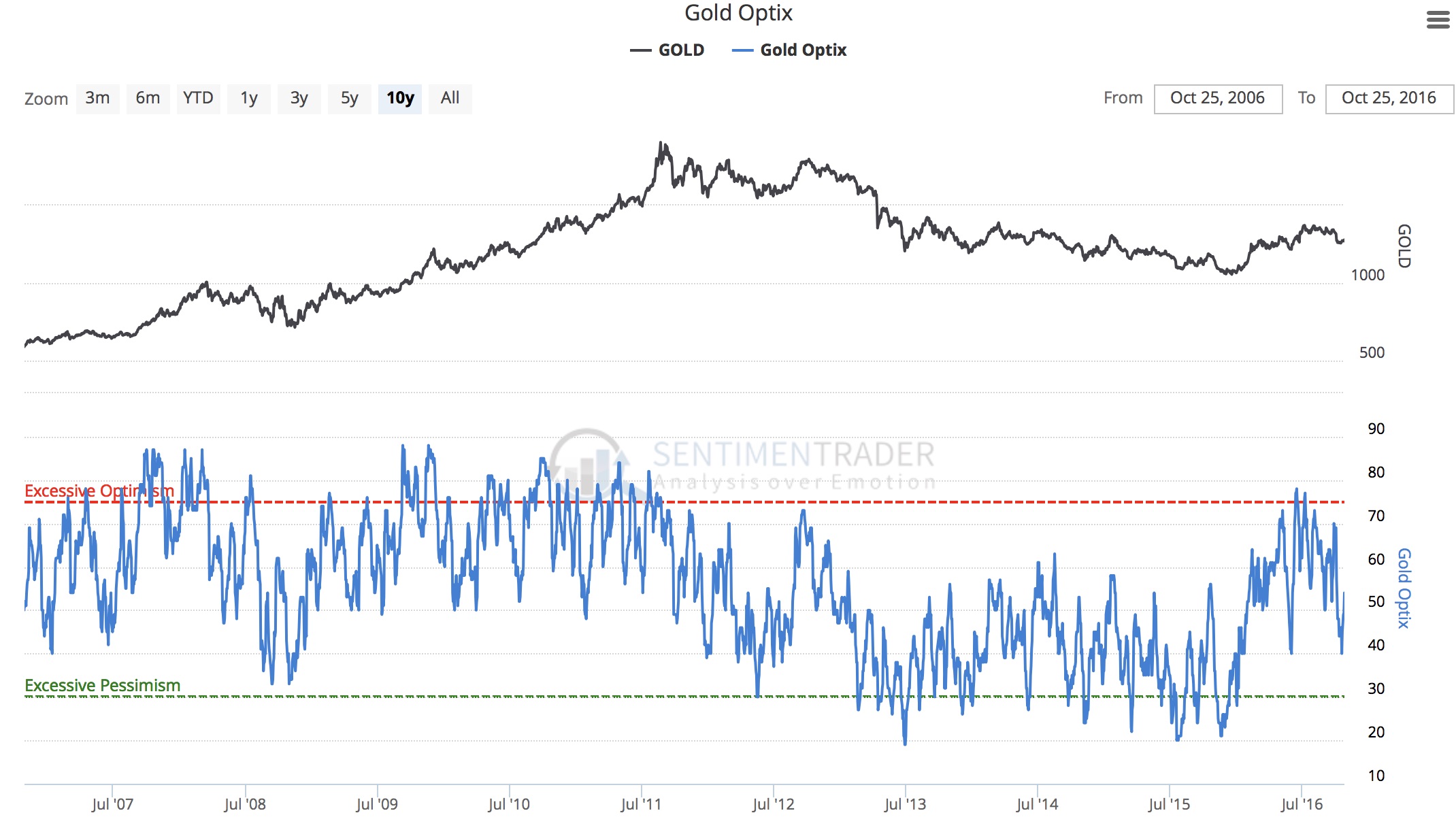 And below you can see the sentiment reading for the silver market, which is also well of its high: 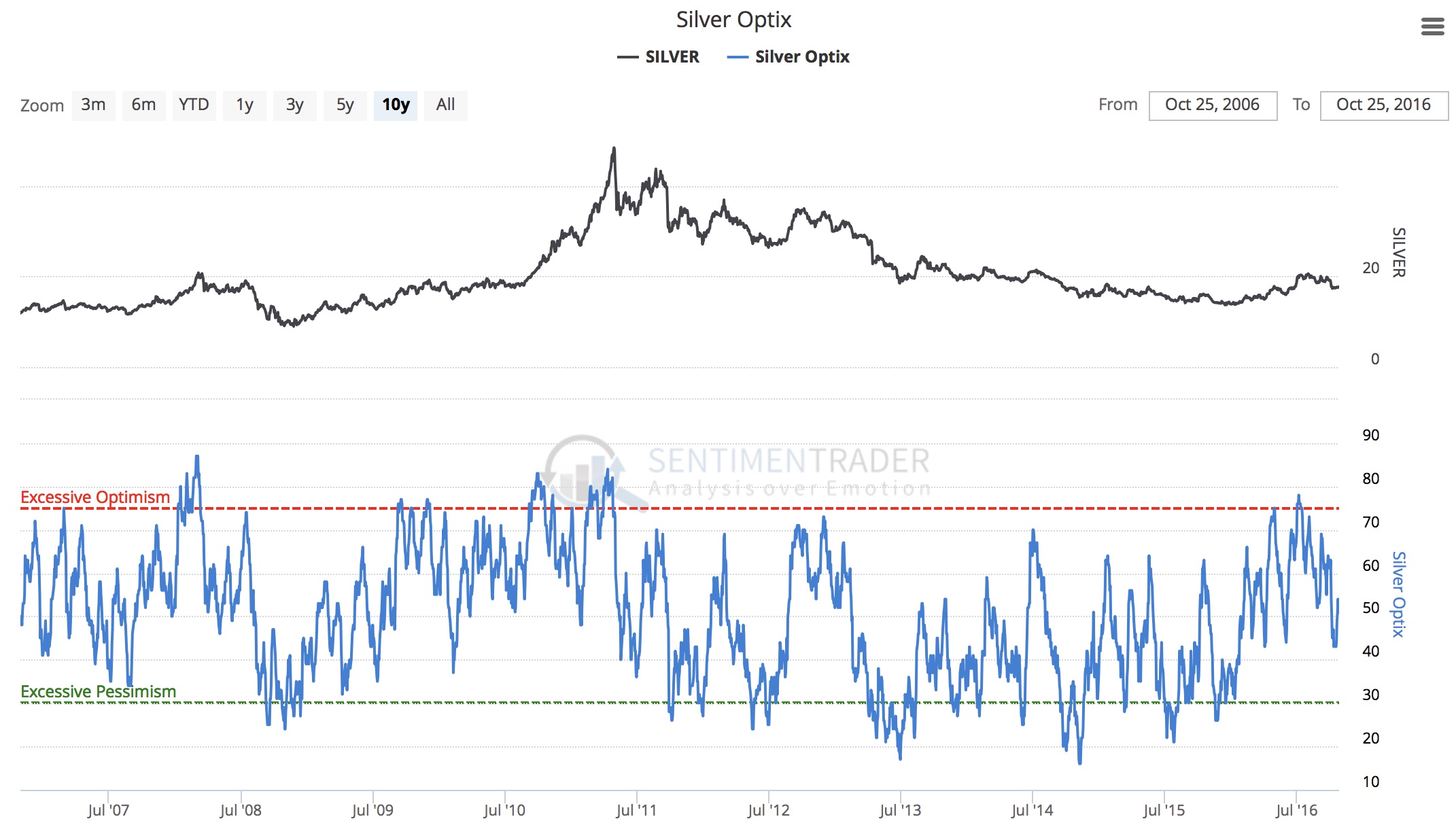 Again, this is the type of action you should expect to see during a secular bull market advance.  It will be interesting to see how the dollar, gold, and silver trade in the coming weeks.

***ALSO RELEASED:  Here Is The Key To The Rally In The Gold & Silver Markets, Plus A Surprise CLICK HERE.