With crude oil tumbling nearly 3 percent and continued uncertainty in global markets as investors remain concerned about the U.S. jobs report, today King World News wanted to take a step back and look at 5 of the most shocking charts of 2015!

The following charts are from the Wall Street Journal.  The first chart below from WSJ shows that while the disposable personal income of Americans has been rising over the past year, their spending habits have not.  It's the same problem — banks are not lending and people are not spending.  Note in the graph to the far right that inflation is woefully below the Fed's target.  Does this open the door for additional QE? 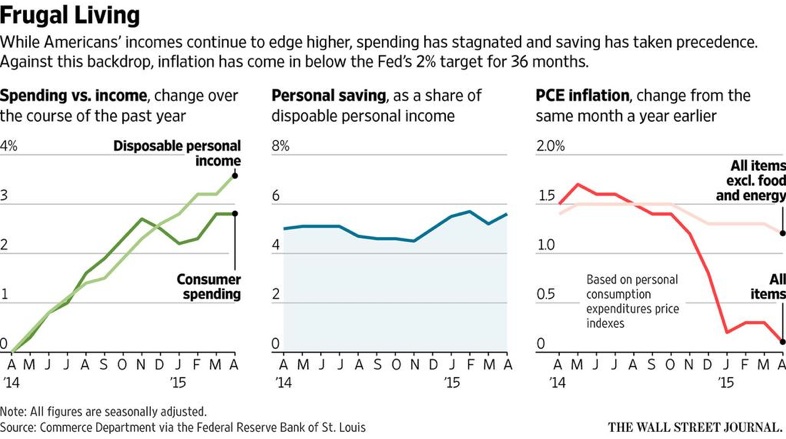 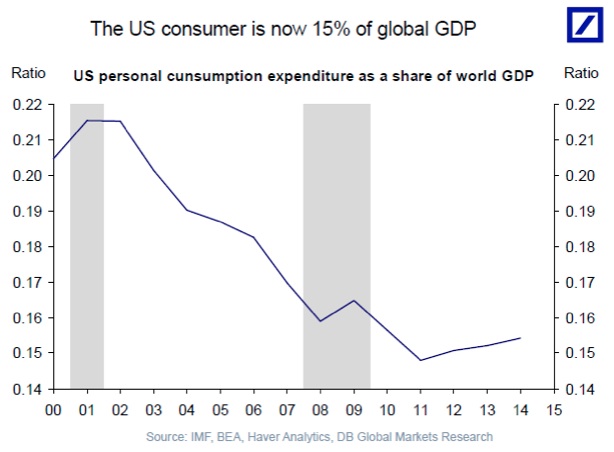 The third chart below from WSJ shows that growth is stagnant in Europe.  Also note that the level of inflation in Europe is nowhere near the ECB's target inflation rate. 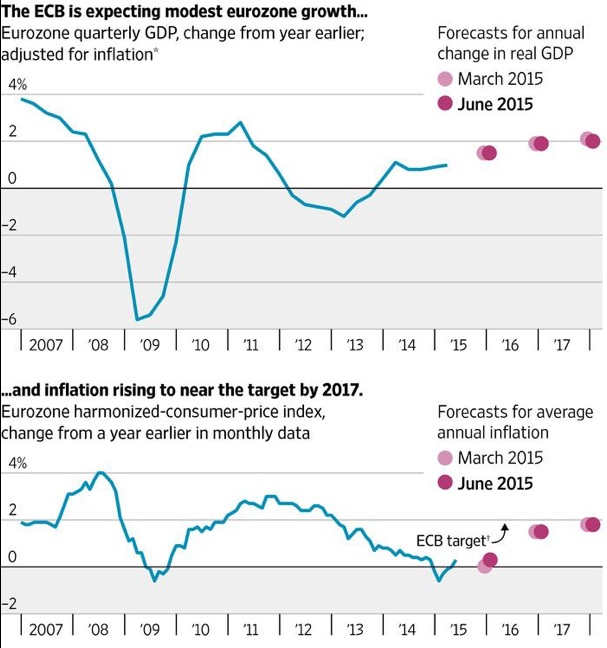 So earlier this week legendary Mark Mobius asked: "Will QE in Europe work?" He then warned, "Banks haven't been lending, people haven't been spending." 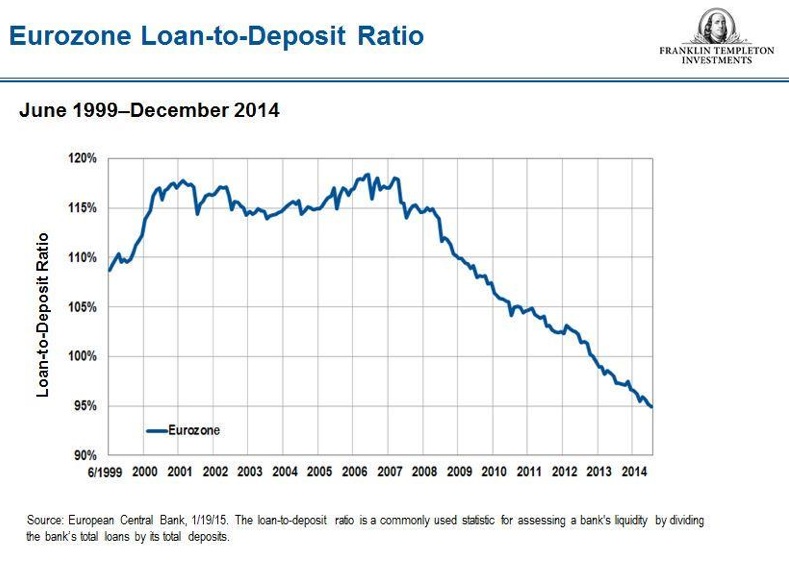 Consumers not spending across the globe is certainly a bad thing for China, but you wouldn't know it by looking at the following chart.  Look at the insane disconnect between China's GDP growth estimates and the manic action in the Chinese stock market. 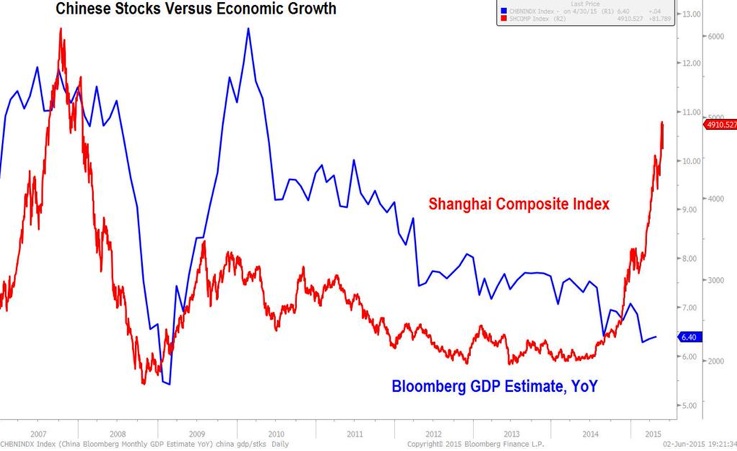 GOLD: What More Do You Want? Plus People Worried And Turmoil In The Land Of The Rising Sun