$20,000 Gold, $740 Silver
April 4 (King World News) – Graddhy out of Sweden:  The Gold 8 year cycle charts I have been posting at the service are playing out very nicely and as expected. My price targets for the bull market are still the same as first posted back in 2019: Gold $10,000 Silver $370. If things get really wild we could see double that…

Gold Priced In Euros Looking Very Good
Graddhy out of Sweden:  Gold in euros backtest of August 2020 high is looking pretty good, which is a good sign. 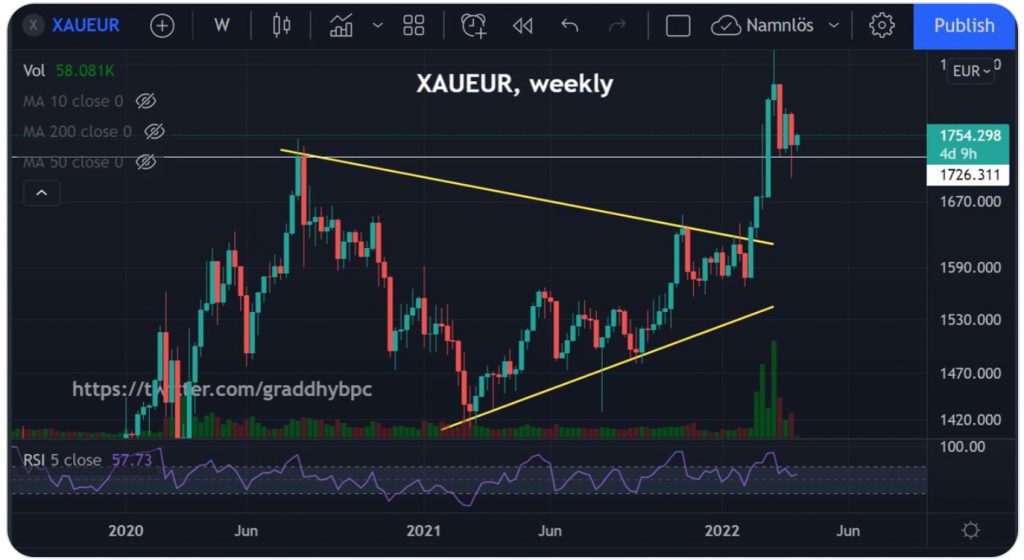 Revenge Of The Silver Miners
Graddhy out of Sweden:  This symmetrical, massive blue triangle stretches all the way back to the bear market bottom in 2015/16. We had a false breakout (FBO) and it is now at the gates, thinking about breaking out above the blue resistance line. Big patterns/moves take time to build. 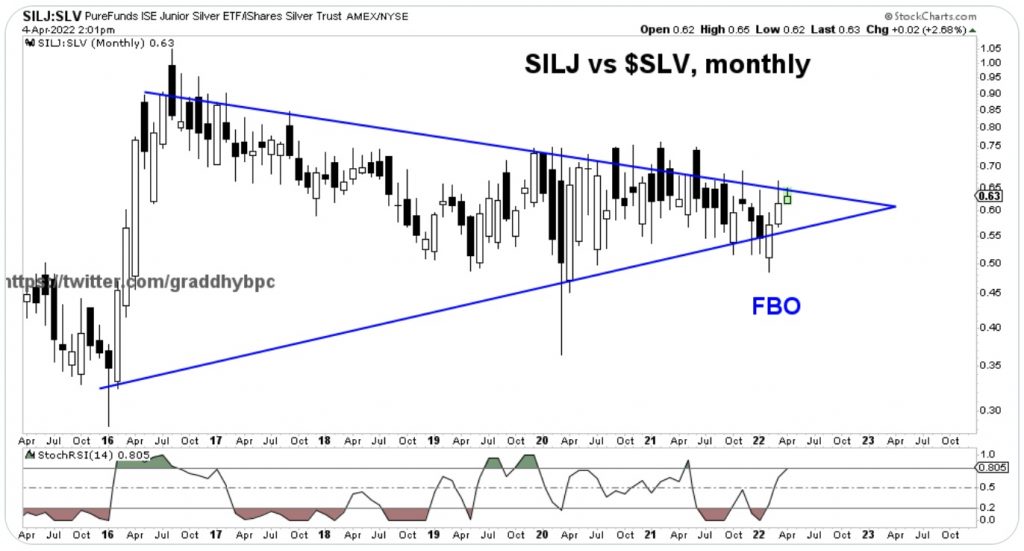 Truer Words Were Never Spoken
Peter Brandt:  What can stagflation with rising yields and energy prices do to the stock market? From 1965 until 1983 (18-years) the U.S. stock market Dow Jones went up, down and NOWHERE I believe U.S. equities will follow the script set by this period.

US Stocks Went Nowhere From 1965-1983
During The Great Stagflation 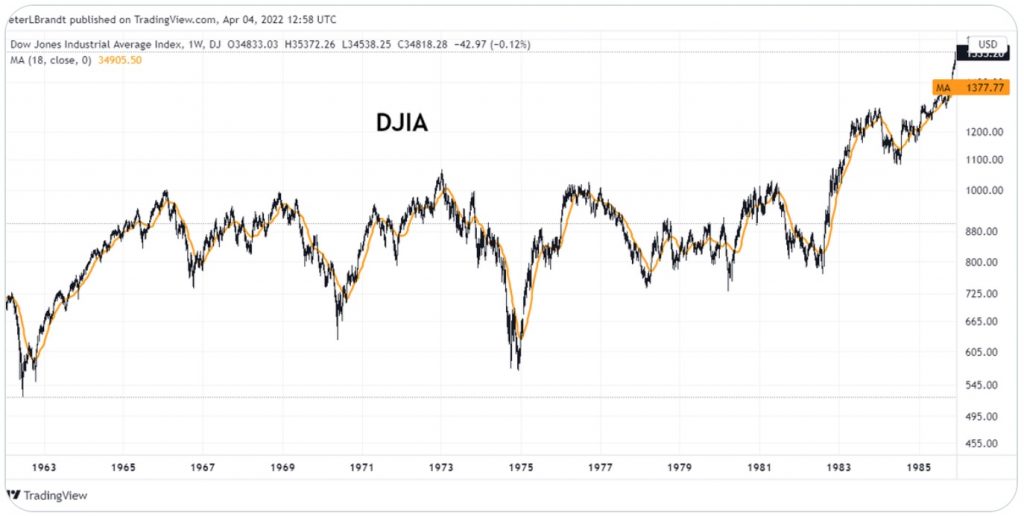 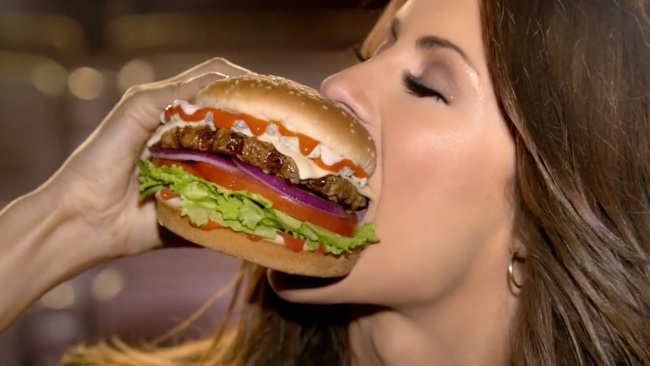 This Won’t Show Up In CPI Or PCE Calculations
Peter Boockvar:  Companies are going to do what they can to recapture lost profit margins due to higher labor and raw material costs. Some attempts will be more obvious than others. I was at a restaurant in Boston Saturday night and found a ‘Kitchen Appreciation Fee’ of 5% on the bill. This was followed by a friend’s trip in Brookline to a bagel store the next day which included a ‘10% Fair Wage Surcharge.’ You can be sure these won’t show up in the CPI and PCE calculations. 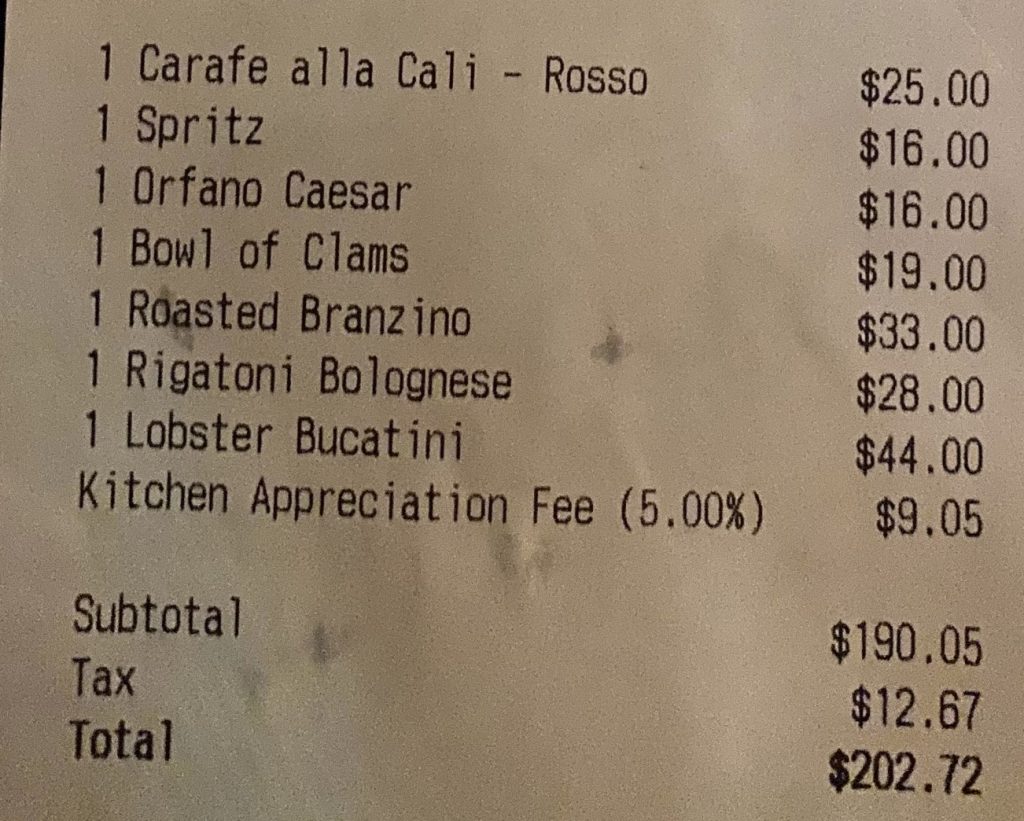 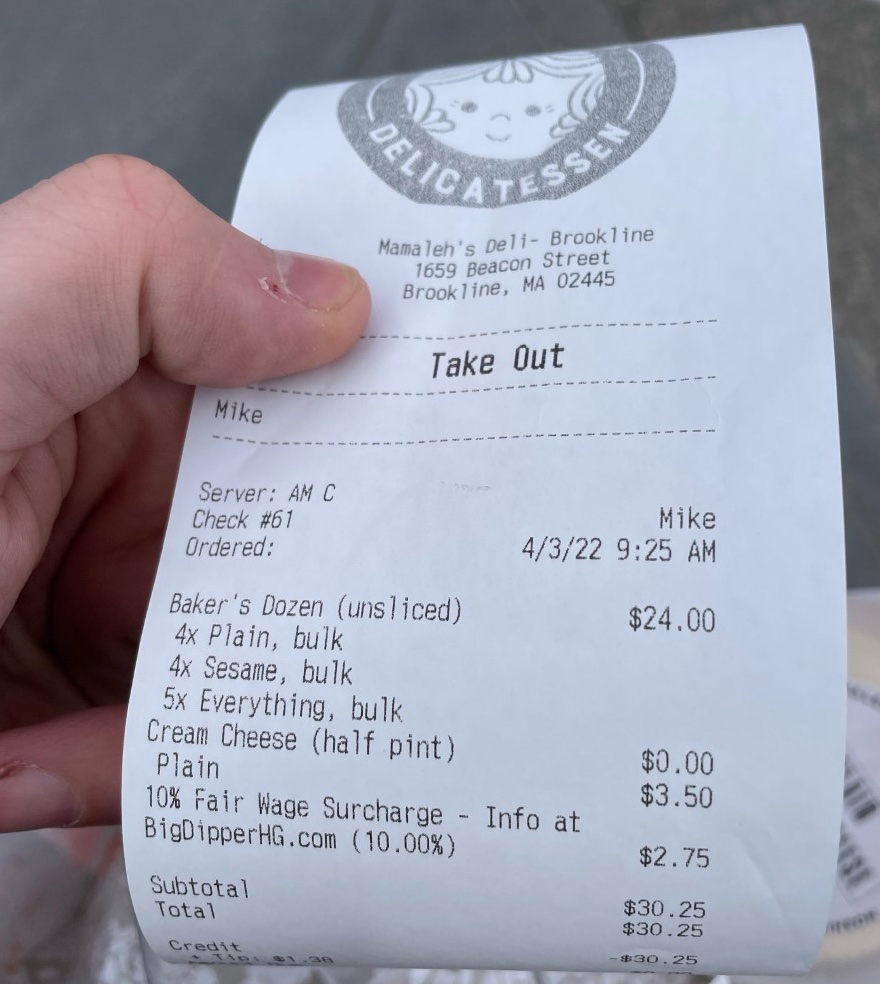 Europe Already In Recession
As many debate the message of the yield curve, I’m not one who thinks this time is different and it’s clearly telegraphing an economic slowdown due to higher global inflation, monetary tightening and a likely recession in Europe. To that last point, here is what the April Eurozone Sentix investor confidence index said today which fell to -18 from -7 and well worse than the forecast of -9.4. 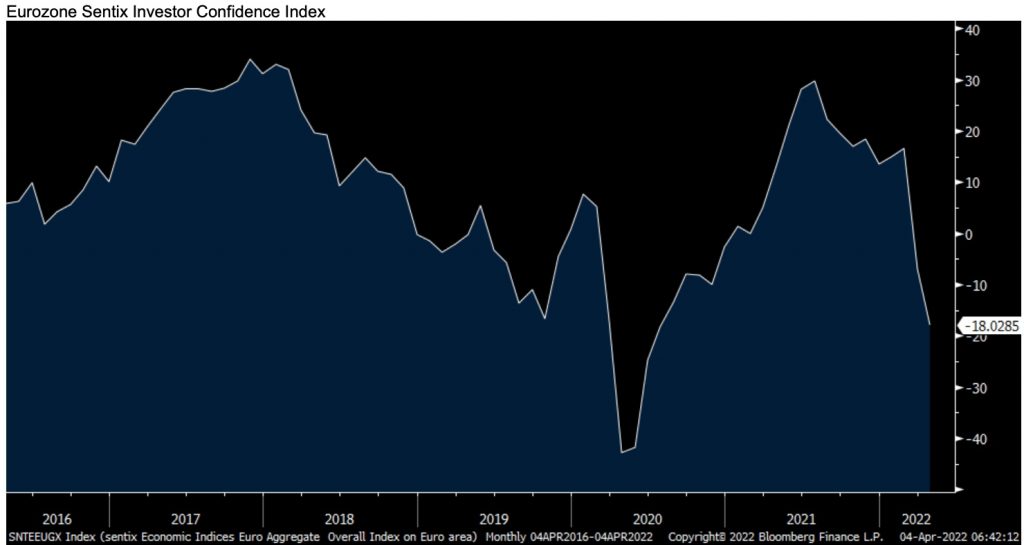 “When it comes to the question of when the recession began in the Eurozone, economists are likely to determine the beginning of the 2nd quarter of 2022 as the start of a recession in retrospect.

This is at least the conclusion we have to draw from the current data of the sentix business cycle indices. At the beginning of April, the sentix economic indices collapsed…Both the current situation and the expectations indexes are now negative, and the economy is thus beginning to shrink.”

As for help from other regions of the world:

“At the moment, no other global region can provide a real counterbalance. Even the Asian region is already stagnating.”

Bottom line, this is not hard data, it is just a sentiment diffusion index but at least tells you how people are thinking about Europe, war and with spiking energy prices.