Today one of the greats in the business discussed the 1998 and 2008 crises, Marc Faber and trapped central banks.

Eric King:  “Rick, you’ve had a chance to read the Dr. Marc Faber interview (on KWN). He was talking about the money printing binge all over the world and the fact if they are going to get the global bull market in stocks going again it’s going to require huge amounts of liquidity injections to be pumped into the system.”

Rick Rule:  “Well, first off thanks for posting it.  Faber is obviously comfortable interviewing with you and you tend to get the best out of him, which I appreciate because I always enjoy reading Marc.  And if you look at Marc’s track record going back 20 or 30 years in the Barrons Roundtable, he’s been an amazingly prescient observer…

“So I would be remiss challenging him on most factual bases.  Certainly Faber has the advantage of having played the same game and paid attention to the same statistics for a very long time.

I wouldn’t try to contradict anything he said.  What I would point out, in addition to some of the things that he has said, is that every time you go into one of these liquidity binges what you really do is forward-shift demand.

As an example, the 1998 loosening, which happened as a consequence of the Asian, Mexican and Russian contagions, took demand out what would have been occurring in 2000 and 2001, which of course made the liquidity squeeze in 2000 associated with the tech wreck worse than it otherwise would have been.  Similarly, the easing that took place in 2000 as a consequence of the tech wreck, forward-shifted demand from 2002 and 2003.

And the point that Dr. Faber makes is that we have continually, for 15 years, forward-shifted demand to the point where it takes increasing amounts of stimulus to generate weaker demand responses in the economy.  What Dr. Faber has described in the past as being between a rock and a hard spot is very much where the authorities find themselves now.”

Eric King:  “Faber also talked about the boom that happened all over the world from the massive Chinese demand (for raw materials) as there was real growth taking place in China.  Obviously that demand has greatly receded and it has caused a tumble all over the world, particularly in the emerging markets, Russia, and other places such as Canada.  What are your thoughts on what we will see going forward?” 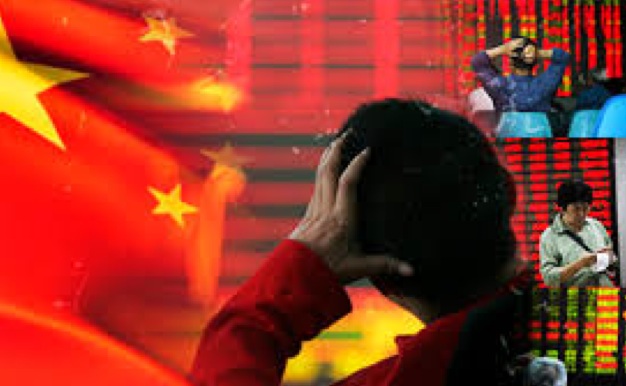 Rick Rule:  “At the same time that we were practicing quantitative easing in response to the 2008 global financial collapse, the Chinese were extremely aggressive making liquidity available in their economy.  Two bad things happened there…To listen to Rick Rule discuss the chaos in China and global markets as well as what to expect in the gold and silver markets CLICK HERE OR ON THE IMAGE BELOW.

***KWN has now released the extraordinary Marc Faber interview, where he discusses why this global collapse will be much worse than 2008 – 2009, what investors can do to protect themselves, what to expect in major markets, including gold, and much more, and you can listen to it by CLICKING HERE OR ON THE IMAGE BELOW.