On the heels of the dollar tumbling nearly 2 percent and the Nikkei plunging more than 3 percent, two legends just issued major alerts. 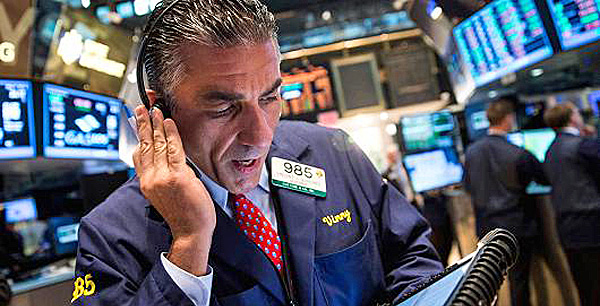 Two Legends Issue Major Alerts
First, here is a portion of today’s note from legend Art Cashin, which references what Nomi Prins was warning KWN about yesterday. As always, Cashin gets right to the heart of what could turn out to be a very dire situation:

The weakest group, however, were the financials, as fears of contagion began to resurface in a manner not seen since crisis trading. Several reports speculated that the weakness in oil and other commodities could lead to bankruptcies in the trading houses, even some of the largest. If that were to happen, it might have a large negative impact on some money center banks.

It will be interesting to see how Draghi and Kuroda react to the unwanted strength in their respective currencies. Stick with the drill – stay wary, alert and very, very nimble.

Second, below is a fascinating update on the gold market from legendary market technician, Louise Yamada.

February 3 (King World News) – Gold Spot price (GOLDS-1,118.17, see Figure 31, left), for the first time in three years there is a very minor saucer of accumulation for Gold, currently addressing the declining 200-day MA. We have cited 1,200 as the first important resistance to be addressed, representing the broken support of 2013-2014. Simultaneously, now, 1,200 would also address the 2013 downtrend that has confined each rally over three years, creating a series of lower highs (representing selling into strength).

Gold had nearly achieved our 1,000 target, representing a strong support from the 2008-2009 price action, where we anticipated Gold might stabilize. The accumulation at hand (see saucer on the right hand side of the chart below) suggests 1,200 may be achieved, but technically a larger consolidation should be needed to carry price much higher at the moment. 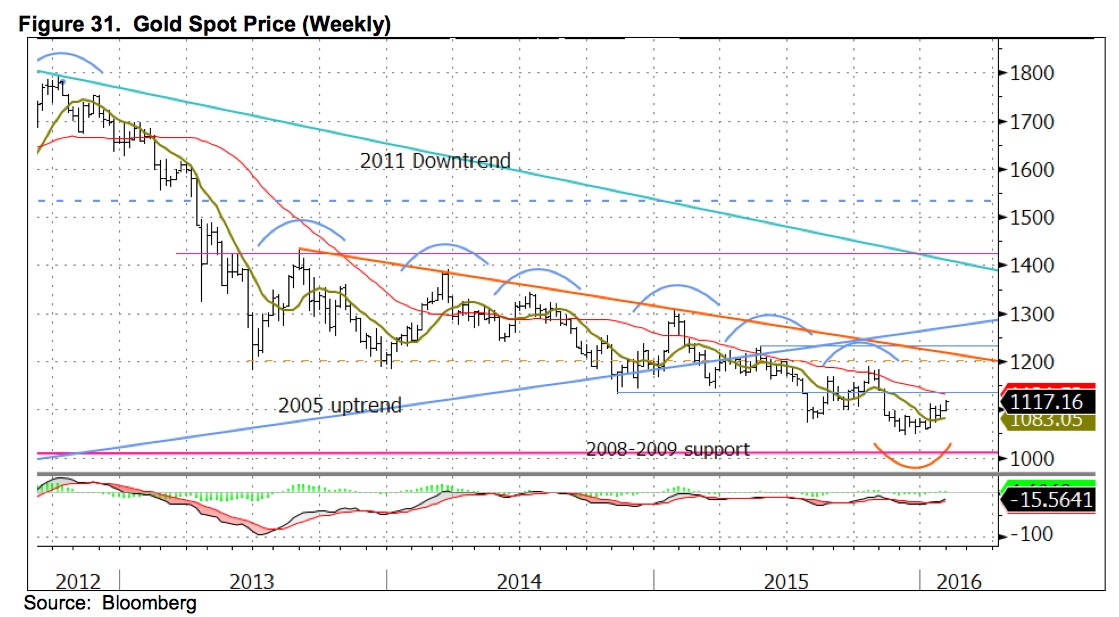 We know the S&P 500 (or DJIA) versus Gold ratio suggests an inverse relative strength performance relationship (as depicted herein last month in Outlook 2016). But even if the equity market corrects, Gold can outperform simply by not going down, as well as by moving up moderately.

Given the 45% decline for gold, we would anticipate a larger period of repair prior to a significant move up. The weekly momentum model has been essentially flat throughout the past two years; the monthly remains flat but negative, neither offering a strong message at this time.

Yamada is now watching the $1,200 level very closely in order to see if there is a major trend change in gold.  Yamada has been correct on gold’s downward trend for quite some time, but she will turn bullish if her long-term indicators give her a buy signal.  KWN will immediately alert readers as soon as Yamada issues a buy signal on gold.

***KWN has now released the powerful audio interview with Peter Boockvar, where he warns we haven’t seen real chaos yet, but it’s coming and gold is going to skyrocket, and you can listen to it by CLICKING HERE OR ON THE IMAGE BELOW.

***ALSO JUST RELEASED:  ALERT: Nomi Prins Issues Dire Warning – We May Have Just Witnessed The Trigger For The Next Global Collapse CLICK HERE.