Today one of the top money managers in the world warned King World News about earth-shaking events that are taking place in the East.  He also discussed the centerpiece of China's plans for world domination that will shock people in the West.

Stephen Leeb:  “Eric, as you know, for quite some time I have focused on East vs West and the East is really kicking our rears right now.  The latest thing everyone is talking about is what China is doing with its infrastructure bank (AIIB).  But even more significant than that, in my memory and I’m not a young guy, I’ve never hard of Great Britain thumbing their nose at the United States….

“But Great Britain did.  They said, ‘We’re joining this bank.’  This is a bank that will be very competitive with the World Bank and it’s dedicated to infrastructure throughout Asia – throughout the Silk Road.  This is going to give China a tremendous amount of clout throughout the entire Eastern part of the world, even extending to Saudi Arabia. 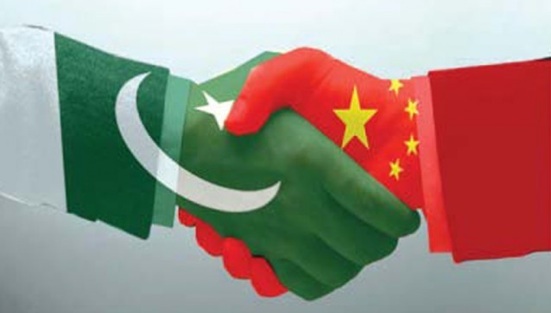 Another interesting development is this Pakistani Corridor, which is going to be a multi-billion dollar ($10 billion to $30 billion) expenditure on China’s part.  It will not be easy getting this work done through Pakistan but the Chinese are doing it because on the other side is Saudi Arabia and that’s a very important part of this whole Silk Road Initiative.

Another important part of the puzzle is this port in Greece from which China plans to start trains running that will head up to Hungary.  Hungary has always been sort of a dividing line between the West and the East. 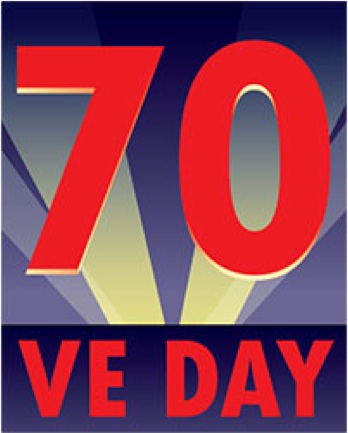 Also, in a Chinese newspaper there were two stories, both talking about the 70th Celebration of the end of World War II.  One story said they were going to celebrate and invite Japan, etc.  The second story was essentially saying the same thing but it had one important line:  I’m summarizing here but it said our (China's) goal in modern times is to see that what happened at the end of World War II, meaning the results at the end of World War II, still holds sway.  What does that mean?  Does that mean that all of eastern Europe that the Soviet Union once controlled goes back to the East?  It was deliberately not clear what China meant by that but I found it very interesting because China is extremely ambitious.

One more interesting thing about China:  People always talk about how China always overstates data but China’s GDP is substantially understated.  It’s understated because everybody knows that they have not appropriately accounted for the service sector gains.  Once that is added to the existing equation, in terms of a purchasing power parity, China is already much larger than the United States and clearly the #1 economy in the world. 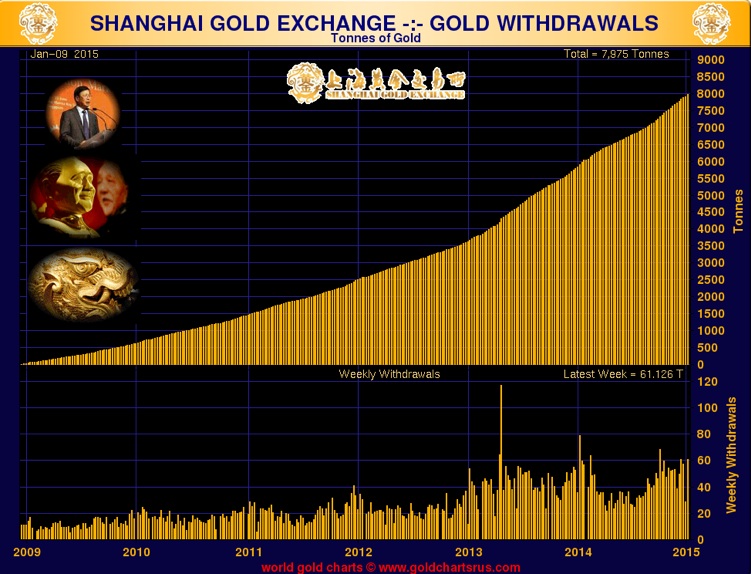 In the meantime, China continues to vacuum gold out of the West.  My feeling right now is that gold will be the centerpiece of China’s plans for world domination.  China has already discussed doing the financing of the AIIB using the Chinese yuan.  Once that yuan is backed by gold, you will see a dramatically higher repricing of gold like the world has never seen before.  That’s the way it’s headed right now and it will shock people in the West when it happens.

I can’t give you an exact time as to when gold will be dramatically repriced higher but I can tell you it’s a step-by-step progression.  There is an inevitability to it and investors need to be properly positioned for this event.  Gold and silver, which have been money for thousands of years, are going to be the ticket for surviving this earth-shaking event and also surviving this New World Order.”