As people continue to digest information relating to the Fed meeting, today the Godfather of newsletter writers, 90-year-old Richard Russell, discussed "The Age of Money" and the Federal Reserve's secret plan.

Richard Russell: "I read with interest Vanity Fair’s letter to its readers. The editor asked if we could put a name and age to the world we live in. He suggested we call it "The Age of Money.” He knows we could say this about almost any age, but notes that this period is different, in that it seems to be only about money.

Can money buy happiness or peace of mind? I doubt it. …Personally, I have spent the better part of my life in an attempt to review my unconscious and pursue freedom and happiness. I do not believe you can achieve mental health and happiness without the help of God. Only God can give one the strength to break through the barrier of the unconscious. It’s been a long battle but I believe I’m winning it. 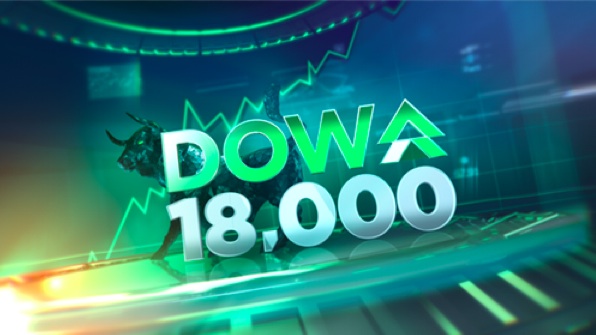 I’m wondering if this is the melt-up that the Fed is planning to block by raising interest rates. As I’ve said before, the US is the only game in town and money has poured into the US dollar as a result. When everybody rushes to one side of the ship, the ship sinks too far in that direction and lifts dangerously the other way. Speaking of the other way, I note that the dollar index is down considerably, and this of course is bullish for gold. I’ll be most interested to get a follow through on today’s action. Recent market action has been an up-and-down affair which has canceled out any real identification of a trend.

Remember, the love of money is the root of all evil. But despite the love of money, the US will continue to lead the world in spectacular discoveries and inventions. There is nothing more constructive than a free mind in search of ways to make the world a better place." This is just a portion of the kind of commentary you get each day from the Godfather of newsletter writers.  I would encourage all readers around the world to access Richard Russell's 90 years of wisdom and remarkable writings at Dow Theory Letters by CLICKING HERE TO SUBSCRIBE.

As The Price Of Gold Soars, Legend Warns That The World May Now Be Facing Catastrophic Consequences