With news out of Europe that Mario Draghi is done with lowering rates for the time being, a legend in the business warned King World News to expect turmoil in the banking sector this year.  He also discussed what to expect in the gold market.

John Ing:  “Right now the action in the gold market is powerful and very impressive.  It’s interesting that since the beginning of the year we’ve had this bull run without a meaningful correction, defying all experts…

John Ing continues:  “I’ve been saying that bull markets climb walls of worry, and we continue to see anti-gold propaganda claiming gold is a barbaric metal, etc.  Regardless, gold has been the best performing asset since the beginning of the year.  And yet there is huge skepticism.  That suggests to me that we have already seen the bottom in the gold market.

The action we are seeing is only the beginning of the gold bull market run.  I believe that the 4+ year bear market was only an interruption of that 12 year bull market and we will see a lot of room for enormous upside gains in coming years.

One of the catalysts of late is the move to negative interest rates in Japan.  This policy will not only be innefectual but it also underlines the impotence of the central banks after many rounds of quantitative easing, bringing interest rates to zero, and in some cases below zero, that they have not been able to move the needle in their struggling economies. 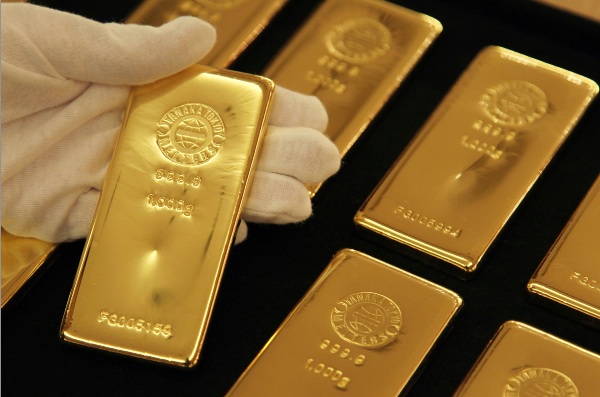 Second is the shortage of physical gold bullion we have seen recently.  This suggests to me that we have a lot of stress in the bullion markets.  You also have the fact that there are enormous quantitaties of paper gold in the form of derivatives, unallocated accounts, massive paper leverage, and this further complicates an already tight gold market.  Then you have the continuous buying from both China and Russia and this is further complicating an already delicate fractional reserve gold system.”

John Ing:  “Short-term we have a $1,325 target.  After that there is a bit of resistance at $1,700, but I fully expect that we will see a new all-time record high above the $2,000 level within the next 12 months.  Contagion is the watchword.  We have concerns about Deutsche Bank and others, and 2016 will be the year where we again see major turmoil in the banking sector.  And with less gold coming on to the market and more demand, the price of gold has only one direction to go and that’s signifiacntly higher.”

***ALSO RELEASED:  Bill Fleckenstein Addresses Harry Dent’s Comments On Gold And What Super Mario Is Up To In Europe CLICK HERE.