With continued wild trading in global markets, one of the top analysts in the world says ignore pullbacks as price of gold to smash through all-time highs. There is also a shocking chart included in this fantastic piece.

“Markets say the ECB is done, their box is empty… But we are magic people. Each time
we take something and give to the markets – a rabbit out of the hat.”
— Vitas Vasiliasukas, member of the ECB’s Governing Council

Gold Is Back!
It is well-known that central economic planning doesn’t work. Why should central planning of monetary policy be any different? The dilemma faced by central banks that have artificially boosted markets with low interest rates and are now striving to achieve a normalization of policy is illustrated by the following chart: Low interest rates have only created the illusion of a healthy economy, which would vanish into thin air as soon as interest rates return to a normal level. Markets have become conditioned to low interest rates; if they are withdrawn, asset prices will plunge – and plunging asset prices helped trigger the two last global recessions. The current, even graver asset bubble will do the same thing. 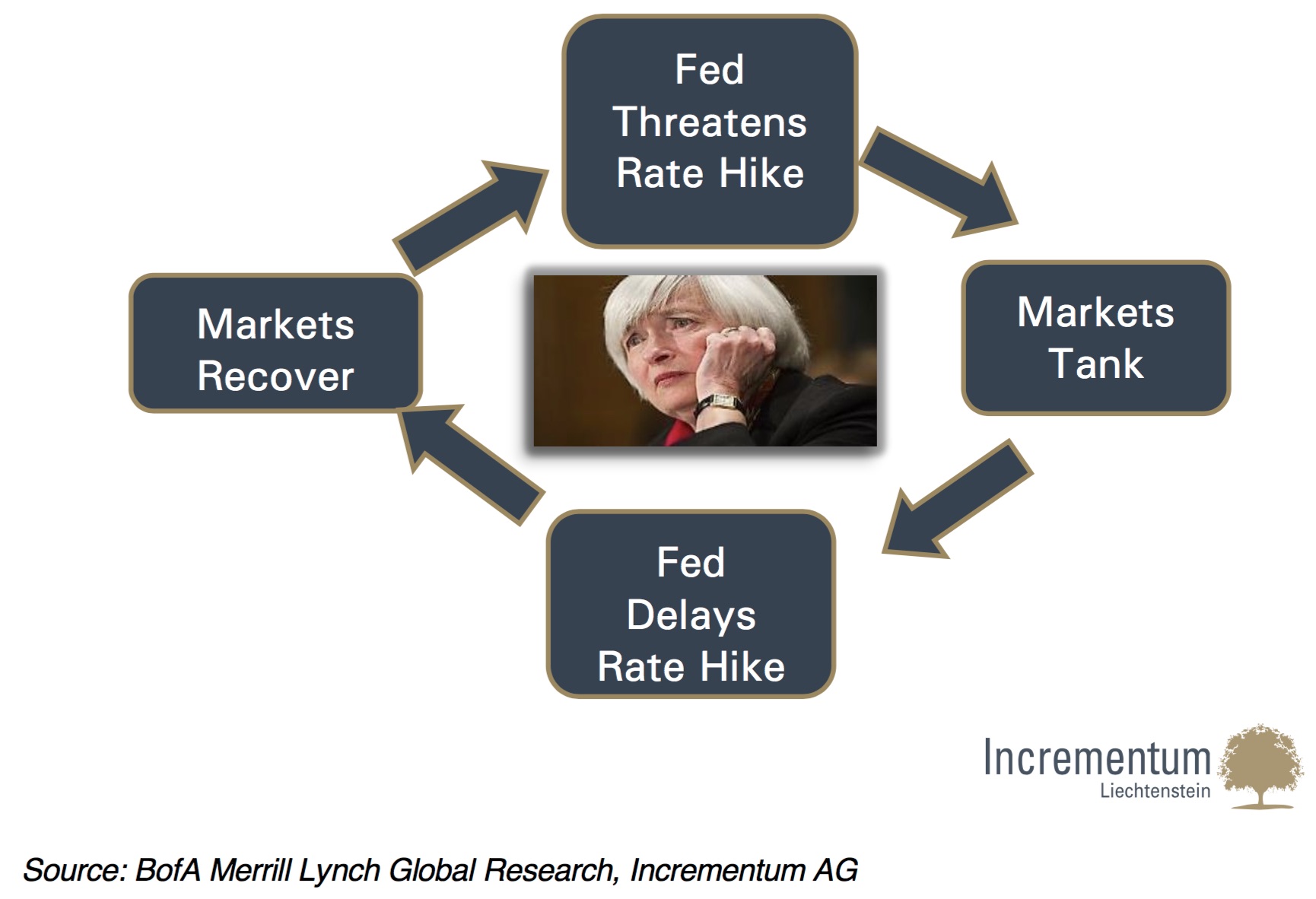 The proper lesson that should be drawn from a crisis should be that the system needs to be made more stable (respectively more anti- fragile). Instead, since 2008, the exact opposite has happened. By disallowing change, central banks made the system increasingly fragile and it is now hanging by a thread. Global debt levels have increased by more than 40% since 2007, a trend that has spilled into emerging markets as well, especially China. The balance sheets of the five largest US banks are significantly larger than they were in 2008 and their derivatives books have grown markedly. According to the Financial Stability Board, 29 banks are currently “too big to fail” – and furthermore, they are “too big to bail” as well: Neither rate cuts nor fiscal injections will be able to mitigate the next banking crisis.

Gold by contrast represents the opposite of these entanglements and uncovered credit pyramids: Gold represents anti-complexity. This not only refers to the fact that gold has to be physically mined and that its global supply is exceedingly stable. Gold is the ultimate medium of exchange and as such gains in value amid increasing global productivity, which rests on complex exchange relationships and complex technologies. In addition gold is an object of speculation for a complex financial world and the inverse of a complex monetary system. Holding the precious metal provides insurance against monetary interventionism and an endogenously unstable currency system. In a global currency and financial market collapse it will demonstrate the true extent of its robustness. 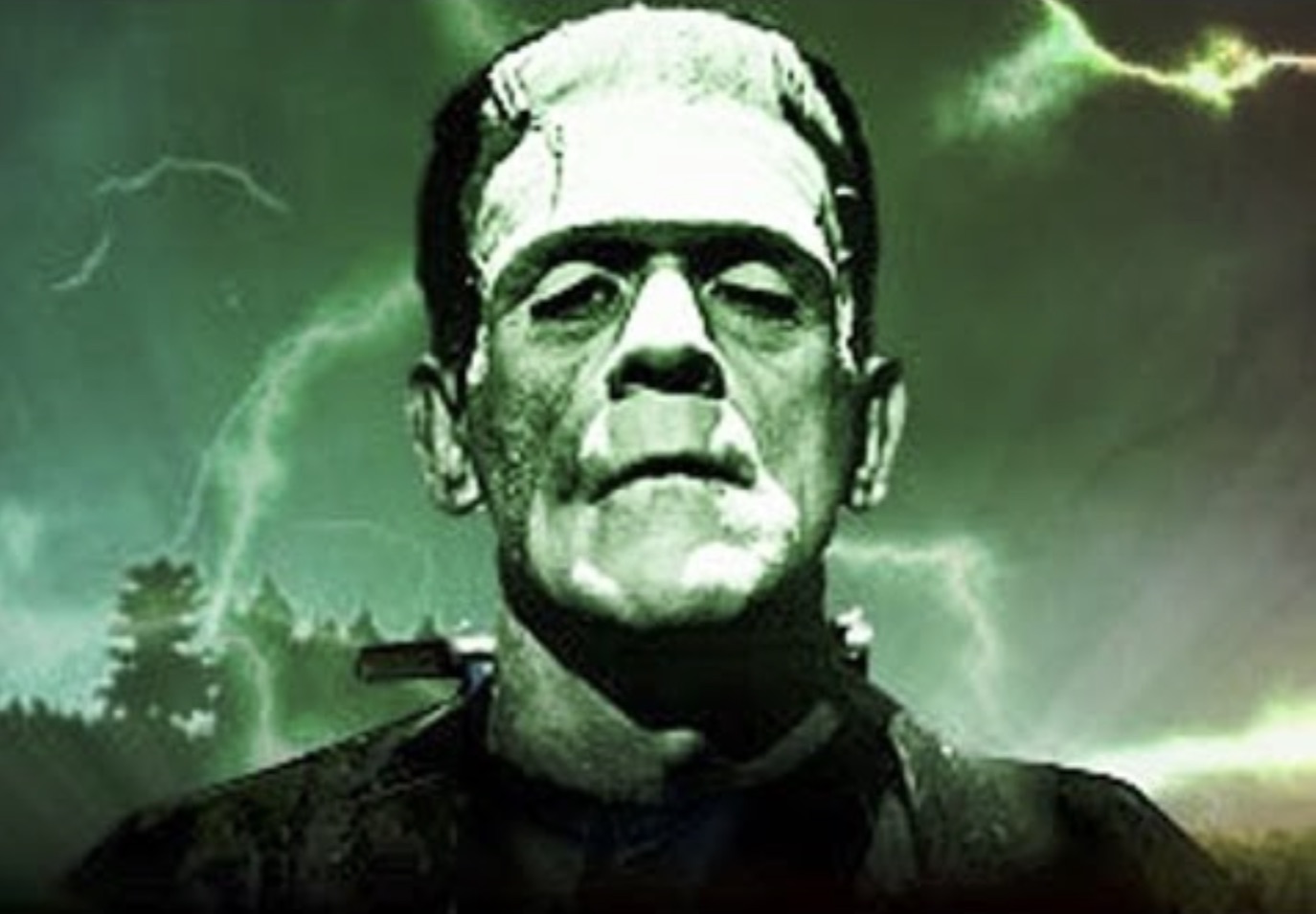 Put The Frankenstein That Is QE Into Perspective
In order to put the size of QE programs into perspective, we are comparing them to the value of global gold production. At a price of USD 1,200 per ounce, the ECB could have bought 4,698 tons of gold in the first quarter of 2016 alone with the current volume of its QE program. Thus the ECB’s asset purchases in the first quarter of 2016 have exceeded the value of globally mined gold by a factor of more than 6.

King World News note:  Look at the shocking chart below which shows global gold mine production vs global QE purchases in 2016:

Value of gold production vs. volume of ECB and BoJ QE purchases 2016 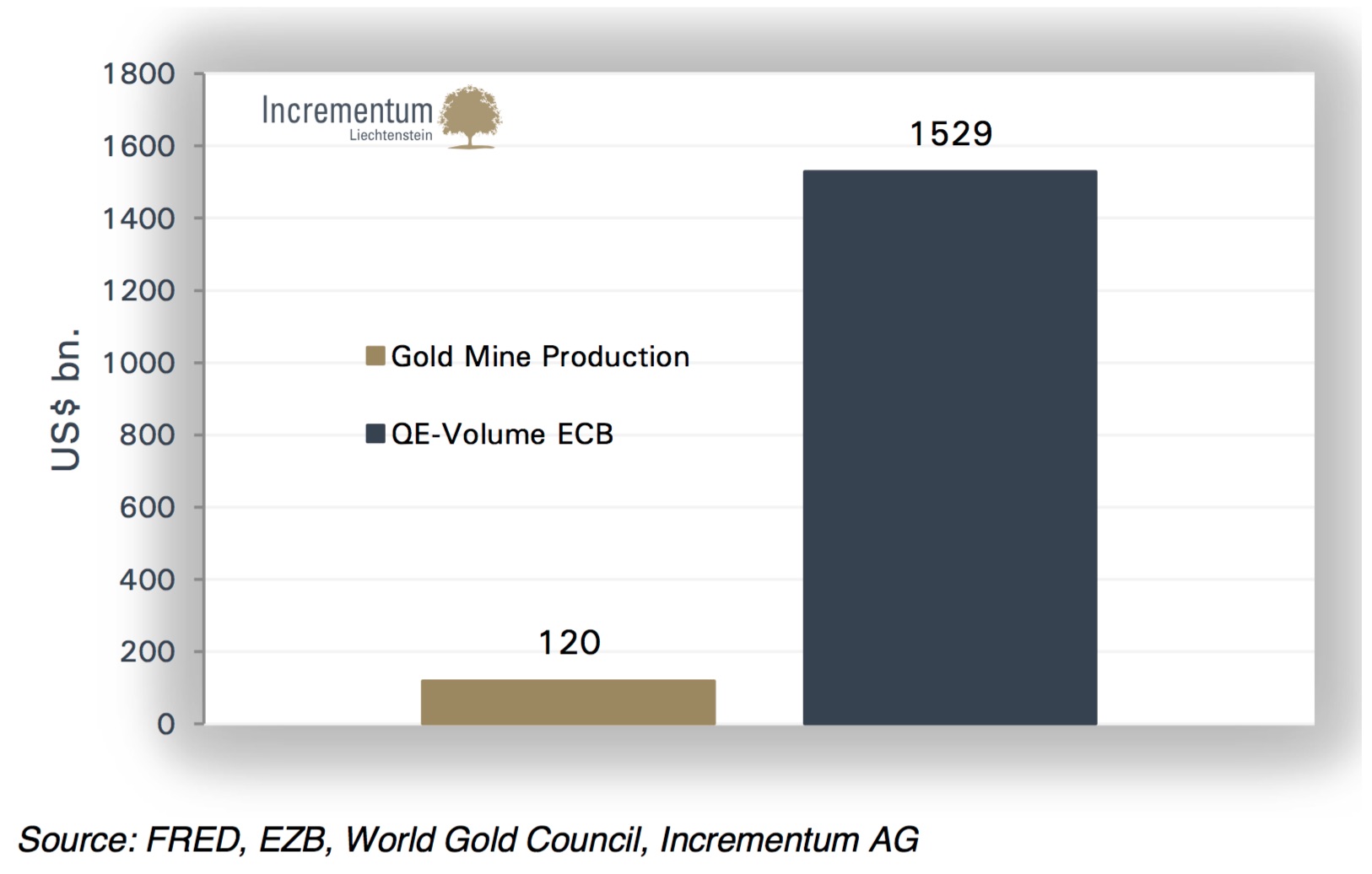 Gold Headed To New All-Time Highs
Yes, gold is in a new bull market, which will see it rise to new all-time highs. The formidable rally in the first quarter signals what is still to come for gold and markets in general.

***Also Just Released: Peter Boockvar – This Madness Is About To Be Unleashed On The World Click Here.