Today a 50-year market veteran warned King World News that the endgame is now in sight as we move closer to a one world government.  He also discussed the war in the gold and silver markets.

October 20 (King World News) – John Embry:  “I’ve noted a much more encouraging tone to the precious metals markets in the last several weeks.  Mining shares have firmed noticeably and gold has moved higher, although it is meeting stiff resistance from the usual suspects…

“The explosion in open interest and the sharp rise in the commercial (bullion bank) short position is proof positive of that.

However, given the economic, financial, and geopolitical backdrop, the gold and silver prices should be exploding upward.  So one can only assume that the powers that be are working overtime to prevent this inevitability from happening in the short run.

But Something Has Changed

Nevertheless, there seems to be a change in the tone of the gold market in that following blatant raids, the price of gold has been consistently fighting its way higher.  I suspect that this may be suggesting that the aggressive price suppression scheme, which has gone into overdrive in the past four years, may finally be nearing its end.  And the the price suppression scheme most assuredly should be nearing its demise as there is mounting evidence that the gold and silver inventories in the West have been sharply depleted.

When the full ramifications of Western policy concerning gold and silver over the past two decades become known as this epic Ponzi scheme blows up, the public’s reaction should be very interesting.  There is an old saying that gold goes where the wealth is being created, and the relentless move of gold from the Western hemisphere to the Eastern hemisphere doesn’t bode well for the future of North America and Europe, which have dominated the world scene for several centuries.

Now as a mentioned earlier, I am also very encouraged by the better action in the precious metals shares in the past several weeks.  After being nearly annihilated over the past year, the important HUI (mining) Index, which had consolidated near the 100 level, moved 30 percent higher in just a couple of weeks.  I think this is just the opening salvo, and I expect the HUI to be up many fold before this saga comes to an end. 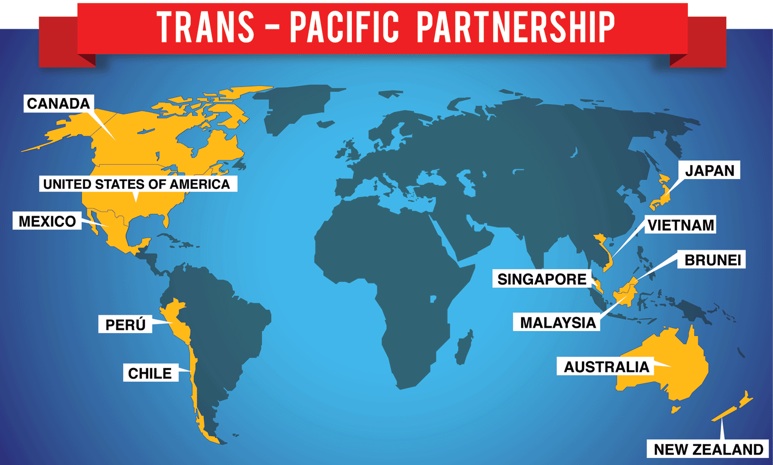 Trans-Pacific Partnership & The Move To A One World Government

One last observation I would like to make concerns the very secretive Trans-Pacific Partnership (TPP), which is essentially a trade agreement between twelve countries in the Pacific Rim.  This ostensibly strengthens the signatories against the rise of China.  But I believe it is an initiative sponsored by huge international corporations to strengthen their grip on things, and I think it represents yet another manifestation of the attempted move to a One World Government.

I think the fact that Hillary Clinton has flip-flopped from a strong and supportive position to being a dissenter is very telling.  I find it hard to believe that this agreement is going to improve the living standards of the average North American.  However, now that this agreement is out in the open, the subsequent debate on it should be fascinating to say the least.” ***KWN has now released the powerful audio interview with Bill Fleckenstein, where he says that gold and silver have entered new bull markets, and discusses the major markets and mining shares, and you can listen to it by CLICKING HERE OR ON THE IMAGE BELOW.

***ALSO JUST RELEASED: A Remarkable View Of The War In Silver & The US Dollar CLICK HERE.