On the heels of continued pressure in the metals markets as we head into the end of 2014, it appears gold and silver are now at the most oversold levels in history.  Below KWN readers can see the absolute carnage Western central banks have caused in the gold and silver markets.  This is the type of thing that the big banks follow closely, as well as big money and savvy professionals.  David P. out of Europe sent us the two key charts along with his commentary.

"As mentioned previously, gold & silver reached extreme levels to the downside about a year ago — now oil is there as well. So in the gold, silver, and oil space, this is one of few epic opportunities for value investors to buy resources at or below production costs. ASIC for major gold miners is at about $1000. Below is the updated gold chart with MACD (note all-time record oversold conditions): 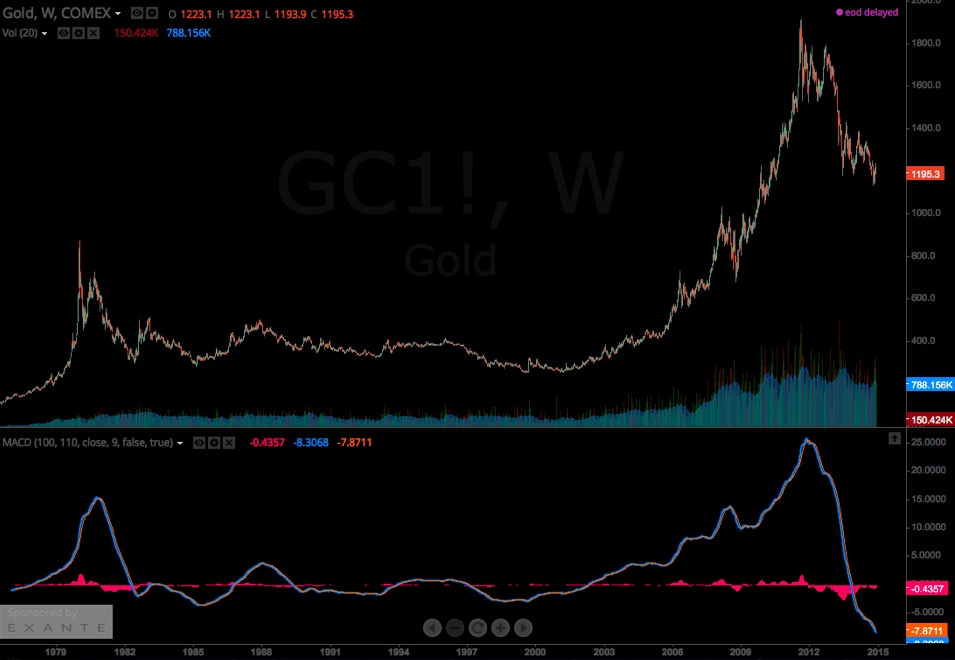 After the recent crash, the MACD indicator for the price of oil has fallen to the lowest level since 1990, potentially lowest level ever (my price history for Crude Oil Brent does not go further back in time)….

These kind of extremes have not been reached more than two times in 25 years, and every time oil has entered major bull markets from that point. In other words, based on historic price action, this is a very rare opportunity in the oil market: 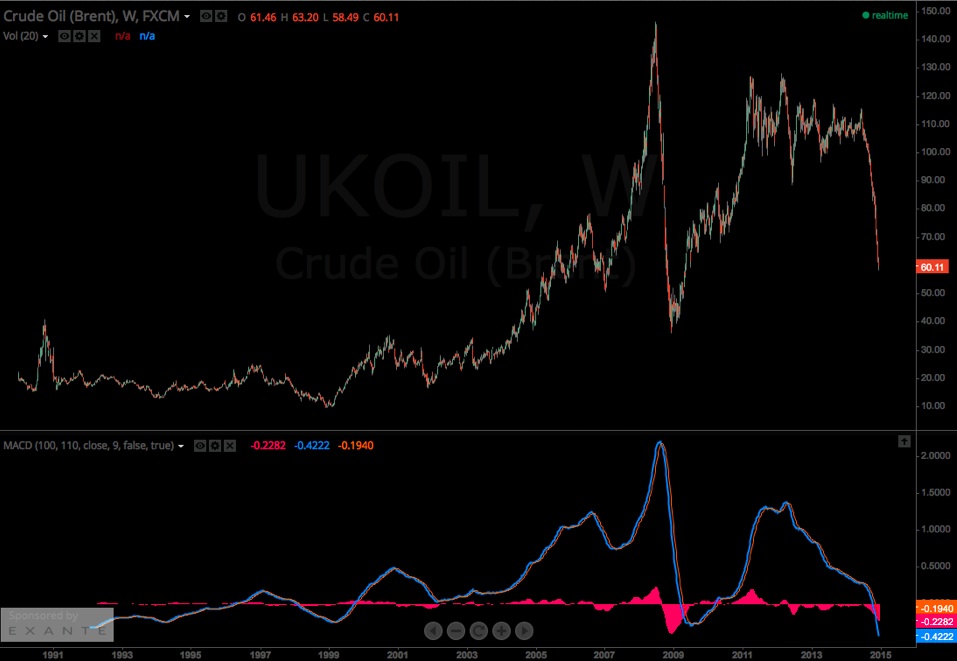 According to the Silver Wheaton CFO, most silver miners wont make a profit even if the silver price goes back to $19. So the silver market at these depressed levels is clearly unsustainable in the long-run. Prices will jump back to reflect true value and underlying fundamentals once serious shortages and strains in the delivery system occur. Below is the chart for silver with MACD (note all-time record oversold conditions): 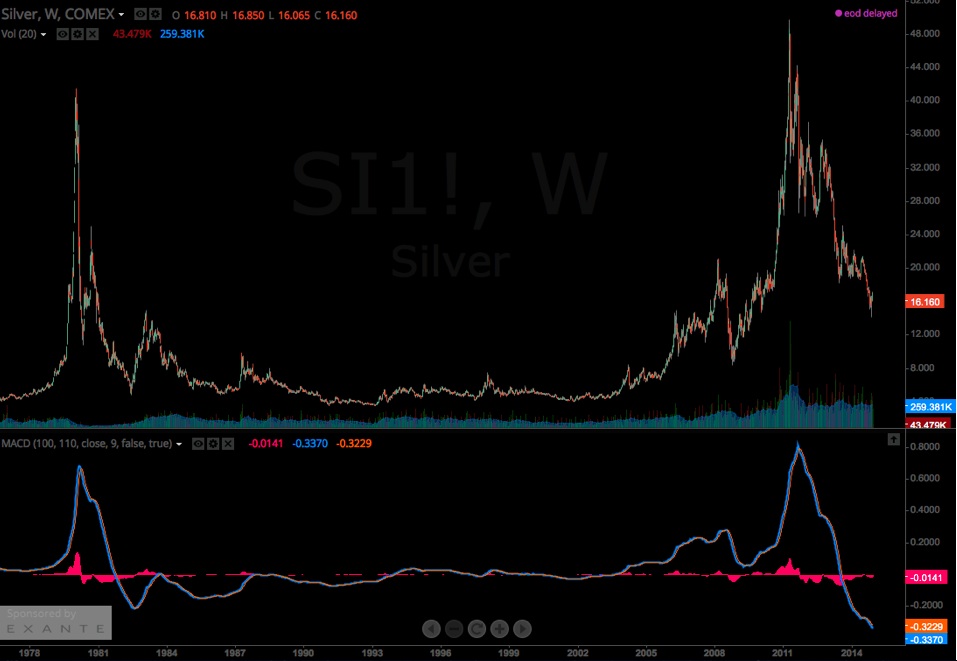