Today whistleblower and London metals trader Andrew Maguire gave one of his most important interviews ever.  Maguire warned King World News about a stunning event that is going to shock the world and the gold market.

Andrew Maguire:  “Eric , there is so much going on under the radar in the gold and silver markets. If you recall, I made a prediction that gold and silver would end the year strong and I am still a firm believer that they will…

We can see by the current stale-dated published Commitment of Traders (COT) open interest structure that gold is at a similar bearish structure as the January highs, and a lot has been made of this. However, there are differences. This time, the downside range scale is limited by strong seasonality, tight supply, rising wholesale bid interest, the FED backed into a corner, ECB QE, and the concern of more Chinese rate cuts, etc.

But a much more important factor is flying under the radar — namely, a division between the two primary market making bullion banks, (who have vaulting operations here in London), and the rest of the collusive bullion bank cabal. This is a definite game-changer and a very big deal that will begin to unwind a 30-year collusive relationship.

A Crack In The Cabal’s Resolve

I have been hearing reliable rumors of this split since mid-June, but the LBMA conference last week exposed this crack in the cabal’s resolve to continue to work together. In order to assess the immediate impact of this split, it is best to first take a look at the cabal’s history and mechanisms, and then analyze how this split in their ranks is about to challenge the historical wash and rinse setups.

The Gold cabal was born under the wing of Robert Rubin, who ran the gold trading desk at Goldman Sachs in the 1980’s. 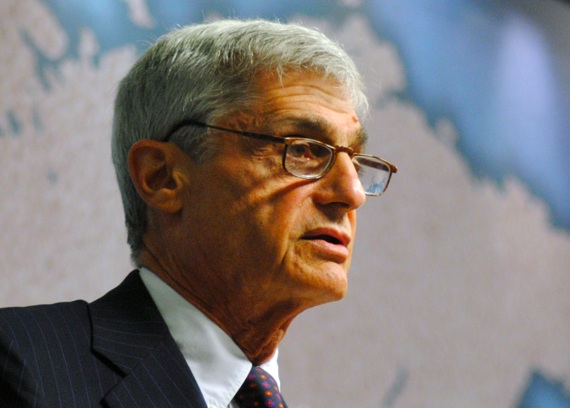 This is when the gold carry trade was born, which given the large interest differentials between gold and Treasuries at that time, was a slam dunk win for Western central banks looking to contain gold vs the dollar, while drawing the proceeds of the sale of large tranches of central bank leased gold flowing through the bullion banks into Treasuries. This created the synthetic markets as we see them today. The result of being subsidized through the central banks gave the green light for the bullion banks and central banks to leverage up a multi-billion dollar fractional-reserve gold position they never thought would need to be unwound.

The primary bullion banks, acting as agents for the central banks, who have had a free pass to naked short large volumes of synthetic gold and over a long period of time, became accustomed to exploiting the advantages of colluding together to create and protect mutually beneficial position concentrations in the paper gold and silver markets. In the process, they accrued an embedded naked short position that they thought could be infinitely rolled forward. This created a fractional reserve gold/silver position that directly mirrored the cash banking system, where it is assumed that not more than 10% of cash depositors at any one time would ever ask for the money they had deposited back…

Unallocated gold accounts are also deemed to be cash investments in the receiving bank, giving the gold investor no right to ever receive delivery. The bullion banks operating these fractional-reserve gold positions are geared even more aggressively than their more tightly regulated cash banking operations. These multi billon dollar unallocated gold accounts were independently verified in a Reserve Bank of India report to be leveraged at a 92/1 level, far greater than the 10/1 governing other banking operations.

When analyzing many years of positioning data in the COT report, the footprints are easy to read. And when connecting the dots through the options and OCC reports, it is well established that the two primary market making bullion banks that have vaulting operations — HSBC and JPM — have for many years primarily worked directly in synch with the four non-vaulting market-making bullion banks, who are also privileged to operate gold bank accounts with the Bank of England.

This small cabal of bullion banks operating with the blessing and insider advantages of acting as agents for Western central banks, have concentrated their mutually agreed positioning against a very diverse range of hedge funds and speculators who are easy to pick off, as they are not coordinated. The resulting action is what I refer to and is now commonly known as ‘the Wash and Rinse Cycle.’

What Is Changing Will Shock The World

So what is changing? The physical element to this synthetic open interest positioning is changing the critical point where the paper market rubber hits the physical road. In fact, the physical markets have already migrated out of the hands of these few collusive bullion banks. But with regulators now finally forced to act against a full range of gold and silver market manipulation cases, this is resulting in an exit of traditional liquidity providers. These were the banks financing the unallocated markets. Right now, critical liquidity is exiting the Loco London market, and this is unprecedented.

This is where the split is occurring.  The two primary bullion banks, who have large vaulting operations here in London, are also the primary agents for the central banks who want to keep the OTC gold trade opaque and off a proposed centrally-cleared exchange.

However, the aggressive and predatory bullion banks that largely infest the swap dealer category of the COT report recognize the gold market has changed and are about to split ranks and reposition more bullishly, a position they would already have if they had not accrued such large underwater proprietary positions.  The head of this pack of wolves is Goldman Sachs.  These banks read the changes coming and see an incentive to compete against the two primary bullion banks forced to keep this game going for as long as possible. This is a big deal because without collusive cooperation of all of the cabal, the whole synthetic gold market house of cards collapses.

This market change is now underway. The glass is cracked and cannot be repaired. Goldman Sachs and at least ten other trading banks are breaking rank because they see the writing on the wall and are pre-positioning for a post-cash settlement. And once released from their underwater unallocated gold liabilities, they will benefit from an embedded long position in physical as well as paper gold.

No one understands the bifurcation of the capped synthetic markets and underpriced physical markets better than these trading banks. JP Morgan has already cornered the silver physical market and Goldman Sachs plans to front-run the increasingly illiquid paper gold market against its rival bullion banks. This split in the ranks will speed up…To continue listening to the incredible audio interview with London metals trader and whistleblower Andrew Maguire, where he discuses the great unwind that is going to take place in the gold and silver markets, what traders should expect next, and where gold and silver prices are headed, CLICK HERE OR ON THE IMAGE BELOW.