Silver To Surge Above $20 On This Key Breakout!
August 17 (King World News) – From top Citi analyst Tom Fitzpatrick:  The recent break higher in industrial metals is notable and should be watched closely. 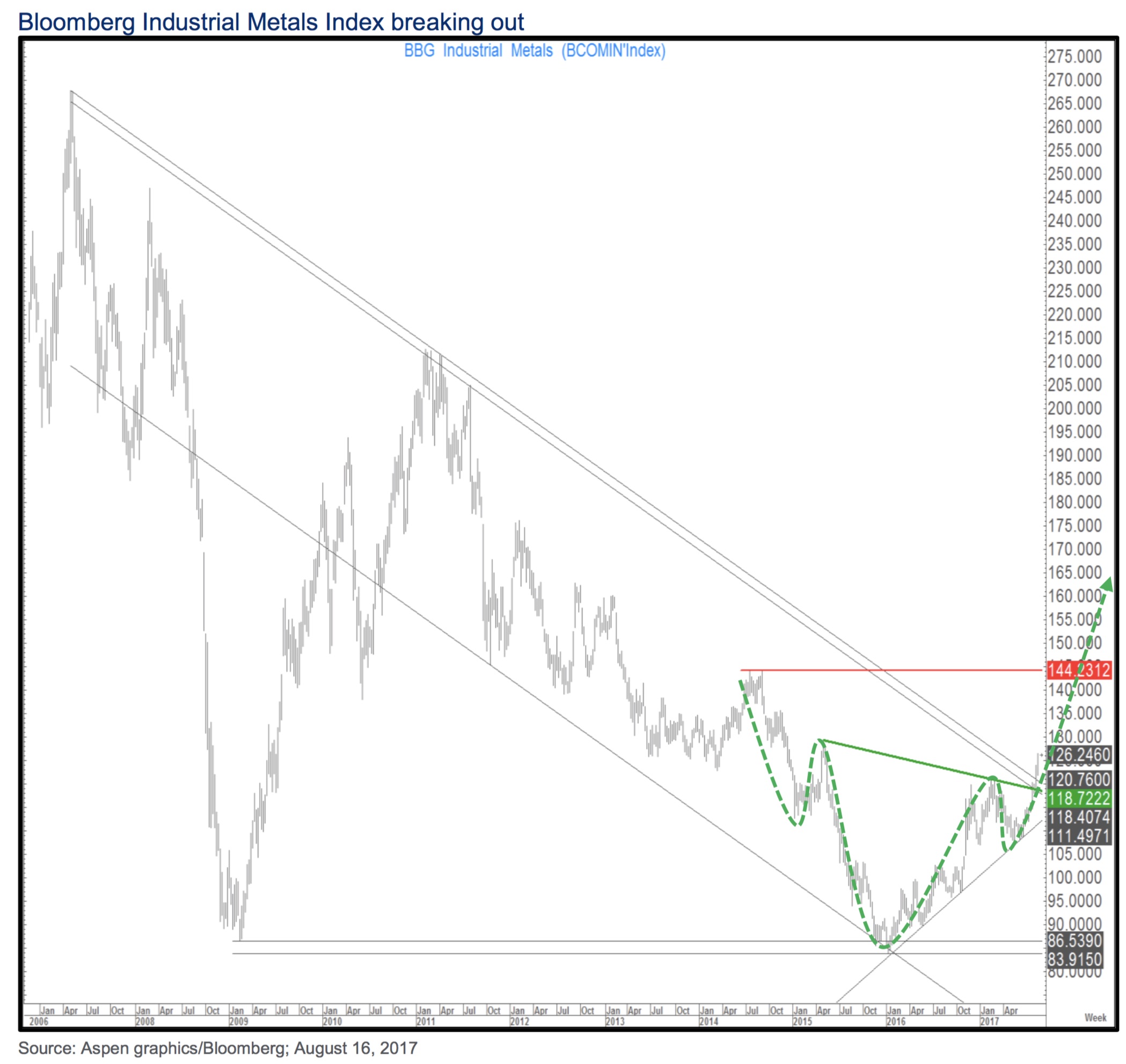 The Bloomberg Industrial Metals Index has made a decisive bullish break above the combination of the downward sloping trend lines and the inverted head and shoulders neckline all converging between 118.40 and 120.76. This break opens the way for a move towards at least good horizontal resistance above 144 (July-September 2014 highs) with the inverted head and shoulders pattern suggesting as high as 160+.  King World News note: A move to the 160 level would represent a massive 27% surge for the industrial metals! think about the bullish impact this will have on the price of silver… 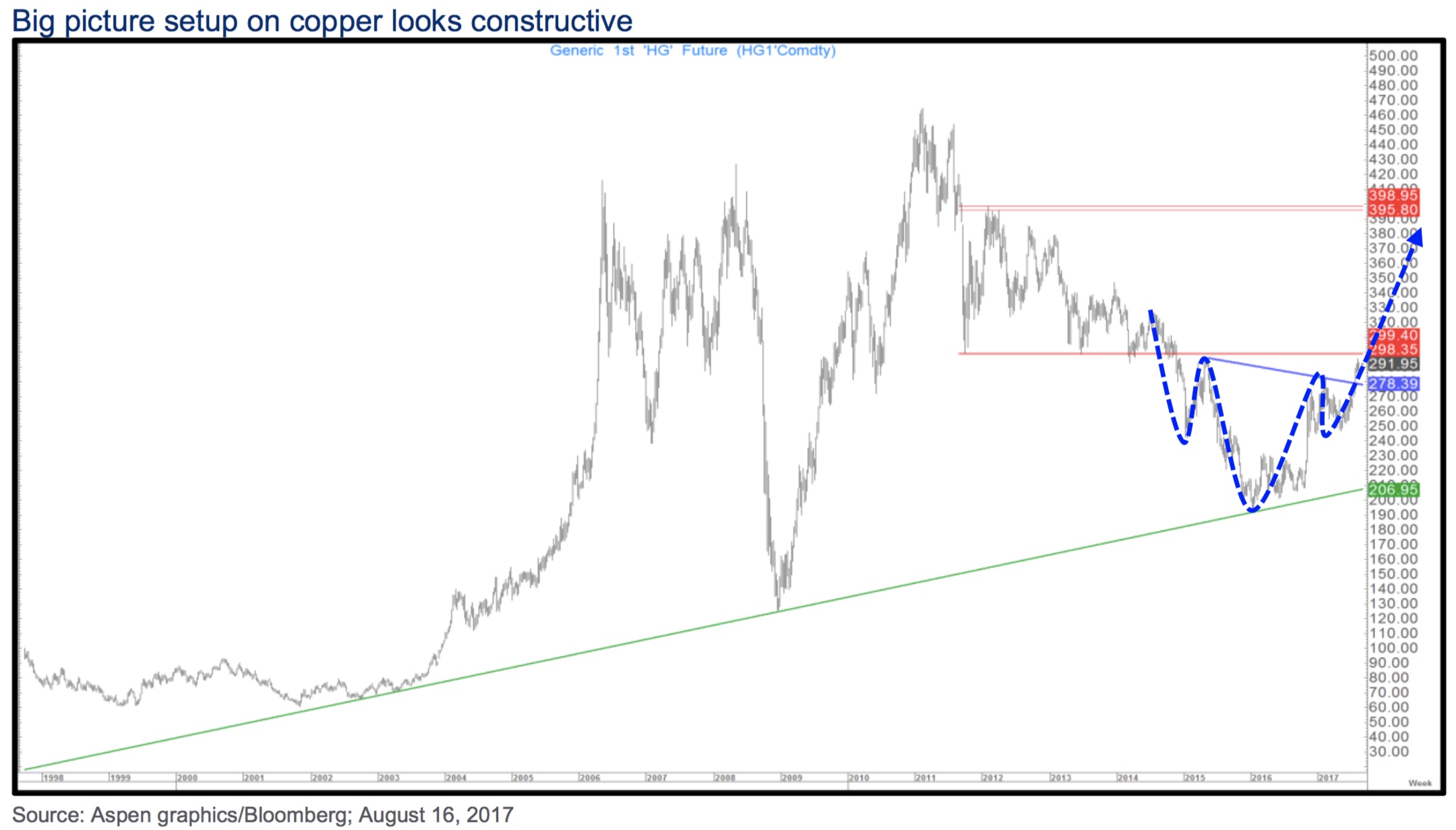 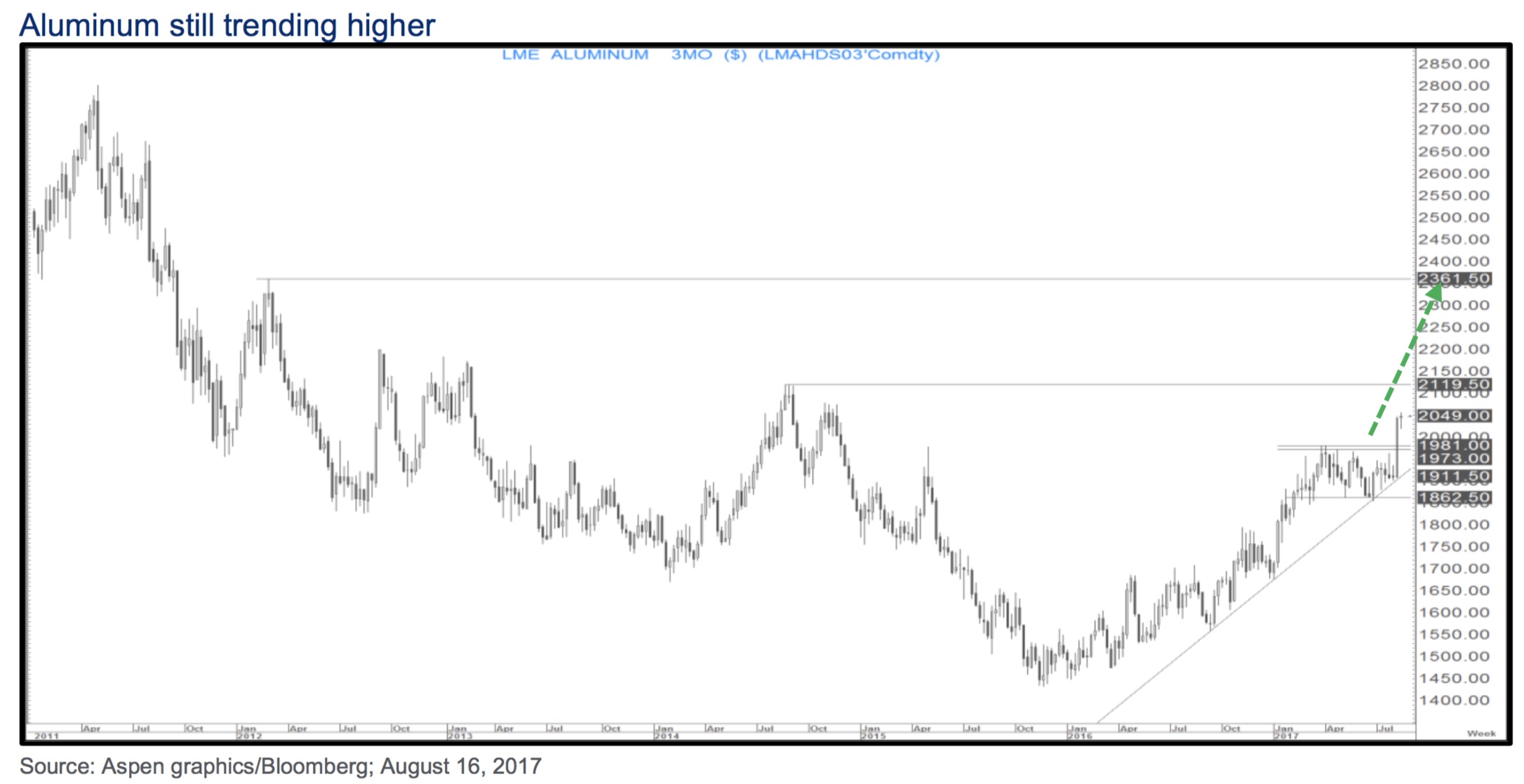 Zinc, which is also a very early cycle metals used for galvanizing steel, is also in danger of making a bullish break (see zinc chart below).

And Zinc Poised For Big Price Gains As Well! 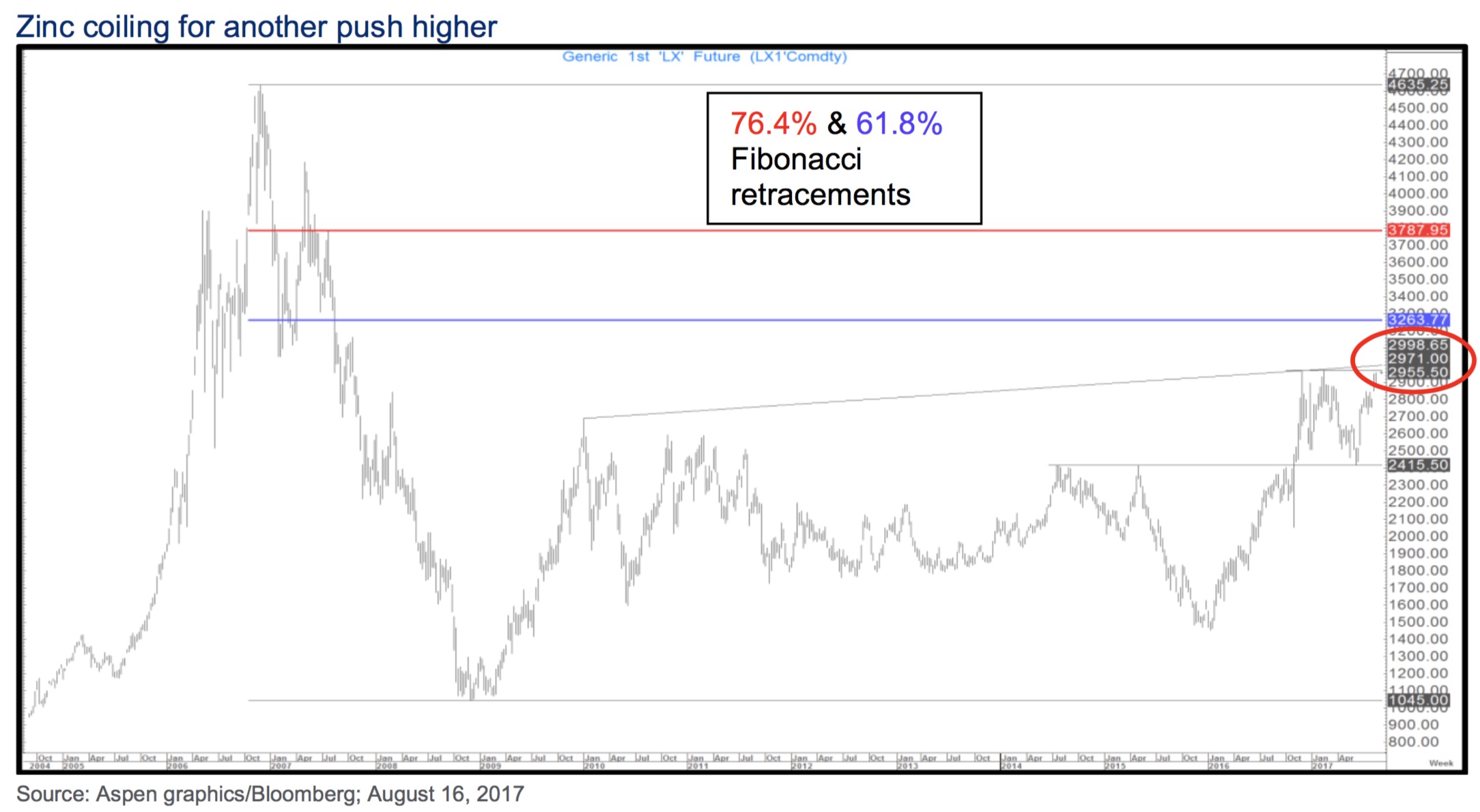 The Bottom Line For Silver
King World News note: The major breakout in industrial metals is a huge bullish omen for silver, which is both an industrial and monetary metal. This breakout will only serve to fuel silver’s coming price gains and also sets the stage for silver to outperform gold, which is exactly what you would expect to see during major bullish moves for both precious metals.

***ALSO JUST RELEASED: The Inflation/Deflation War Heats Up – What It Means For Gold And The Fed CLICK HERE.