Today the man who has become legendary for his predictions on QE, historic moves in currencies, and major global events, warned KWN about how the next global crisis and collapse has just been ignited.

Egon von Greyerz:  “Eric, as expected, the Fed is making a real mess of monetary policy. For face saving reasons they had to increase. Without that markets would have totally lost confidence in the Fed and this would have caused panic worldwide…

Egon von Greyerz continues:  “So although an increase was not justified the Fed had no choice. But as I suspected before the raise, this became a buy the rumour sell the fact event with the Dow down 620 points in the last two days. Remeber that this rate increase was expected by 99% of market participants.

The Fed is of course behind the curve. They should have killed off credit growth and asset bubbles a long time ago already. But as usual they are too late and have kept rates of zero for seven years, fuelling massive bubbles in stocks, property and bonds.

Economic Conditions Are Deteriorating Rapidly
And now they have increased rates when central banks around the world are adding stimulus and the ECB in an unprecedented move is pushing rates further into negative territory. So this rate increase made no sense and again confirms that the the Fed has no policy. But not only that, the Fed seems to be blind to the fact that, both in the US and around the world, economic conditions are deteriorating rapidly.

The 5% unemployment rate in the US has nothing to do with reality. 94 million people capable of working are not in the labor force and a big percentage of those have given up all hope of getting a job. We know that the real unemployment is over 20% and the only part of the labor force that is growing is part-timers, over 55’s and service jobs. Under 55’s and manufacturing jobs are constantly declining.

Retail sales are suffering and corporate sales and profits are declining. But Eric the biggest problem in the US economy is the massive debt bubbles which are now starting to burst. A couple of bond funds have already stopped redemptions and this could soon develop into a stampede.

The Next Global Crisis And Collapse Has Just Been Ignited
Emerging market funds and bank loan funds also had massive outflows. Eric this is just the beginning. Junk bonds are now yielding 17% and soon we are heading into the next sub-prime crisis. Energy loans, car loans and student loans will all collapse and lead to the next panic in the debt markets.

Yellen is of course aware of this. In the Q & A session after the Fed meeting she said that higher rates give the advantage of having more of a margin to reduce them if necessary. She also mentioned that the Fed is studying the negative interest rates in Europe. This is a clear indication that the Fed is aware that this might soon also happen in the United States.

Eric, I would not be surprised to see major problems in credit markets in Q1 of 2016. This will set off the next banking crisis crisis which will be of a much greater magnitude than 2007-9.

Crashing Stocks, Massive Wealth Destruction & Hyperinflation
We will at the same time see the end of the secular bull market in stocks. The long-term megaphone pattern in the US stock market will lead to a collapse of stocks and massive wealth destruction in the next few years. The Fed will have to lower rates and they will probably go negative. At the same time there will be the most ginormous QE program ever starting. This will lead to even more debt liquidation and will push up long rates to double-digits. With the dollar collapsing, the U.S. will have hyperinflation starting in the next few years.

And around the world things are just as bad with with commodities crashing and world trade deteriorating rapidly. The Baltic Dry freight index just made another all-time low and emerging markets are starting to hemorrhage in many areas.

Eric, the exact timing of these events is impossible to forecast It can take a bit longer or it can happen very fast. What is extremely important to understand is that the risk is greater than at any time world history. This is why investors must not be complacent and believe that central banks and money printing will save them yet another another time. 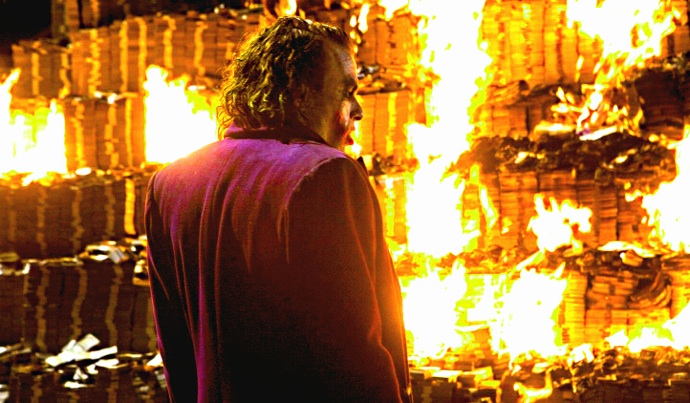 Corrupt Fiat System Will Burn
A global fire is imminent and investors must own fire insurance before the fire starts because the coming fire will be totally devastate and burn all of the paper money that has been created in the last few decades plus a major part of the assets financed by all of this paper money.

The best form of insurance or wealth protection is of course physical gold and maybe some silver. The precious metals will go to levels which are unimaginable today. ***Michael Pento’s remarkable KWN audio interview has now been released and you can listen to it by CLICKING HERE OR ON THE IMAGE BELOW.