With the Dow and Nasdaq hitting new all-time highs, gold and silver pulling back, along with crude oil and bonds, today King World News is pleased to present an important update on the war in the gold market from Michael Oliver at MSA. Oliver allowed KWN exclusively to share this key report with our global audience.

By Michael Oliver, MSA (Momentum Structural Analysis)
February 13 (King World News) – We include two different intermediate-trend momentum charts of gold here, simply to make the point that when MSA looks at a trend situation we like to see more than just one X-ray of the market in question. Downtrend parallel channels broken, which means that the intermediate trend is now back into positive mode, thereby joining the already positive annual momentum trend. 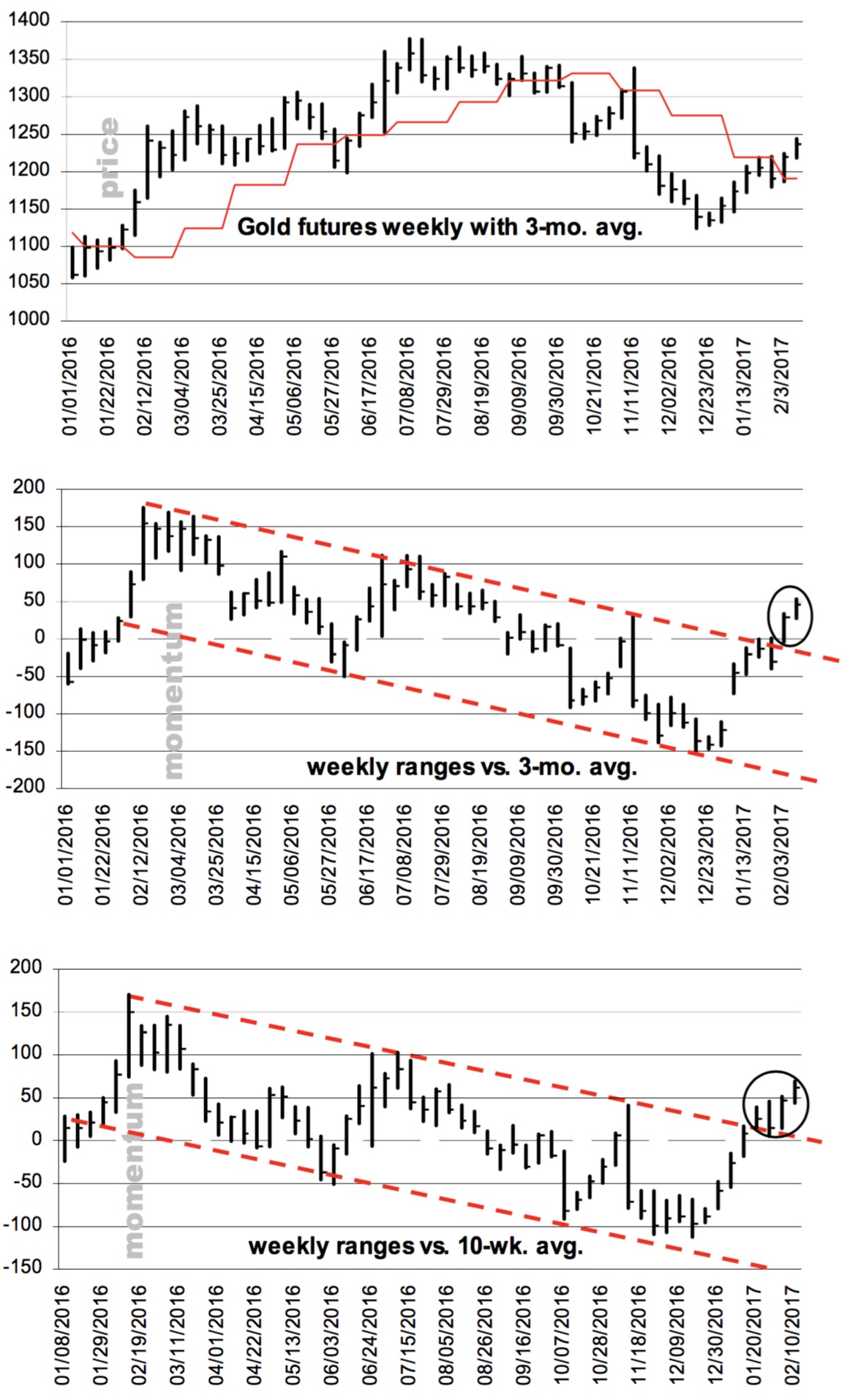 This does not preclude selloffs, with support now in the coming several weeks probably around $1,190. However, there is nothing in particular that argues that the current post-breakout surge is vulnerable at this point for such pullback…

And to repeat a number specified in prior reports: If at anytime this year we see gold trade up to $1,309, then one should assume that the price chart highs of 2016 ($1,377) are coming out and a next leg of upside is fully commencing.

Summary: MSA argues that the key annual momentum support level held (those charts shown in prior reports) and that trend resumption to the upside has been signaled with recent few weeks of action by intermediate trend momentum. *The KWN Egon von Greyerz interview that was released yesterday has now doubled in size with additional comments and charts from Egon and you can read the remarkable updated interview by CLICKING HERE.