With the eyes of the world focused on Greece and Ukraine, today a 50-year market veteran told King World News that the Greek deal means nothing and people in Greece are pissed off.  He also warned that either way this crisis will end in collapse.

John Embry:  “As far as I’m concerned there is virtually no legitimate price discovery in any market of substance.

Essentially the central banks are monetizing the debt markets, and in doing so they have created the largest bubble in world history….

This bubble will undermine the entire Ponzi scheme they call the global financial system when people realize these bonds aren’t worth a fraction of what they are trading for.

But the stock market benefits from the zero-based interest rate policy implemented by the central banks, as investors seek to get better returns by shifting into stocks.  I’ve been following stocks for over 50 years and in my opinion stocks are now grotesquely overvalued because the underlying fundamentals — earning growth and P/Es — don’t come close to justifying the present valuations.

We also see the real estate market heavily leveraged because of the low interest rates.  People are loaded up with debt and they have pumped the prices back up to record levels. 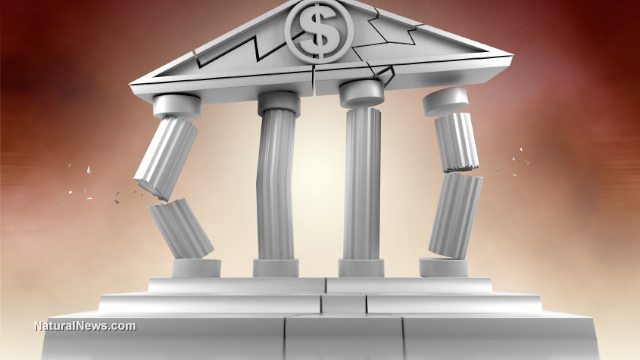 Either Way This Will End In Collapse

The problem is that all of this is unsustainable.  One of two outcomes is certain because of the excess debt we now face in the system:  Either we will see a hard deflationary debt collapse, which will make the 1930s look like a walk in the park, or a hyperinflation — triggered by central bank printing to counteract the deflationary threat. 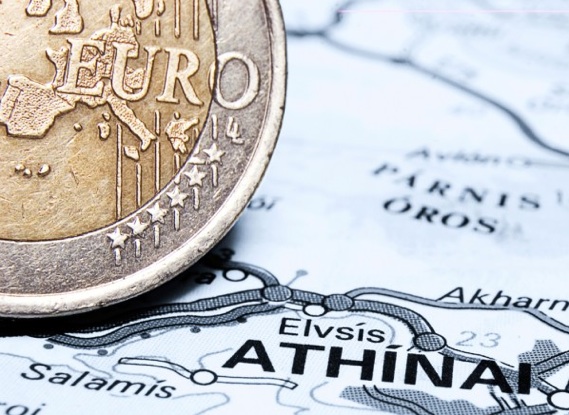 The whole Greek crisis last week was very instructive.  The country is flat broke and can’t pay, but if they left the euro and defaulted on their debt it could trigger the deflationary collapse scenario.  So because there is no workable solution, the can was kicked down the road.  However nothing was solved and so the crisis continues.

I’ve always believed that the whole euro concept was a flawed idea because it was based on a monetary union with limited fiscal controls.  It was imposed on the public by the financial elites in order to gain more power and control.  The problem is that it has failed spectacularly and Greece is just the first manifestation of that.  We are just building up to the whole breakdown of the euro concept. 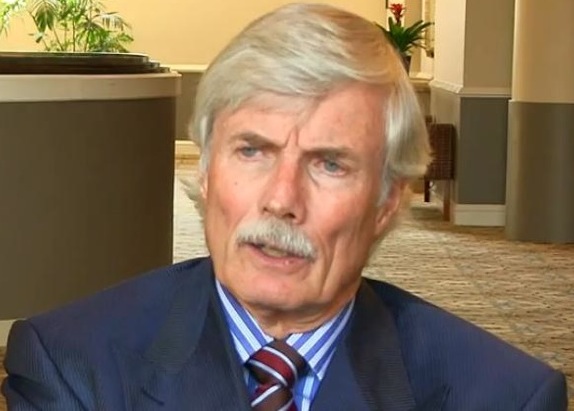 Things Far Worse Than I Imagine

If I am correct in that analysis, and I believe I am, even though in the short-term gold and silver continue to be abused, they will be the ultimate salvation for investors.  When I say abused, I’ve been following the price suppression for almost 20 years and I would dare say that I have never seen the cartel more obvious in their takedowns of the gold and silver prices than they are right now.  This tells me things are far worse behind the scenes than even I imagine.

But if you believe, as I do, that gold and silver are the ultimate salvation for people who are desperately trying to protect themselves from the financial holocaust that is coming, one can’t wait too long to get positioned.  If you took all of the physical gold and silver that may actually be available in the system, and aggregated that with the entire precious metals market, I doubt it would amount to $3 trillion.  And I am assuming 1/3 of the gold ever extracted from the earth is available, even though I don’t believe that is the case.

But in a world with over $200 trillion of debt, it will take a very small transfer of assets into the world’s eternal money (gold) to have an outsized impact.  And the fact that very few people seem to realize this fact just strengthens my convictions on the subject. 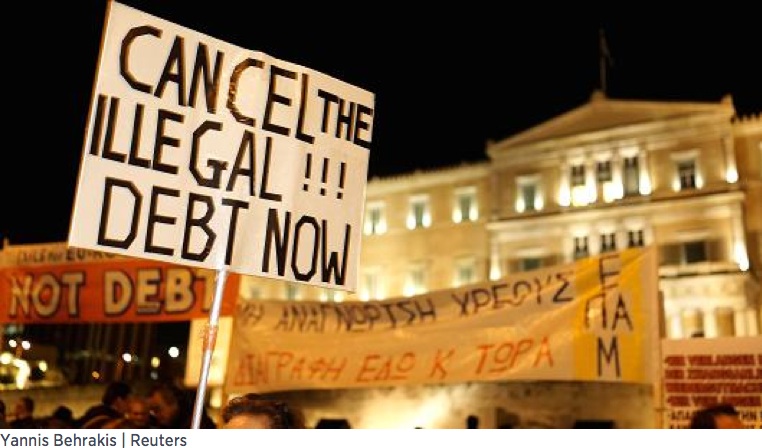 Eric King:  “Now we are seeing mainstream media reports that people are accusing the new Greek leaders of betraying the people of Greece.  The New York Times headlined ‘Greece’s Leaders Face A Revolt At Home As They Try To Appease Creditors.’  These are the types of things Michael Pento warned KWN about.”

John Embry:  “I agree with Michael Pento’s warnings in his KWN interviews.  Michael has a very good grasp on this whole situation.  There is no solution.  They didn’t solve anything.  The Greek public can’t pay and they have had enough of this austerity sh*t.  They should default.  But the EU can’t let them default.  So this was just kicking the can down the road and solving nothing.  It buys time but they are not going to be able to solve anything.” 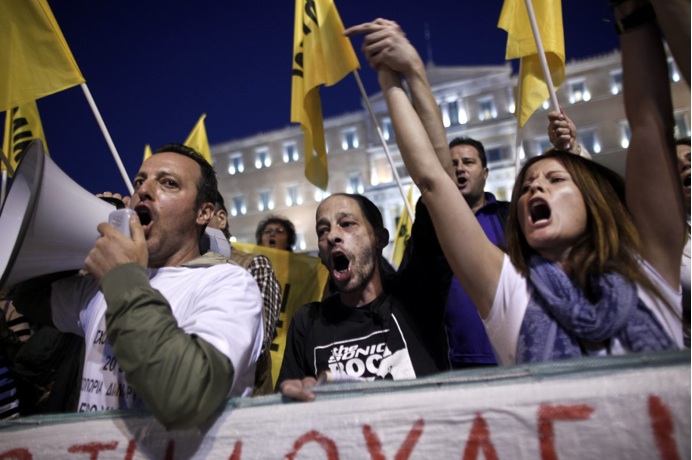 Eric King:  “Some of the Greek people are saying they are incredibly angry at what’s taken place.  One individual in Greece called the signing of the extension deal ‘Treason.’  He went on to say, ‘Collaborators will be judged by the Greek people for ultimate treason.’”

Embry:  “I think that’s right, Eric.  That was my point.  The EU cannot let them leave.  There is too much Greek debt polluting the European banking system.  The public voted for this government in the belief that they would do something about these unreasonable demands from the European Union.  Initially they talked a good game but when push came to shove, they buckled.  So naturally the people who voted for them are now pissed off.” ***ALSO JUST RELEASED: Paul Craig Roberts – Nuclear War Now Threatens To Destroy The World CLICK HERE.

Theft Of Greek Bank Deposits To Send Shockwaves Around The World!