Wealth taxes and financial repression as a solution to over-indebtedness?

“There is only one way to kill capitalism – by taxes, taxes, and more taxes." — Karl Marx

A preferably “quiet debt reduction” is supposed to be achieved by the following measures:

•Measures such as forcing domestic investors to invest in domestic capital markets, such as capital controls and regulations forcing institutional investors to hold portfolios with a “home bias.”

•Measures that imply a direct or indirect influence of government on financial institutions
(macro-prudential regulation).

•Negative deposit interest rates, which increase the incentive for banks to invest in relatively risk-free assets. Banks are thus encouraged to monetize government debt – something that can rightly be called an inflation policy. ​

“If a policy is pursued over a long period which postpones and delays necessary movements, the result must be that what ought to have been a gradual process of change becomes in the end a problem of the necessity of mass transfers within a short period.” — Friedrich August von Hayek

One of the most important goals of financial repression is to hold nominal interest rates below the rate of price inflation. This lowers the government's interest expenses and contributes to a reduction in the real value of the debt burden. Finders keepers, losers weepers: Worldwide savers thus lose approximately EUR 100 billion per year. Savings are, however, extremely important for capital formation and future growth, especially in times of crisis.

The post-war period in the US is often cited as the standard example for the “history of success” of financial repression. At the time, liquid bonds with short maturities were exchanged for illiquid long-term bonds. One can see a parallel to the present in this, as the increase of maturities of outstanding bonds is a major component of financial repression. This can also be seen in the following charts. 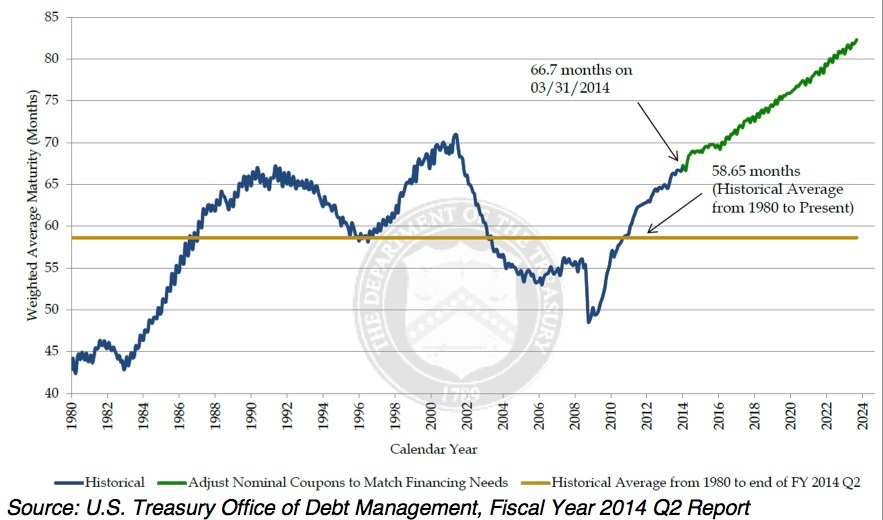 “The decline of the value of each dollar is in exact proportion to the gain in the number of them.” — Keith Weiner

The maturity profile of the Fed's balance sheet has been dramatically expanded in recent years. Obviously, an increase of a bond portfolio's maturity profile vastly increases its interest rate sensitivity. Should interest rates increase quickly, exorbitant accounting losses would immediately accrue to central banks and their equity capital would turn negative.  IMPORTANT – In a matter of hours KWN will be releasing an interview with a legend in the business covering the gold and silver smash and more.