The most powerful supercomputers in the world – and what they do? Answering the big questions of science.
TechRadar By Jamie Carter

We live in the computer age so it's no surprise that a nation's international importance is often measured on the number and the size of supercomputers it runs.
After three wins in a row, it was no surprise that Tianhe-2, a supercomputer at China's National University of Defence Technology in Guangzhou, was hailed once again as the world's most powerful system, clocking 33.86 petaflops.
The 44th Top 500 list of the world's most powerful supercomputers, revealed during November's International Supercomputing Conference (ISC) in New Orleans, contained only one new entry – a 3.57 petaflops Cray CS-Storm system installed at a secret US government facility. 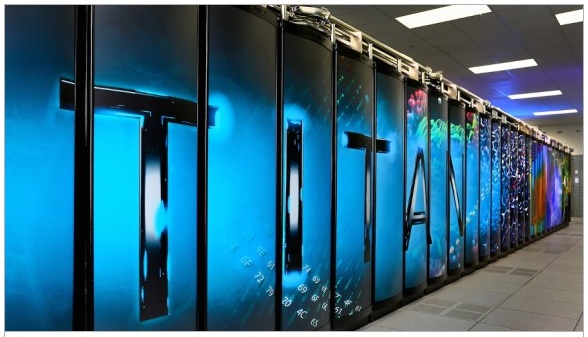 Does Tianhe-2's domination mean China is taking over?

"China is also among the most populated nations," points out George K. Thiruvathukal, Member of the IEEE Computer Society and professor of Computer Science at Loyola University Chicago. "They have a hundred cities with more than a million people. If anything, it reinforces the importance of the UK and US continuing to make investments in supercomputing and advanced computational methods in general."

Thiruvathukal thinks that the austerity measures now in place in many Western democracies could leave them trailing behind the likes of India and China, but that it's really not about money, but efficiency.

"When India launched a probe to Mars at a tenth of the cost of an equivalent mission in the USA, there is a growing feeling that spending money alone is not going to allow the UK and US to remain ahead," he says. "That said, not spending money is a certain path to falling behind the curve."

Here's the rundown of the top ten supercomputers – what these machines can do in a single day would take the average PC about 20 years.

1 – Tianhe-2: Holed-up in China's National University of Defence Technology in Guangzhou, Tianhe-2 is the world's top system with a performance of 33.86 petaflops. Achieving quadrillions of calculations per second, Tianhe-2 uses Intel Xeon Phi processors and is named after the Milky Way.
2 – Titan: A Cray XK7 system at the US Department of the Oak Ridge National Observatory at Harvard, Massachusetts, it uses Nvidia Tesla GPUs and AMD Opteron CPUs to create a 17.5 petaflop system for a range of science projects. Titan will be replaced in 2018 by IBM's Summit.
3 – Sequoia: A former top-ranker, this monster-sized computer at the Lawrence Berkeley National Laboratory in Berkeley, California, concentrates on extending the life of ageing nuclear weapons and conducting experiments on nuclear fusion. It can sustain 17.1 petaflops via its 96-rack IBM Blue Gene/Q system.
4 – K computer: Japan's highest-ranking HPC, Fujitsu's K computer sits in Kobe, Japan's RIKEN Advanced Institute for Computational Science, where the machine uses its 10.5 petaflops to "solve the energy, sustainability, healthcare, climate change, industrial and space challenges facing society today".
5 – Mira: Another IBM Blue Gene/Q machine, the Mira supercomputer at Argonne National Laboratory, Lemont, Illinois, is owned by the US Department of Energy (DOE). It's among the most energy efficient, and gets to 8.58 petaflops.
6 – Piz Daint: Named after a mountain in the Swiss Alps and housed at the Swiss National Supercomputing Centre, this mighty Cray XC30 system uses its 6.27 petaflops primarily for climate and weather modelling, though also for astrophysics, materials science and life science.
7 – Stampede: This Dell-made 5.1 petaflops system at the Texas Advanced Computing Center, Austin, makes its 10 trillion operations per second available for open research, with projects including drug molecule construction to weather forecasting to astrophysics passing through its 462,462 cores.
8 – Juqueen: With its 458,752 cores, this IBM BlueGene/Q example boasts 5 petaflops and does neuroscience, computational biology, climate research and quantum physics at the Forschungszentrum Juelich. It's Germany's only entry in the top ten.
9 – Vulcan: Almost identical to the Juqueen, this Sequoia IBM BlueGene/Q system runs 4.29 petaflops at the Lawrence Livermore National Laboratory (LLNL) in Livermore, California. The LLNL just inked a contract with IBM, Nvidia and Mellanox for a new supercomputer called Sierra for 2017, which will improve nuclear weapons modelling and do away with the need for underground testing.
10 – *Top secret*: We know it's based on a Cray CS-Storm system and achieves a paltry (for the top ten, anyhow) 3.57 petaflops, but this US government-owned supercomputer lacks the usual kooky name, and its whereabouts isn't publicly known. It's the most efficient HPC yet.