Despite hitting new all-time highs on the Dow this week, the major index has now seen 6 Titanic or Hindenburg Omen warnings in the past 30 days!  An illustration showing the warnings is included in this piece.

Another Nasdaq Warning
June 16 (King World News) – From Jason Goepfert at SentimenTrader:  On Thursday, there were more stocks that slid to a 52-week low on the Nasdaq than rallied to a 52-week high. Coming so soon after a new high in the Nasdaq Composite, this triggered a Titanic Syndrome signal. There have now been 6 Titanic or Hindenburg Omen warning signs in the past 30 days, one of the larger clusters during this bull market…

Even though the Nasdaq Composite made a new high in the past week, the past few sessions have been volatile. On Thursday, there were more stocks on the Nasdaq that sunk to a 52-week low than reached a 52-week high.

Since this occurred so soon after a new high, it triggered a Titanic Syndrome signal. Ignoring the silly names, the Titanic and Hindenburg Omen signals highlight unusual market conditions when breadth is not necessarily confirming the rosy outlook given by a rising market index. 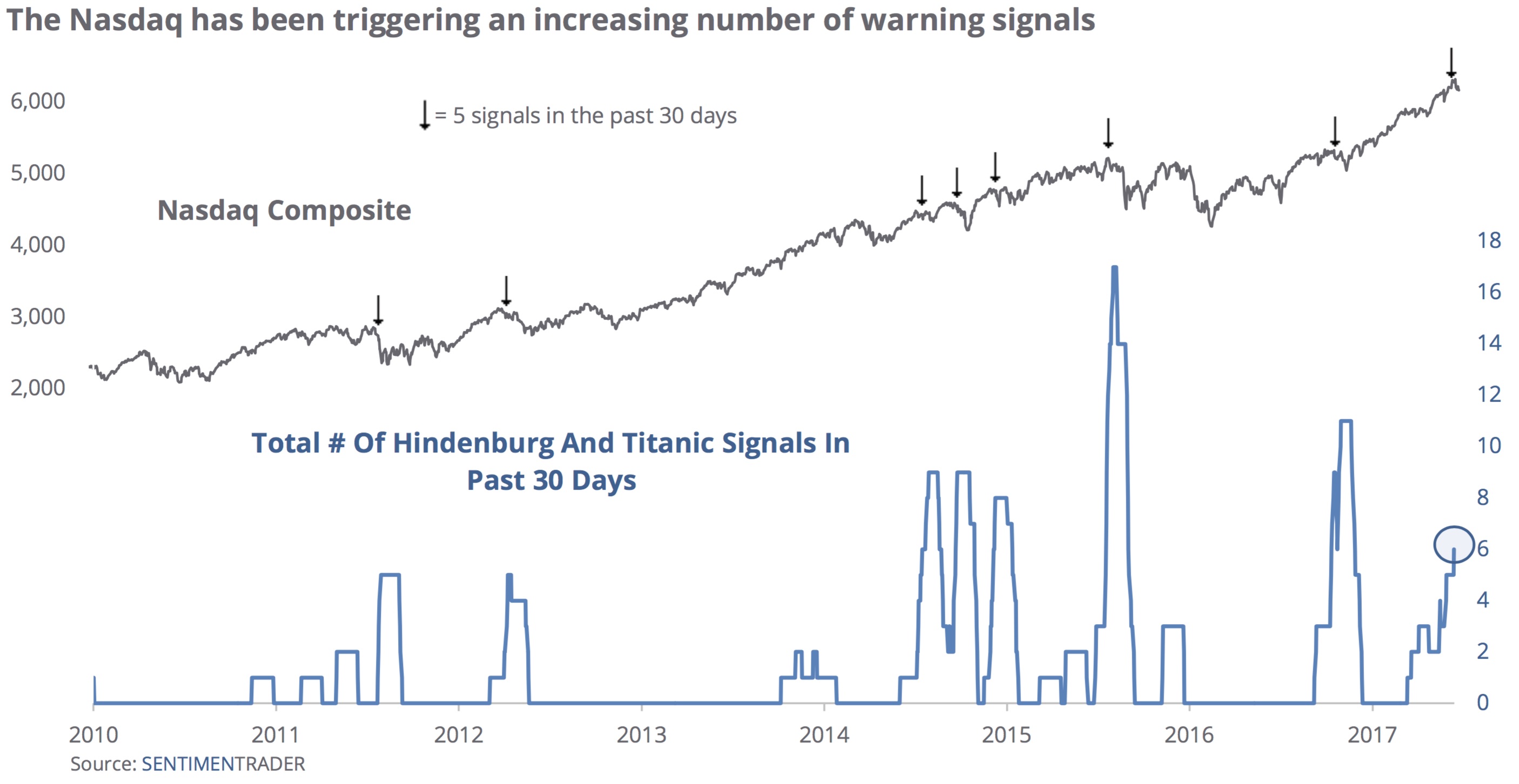 During the past 30 days, the Nasdaq has now recorded 6 of these signals, the most since last November. Other than a very brief dip, that was a horribly failed warning sign of future market weakness. But the other signals were mostly successful during this bull market.

It’s important to mention that at other times in the past 30 years, like in 2000 and 2007, the Nasdaq saw clusters of 15 or more signals in a 30-day period. So currently, the total is still relatively low compared to those peaks.

It’s troubling because it has mostly preceded a tough few weeks for the Nasdaq during this bull market, but it’s not yet to a point that preceded the other bull market peaks.

***ALSO JUST RELEASED: Is This The Greatest Opportunity Of 2017 For Gold, Silver, And The Mining Shares? CLICK HERE.