With the Dow and the Nasdaq recently hitting new all-time highs, we are now seeing major warning signals not seen since March of 2000 and January of 2008.

Shades Of 2000 & 2008!
November 14 (King World News) – From Jeff Saut, Chief Investment Strategist at Raymond James:  Speaking to the short-term direction of the equity markets, we offer this from another brilliant guru – Jason Goepfert (SentimenTrader) – who wrote this last night:

“The S&P’s split personality.  Last week, there were a lot of buying climaxes (reversals from 52-week highs) in S&P 500 stocks – 32 of them, which was up from 20 the prior week. There were also a lot of selling climaxes (reversals from 52-week lows), 17 of them, which is highly unusual in a week when there were so many buying climaxes. Usually there are many of one or the other, not both. The only time we’ve seen so many of both kinds of reversals, showing a highly split market, was in March 2000.”

March of 2000? We hope that is not the case here in the current market cycle, but the future can only be lived going forward, while only understood in retrospect! As for the S&P 500 (SPX/2584.84), the ascending trend-line that has been intact since the August lows has been broken to the downside (see chart).

Such a powerful uptrend-line does not give up easily, but this one has.

When our internal energy models flip to the negative side, and such trend-line are violated, it has typically been a call to caution…

Admittedly, we have been in “cautious mode” since the beginning of August, yet we have still bought some special situation stocks despite said caution. Unfortunately, we remain in cautionary mode, as do our short/intermediate-term models (our long-term proprietary model flipped positively in October 2008 and has not turned negative since then).

“Last week, we saw a lot of both kinds of activity, which suggests a very split market. The only week that saw more combined buying and selling climaxes was March 10, 2000. The next-most was 15 from January 2008.” 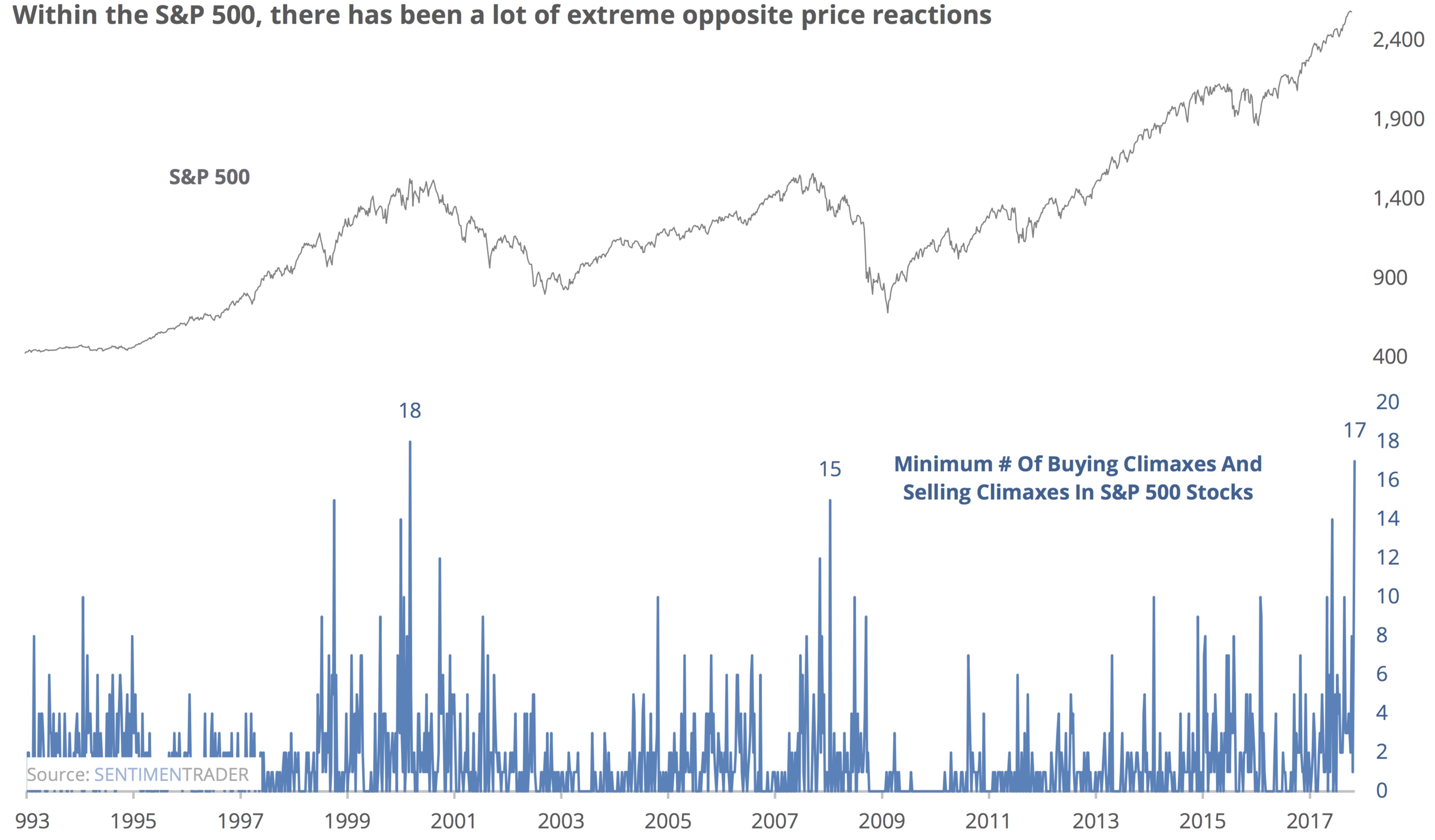