Ahead of tomorrow’s U.S. Jobs Report and on the heels of some wild trading action in the past week in the gold and silver markets, today top Citi analyst Tom Fitzpatrick sent King World News an incredibly important pair of charts which show that gold and silver may now be setting up for major upside advances.  Below are the 2 key gold and silver charts that all KWN readers around the world need to see along with Fitzpatrick’s comments.

Below is what Fitzpatrick had to say along with his 2 key charts: 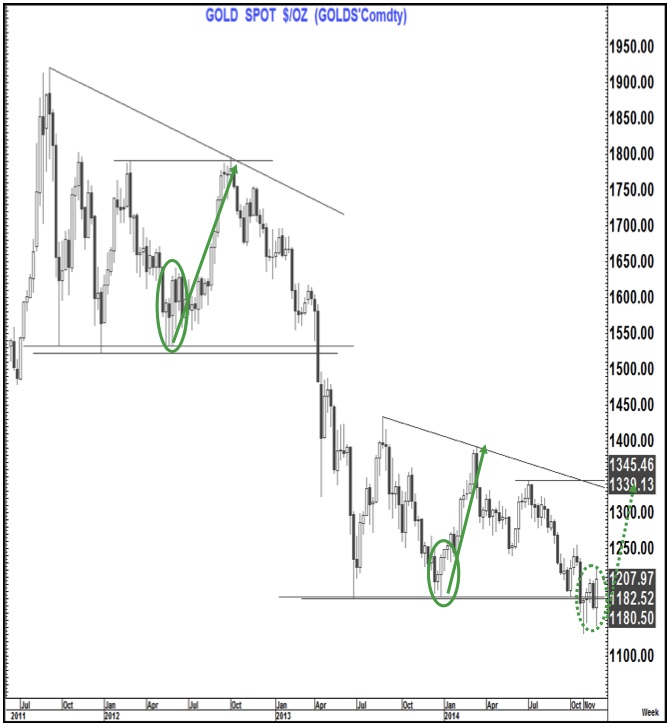 However, unlike in that period, Gold has moved back decisively above the breakdown area (closing above it in 3 of the last 4 weeks)….

So far it’s holding the Feb 2010 lows and possibly forming a bullish outside week (close this week over $16.73). 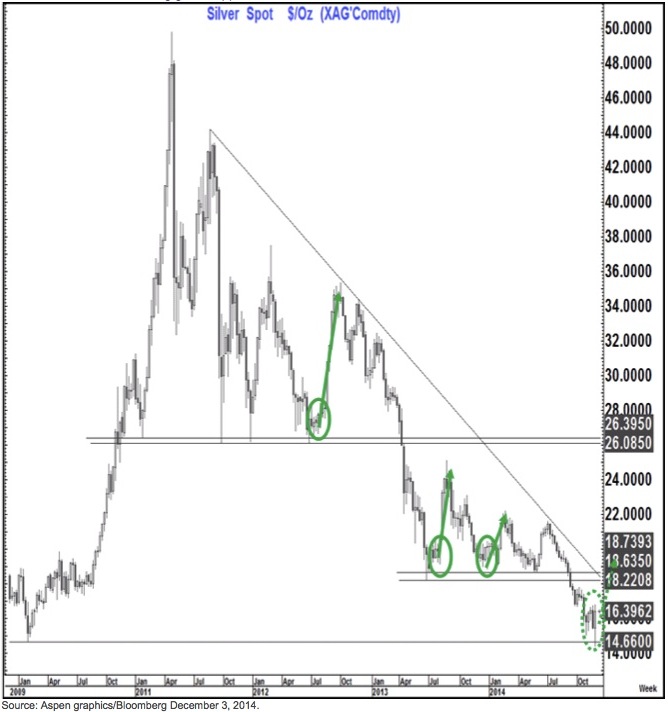 All this suggests a bullish outside week, if seen, could generate a rally to $17 to $19 in Silver.

KWN note:  The way gold and silver close on Friday after the U.S. Jobs Report will answer the question.