This now threatens to collapse the entire global financial system.

People Don’t Forget
The Kobeissi Letter:  Things the Fed said one year ago:

1. Rates will remain lower for longer
2. Unlikely to raise rates until 2024
3. We believe a recession is unlikely
4. Inflation is transitory and not a problem
5. Inflation should fall to 2% in 2022

Has there ever been a more wrong Fed? 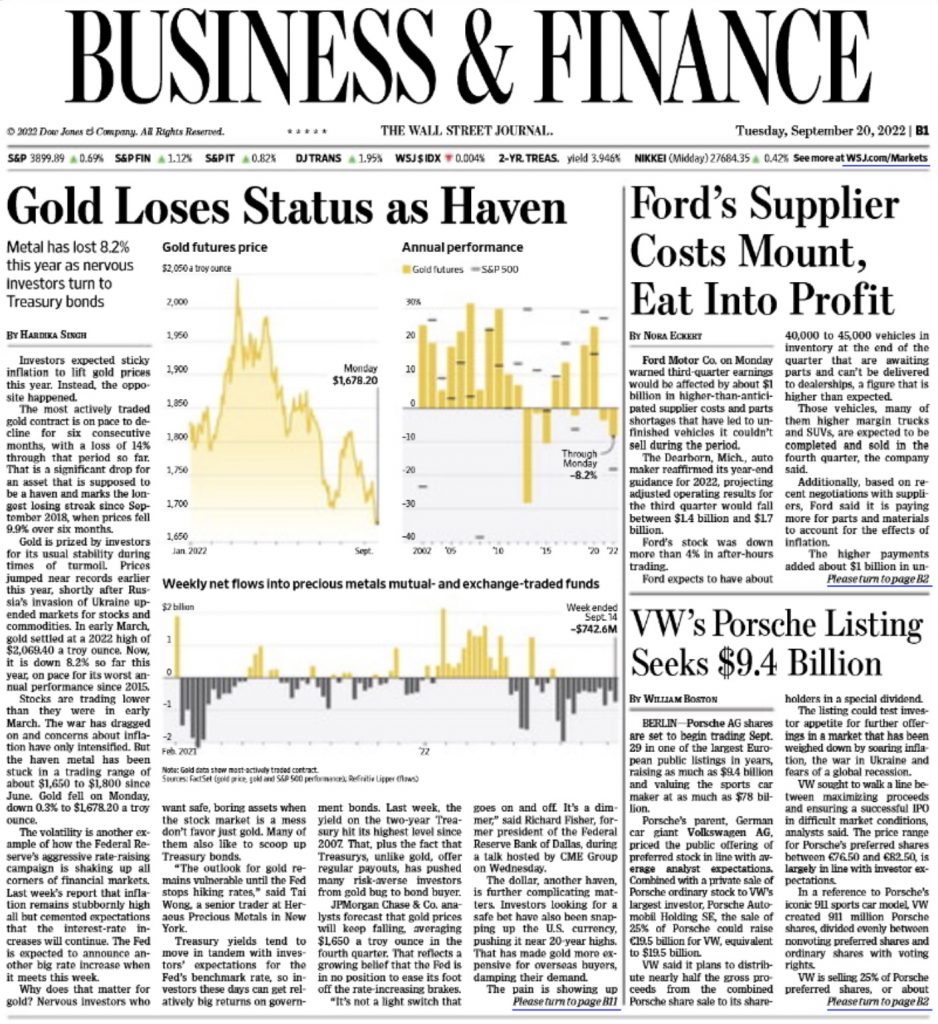 Fed Decision And Statement
Peter Boockvar:  The FOMC statement itself was rather dull in terms of being almost identical to the July statement. The only tweak was on the economy where they started by saying “Recent indicators point to modest growth in spending and production” vs “Recent indicators of spending and production have softened” said in July.

What got the markets moving was the median dot plot of the fed funds rate which went from 3.4% in their June estimate to 4.4% by year end. With the fed funds range now 3-3.25%, that implies another 125 bps of hikes over the next two meetings, implying 75 bps in November and 50 bps in December. The median tacks on another 20 bps in 2023.

Bottom Line
Bottom line, another 125 bps of rate hikes by yr end was not what the markets were expecting, only 100 bps, although the mid 2023 fed funds futures range of 4.5% prior to the statement, is not far off from the median dot plot. So all we’re talking about here is an extra 25 bps of possible hikes. That said, this shows the very high level commitment on the part of the Fed to cut the inflation rate sharply from here and that is what markets are responding to.

It will be really important to see if Powell blesses the dots and another 75 bps in November. Either way, the Fed has now entered the ‘Danger Zone’ in terms of the rate shock they are throwing onto the US economy.

Too Many Gummies?
An analogy to the concept of ‘long and variable lags’ when it comes to monetary policy and the time it takes for it to fully filter through an economy is like taking a gummy (which I don’t do, so this is what I’ve heard) and having to wait up until an hour before you feel anything. But, some who don’t have experience with gummies end up taking another after 30 minutes because they don’t feel anything yet and maybe even another dose after 45 minutes before they get hit with a ton of bricks at the 60 minute mark. Now this is not an exact analogy because we know the interest rate sensitive parts of the economy, housing and auto’s, responded pretty quickly to the rise in rates. But, the Fed is really risking here taking too many gummies just before everything fully kicks in and it overwhelms economic activity at a rate not anticipated.

To expand, Powell continues to take comfort in his belief in the strength of the labor market that he feels gives him license to be this aggressive with rates, let alone QT at the same time. And I’m afraid that he doesn’t appreciate what happens at the 60 minute mark as he continues to overdose on the tightening in terms of the speed and steepness of it.

The Treasury market is expecting the overdose as the 2s/10s spread inverts further to 52 bps, the most since 2000. 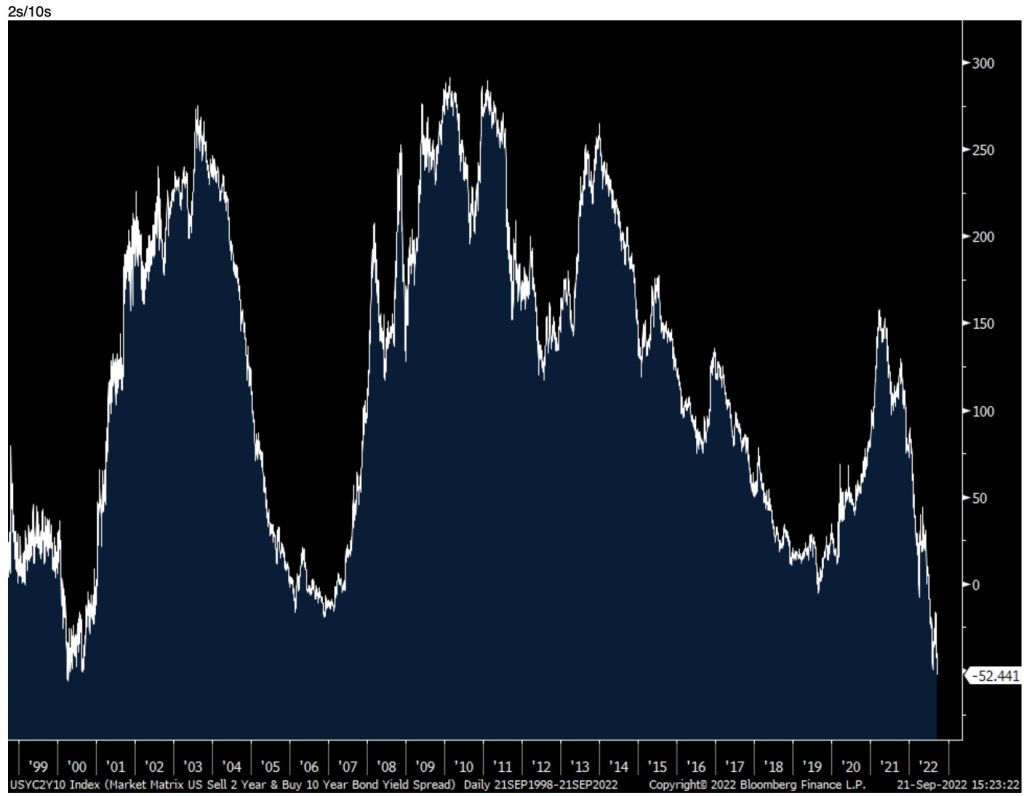