With the price of gold surging $40, look at what is now up a staggering 26 times in price, 1950s-today, mega inflation, plus this is also skyrocketing.

Silver
September 30 (King World News) – Graddhy out of Sweden:  We can not forget the big picture. This cup & handle will breakout and then go a very long way, as I see it. It broke below 2020 Sept wick low of 21.81 yesterday and is now backtesting black support line. And today the 30th is last day of the quarter. 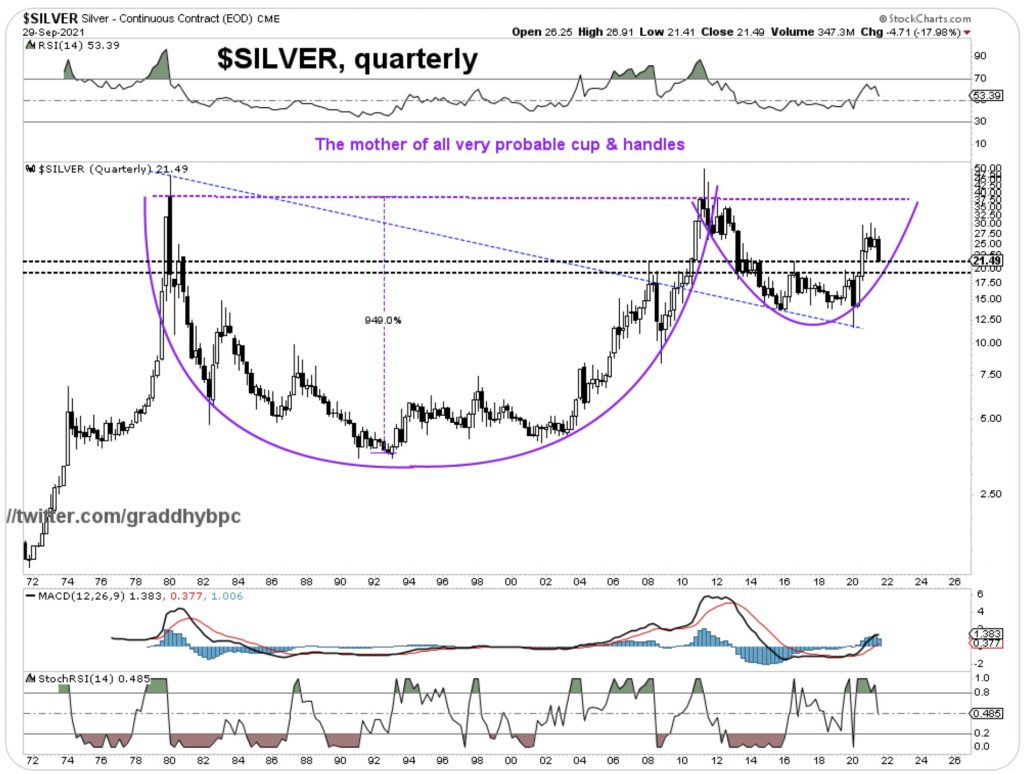 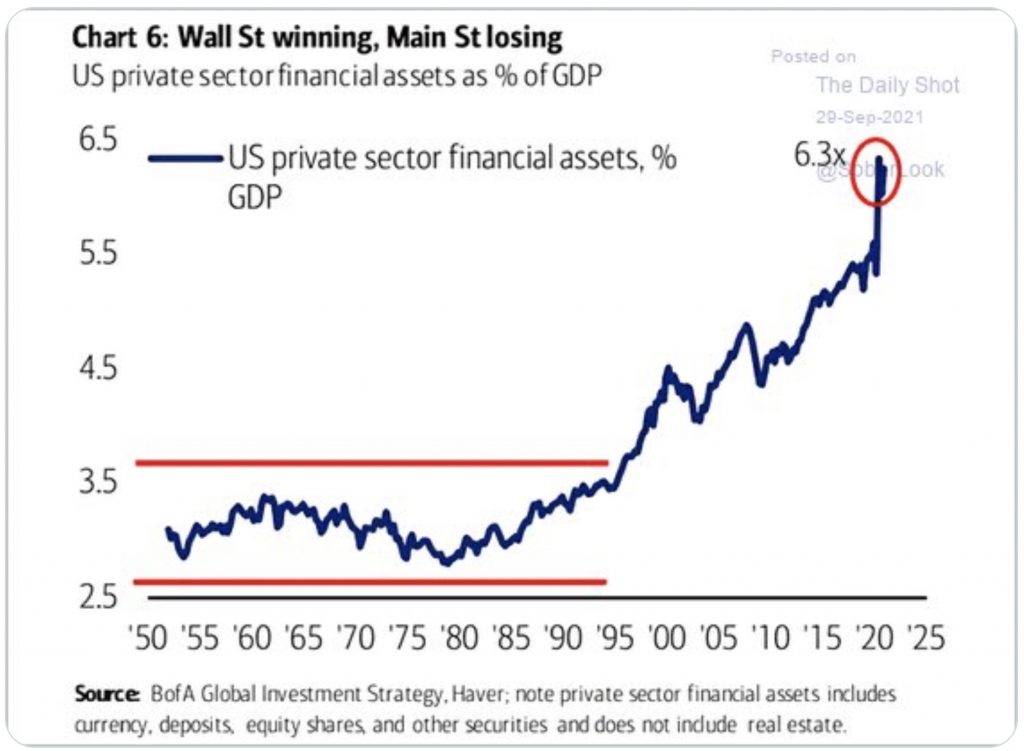 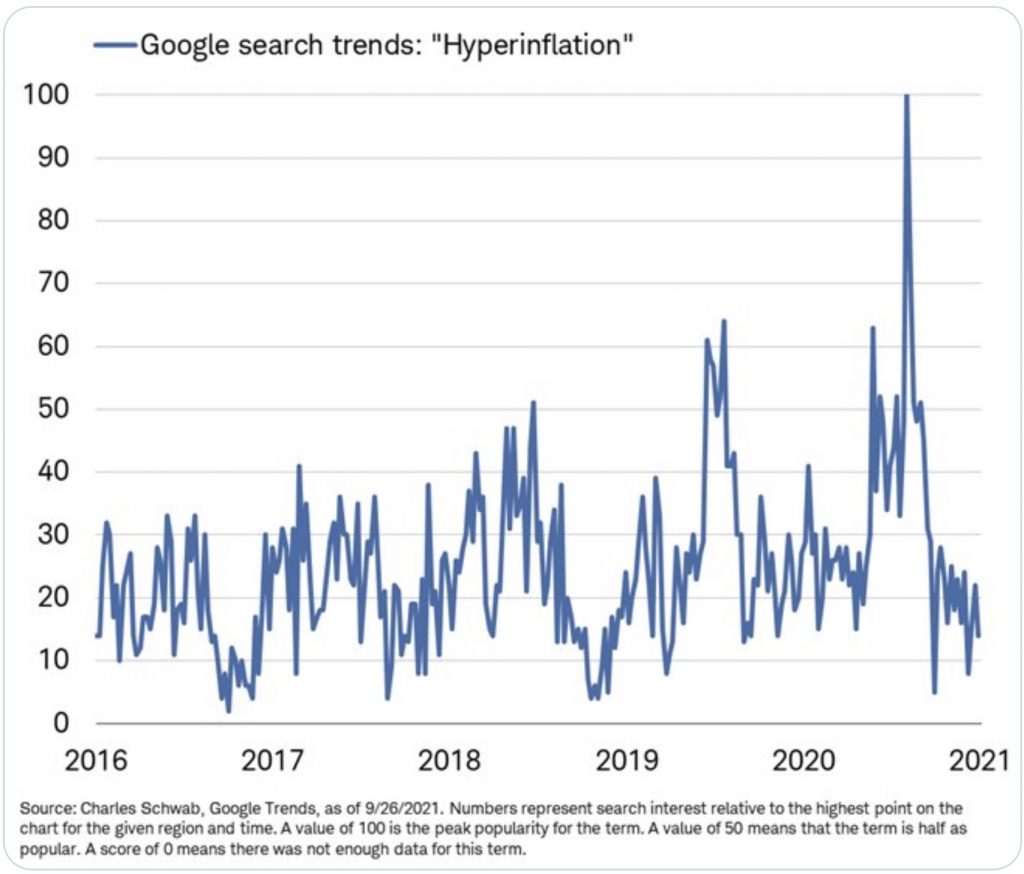 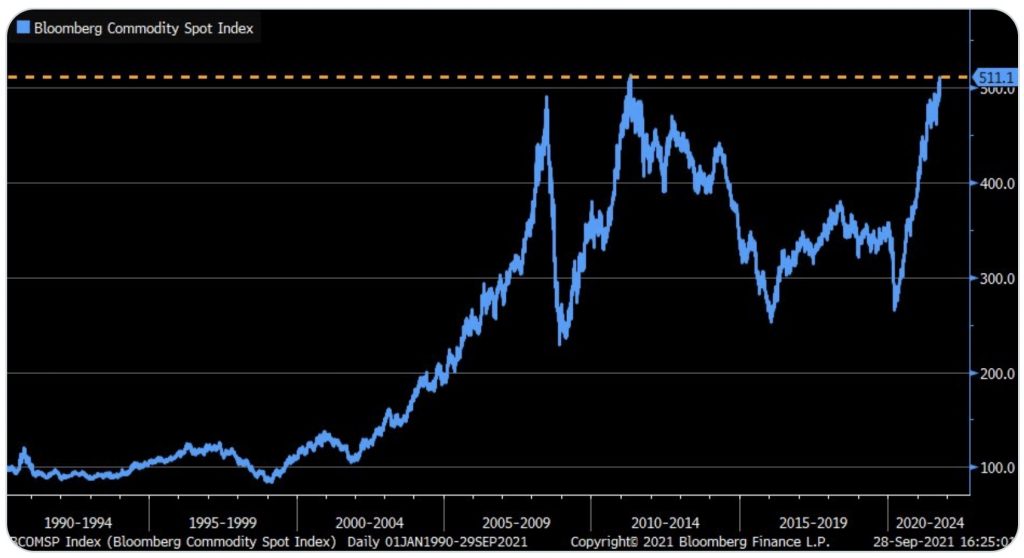 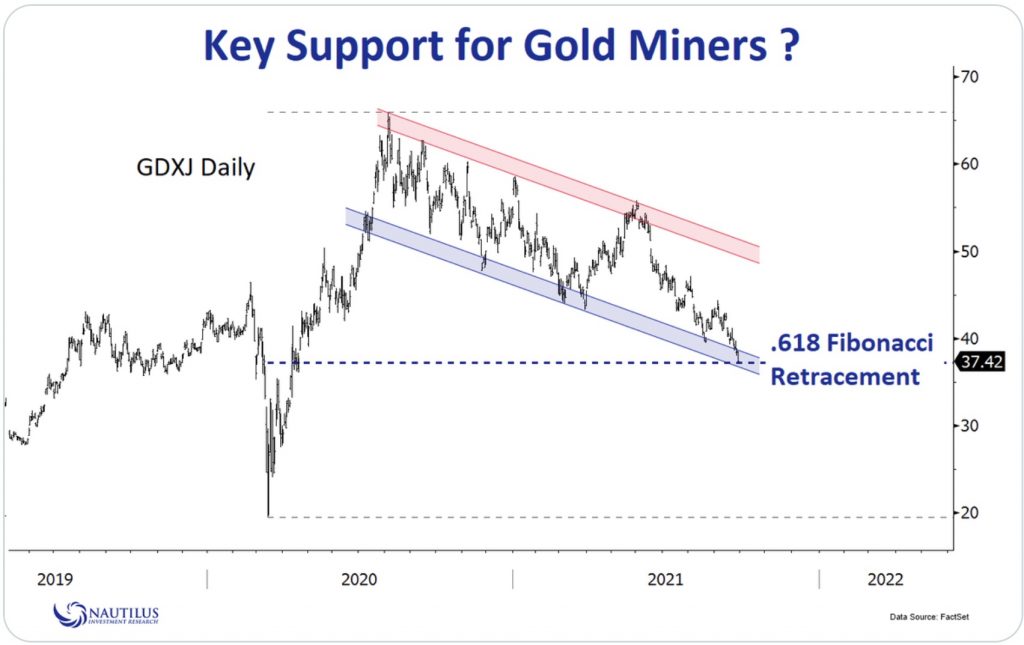 Mega Inflation!
Jeroen Blokland:  The Eurozone’s benchmark Natural Gas future is now up a whopping 26 times(!) compared to its low in May last year. Argue that this is transitory all you want, but someone has to pay for this, now.

Eurozone Natural Gas Up A Whopping 26X In Price! 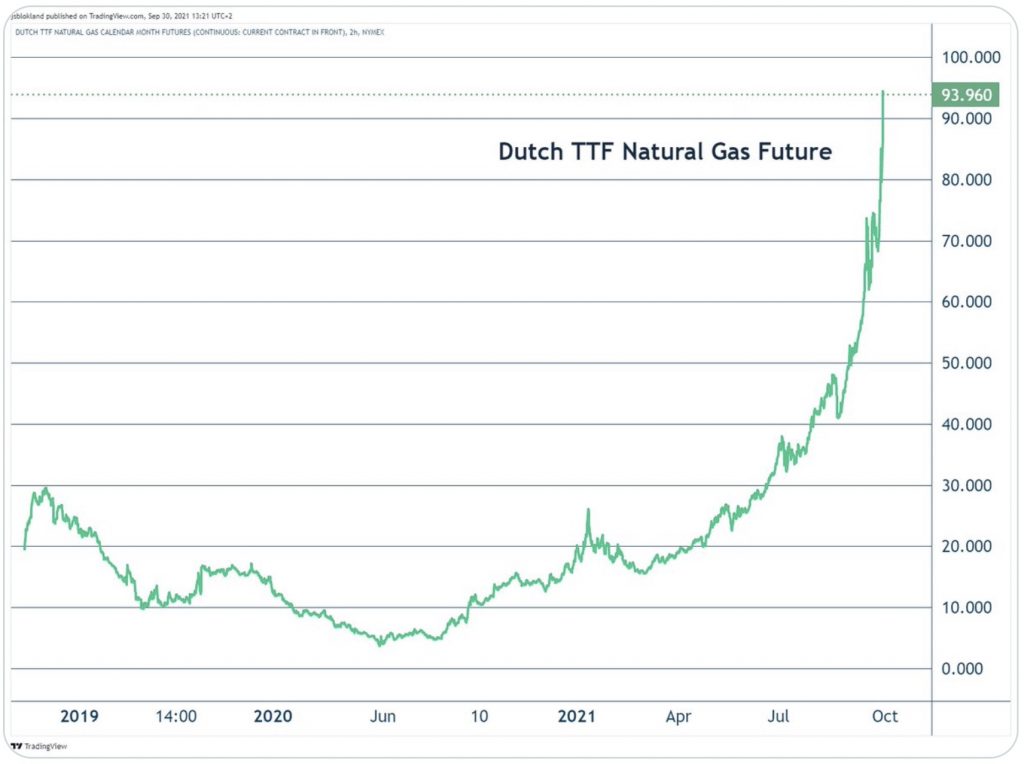 More Inflation
Holger Zschaepitz:  Good morning from Germany, where the energy crisis is also hitting hard. Electricity prices are skyrocketing to their highest level in at least ten years. 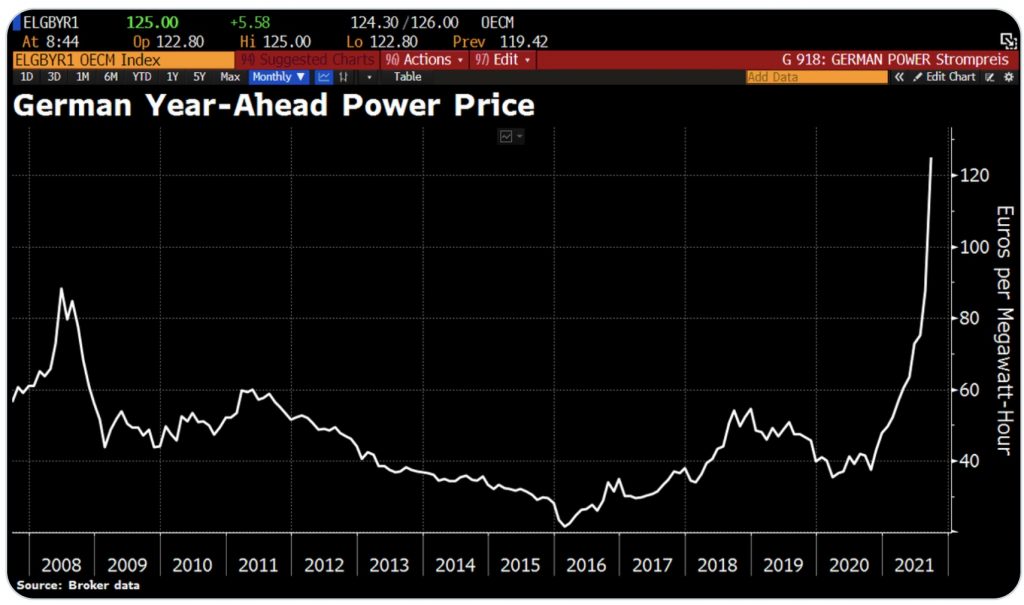 US Debt Ceiling
Simon Mikhailovich:  “Over the past century, the debt ceiling has been lifted almost 100 times. The US has a debt problem, not a debt ceiling problem.”…

XAU/Gold Ratio
DowGoldEquals1:  XAU/Gold ratio: This is the big picture to focus on. Miners are rounding out a huge base and a massive bull market is on the way in the coming decade.

Miners Rounding Out Huge Base
Preparing For Massive Bull Market