This is how bad things have become, plus silver bull ready to emerge.

Countries Are Struggling
June 7 (King World News) – Peter Boockvar:  The Reserve Bank of Australia is another central bank that went way too far with its easing over the past few years and now is doing a complete 180. They hiked rates overnight by 50 bps to .85%, the biggest move since 2000. Only a 25 bps rate hike was expected. Governor Lowe said

“The board is committed to doing what is necessary to ensure that inflation in Australia returns to target over time.”

Which means more rate hikes at the coming meetings. Yes, the RBA is dealing with global factors with respect to inflation:

“but domestic factors are playing a role too, with capacity constraints in some sectors and the tight labor market contributing to the upward pressure on prices. The floods earlier this year have also affected some prices.”

They do expect inflation to recede back to a 2-3% range next years. Or maybe we should say, they hope so.

The Aussie $ spiked in response but is back to unchanged. The 2 yr yield though jumped 18 bps to 2.80%. Their 10 yr yield was up 7 bps to 3.56%, a hair below an 8 yr high. The ASX sold off by 1.5% on the rate surprise. When looking at the US stock market and its still high multiples (2022 eps estimates are still based on no economic slowdown and little margin compression), remember that there is an entire world in which to invest. The ASX is trading at 14x 2022 earnings and has a dividend yield of 4.6%.

Meanwhile In Europe
The ECB on Thursday will officially announce the end of QE but as with checking out of Hotel California, they will never leave. The FT is reporting today that:

“the ECB is this week set to strengthen its commitment to prop up vulnerable eurozone countries’ debt markets if they are hit by a sell-off, as policymakers prepare to raise rates for the first time in more than a decade.”

How would they do this? Create an entirely new bond buying program:

“if needed to counter borrowing costs for member states, such as Italy, spiraling out of control, according to several people involved in the talks,” said the FT.

So QE is only ending temporarily it seems and we’ll see if they can even get out of zero rates this year. But, we know the market hasn’t waited around and has sharply hiked rates for them, particularly in Italy where its 10 yr yield is up 220 bps this year alone. The bottom line is that price stability is not the ECB’s number priority, it is 2nd. Financing the debts and deficits of the Eurozone is now number one. The Italian 10 yr yield is down 5 bps today on this story and the euro is lower for a 3rd day. I’m amazed at how little talk there has been about the European bond sell off over the past month. 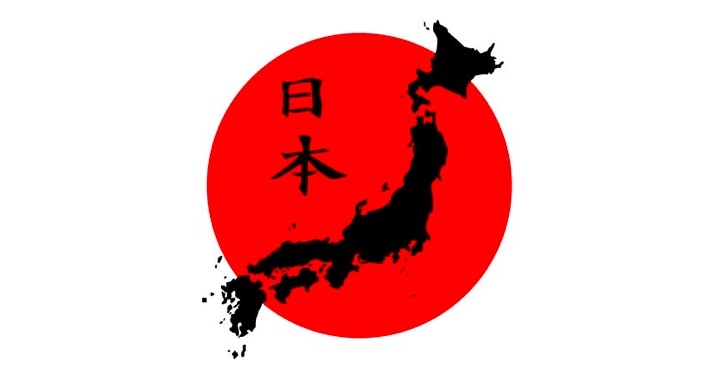 More Trouble In The Land Of The Rising Sun
The other monetary pressure cooker remains Japan and the yen today is falling to a fresh 20 yr low against the US dollar.

Yen Tumbles To 20 Year Low vs US Dollar 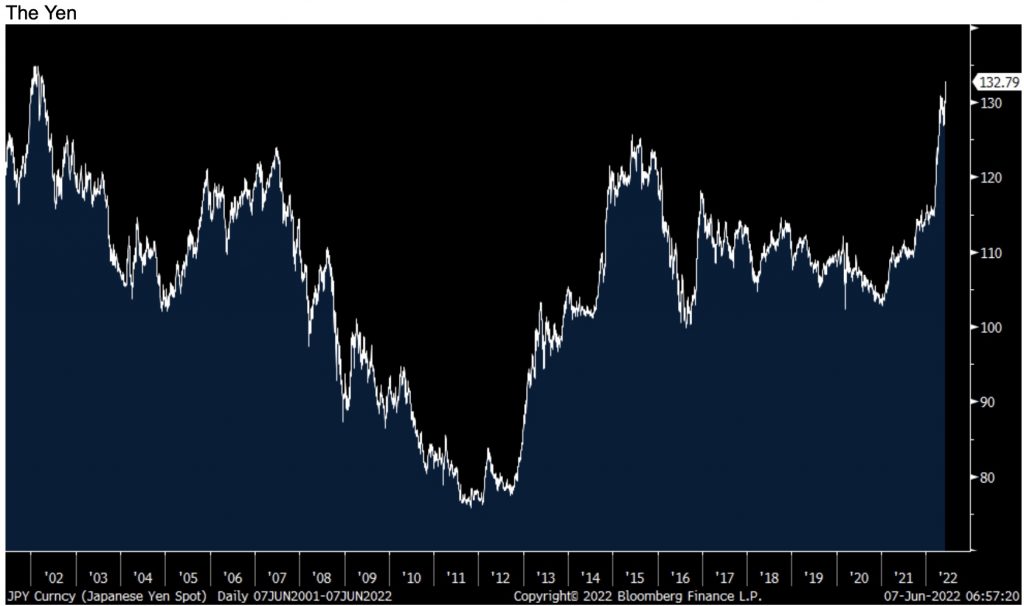 That interest rate beach ball is getting harder and harder to keep under water. The 10 yr JGB yield closed at .248%, AGAIN testing the BoJ and that .25% cap. The 40 yr yield, unconstrained by YCC, was up 2 bps to 1.14% and is less than 1 bp from rising to the highest since 2016. You’ve heard me many times worry about this situation as if the BoJ loses this battle, we could be headed for another round of global bond selling just as we’ve seen recently with European bonds and why the US 10 yr yield is back above 3.00% again. We’re all in this central bank driven bond bubble together.

The Japanese Finance Minister was out quickly on this yen break today to try to verbally contain the selloff. As he’s said many times over the past few months:

“It’s important that exchange rates remain stable, and reflect economic fundamentals. The government is watching FX market moves and their impact on the Japanese economy with a sense of urgency.”

Silver
I’ve certainly been guilty of being very bullish on silver but what wasn’t mentioned as the solar stocks ripped higher yesterday on the 2 year tariff delay news is that silver is a key raw material needed for solar panels. About 10% of silver’s industrial uses goes there. In a highly inflationary commodity environment, I’m still bullish on silver waiting patiently still for it to have its day, helped too as a monetary metal of 5000 years.

Remain Bullish On Silver
The Monetary Metal Of 5,000 Years 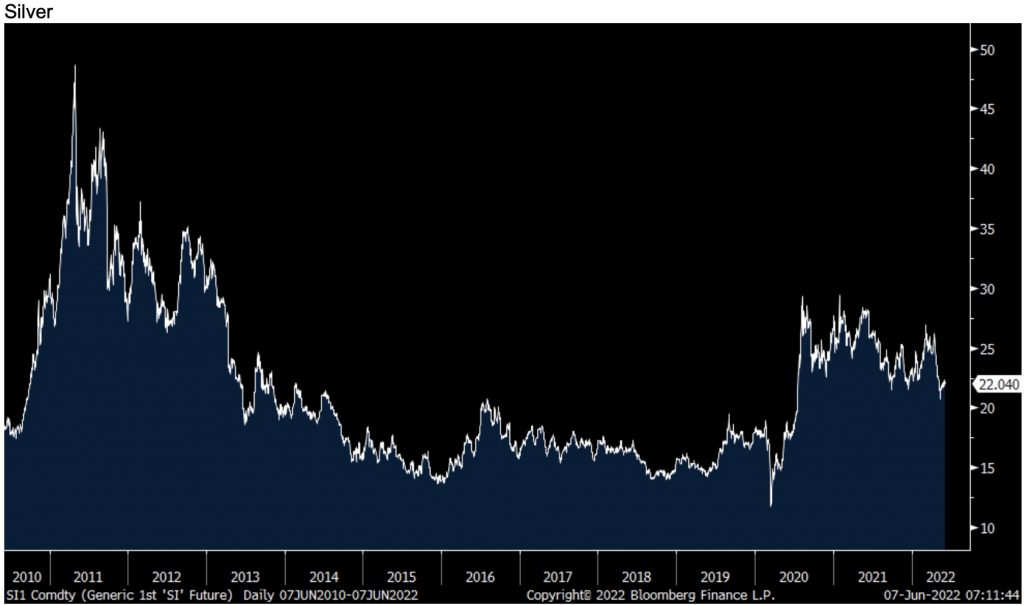 Big Economic Picture
About 3 months ago, the CEO of RH (Restoration Hardware) Gary Friedman gave a very enlightened and colorful viewpoint of the macro landscape. In case you didn’t hear what he said last week after reporting its Q1 2022 earnings, he was again worth listening to. On the big economic picture and demand questions we all have (that he said has slowed):

“how does this all unfold? I don’t think anybody really knows right now. It’s the first time anybody has seen inflation like this in 42 years, right? So I don’t know if, how many people on this call were adults 42 years ago. Not a lot, right? Not adults that had a lot of wisdom, at least I like to say. So the people that really had wisdom 42 years ago are 80, 90 or 100 years old.

So just not a lot of those people are still highly active in decision making roles. I guess like we have a President that at least you might have been old enough to kind of know what’s going on, but it doesn’t seem like they know what to do. Janet Yellen finally did come out and say I was wrong. I mean, everybody is giving her all this credit for the Mea culpa like what took so long? Like how clear did it have to be to kind of admit you were wrong, right? Like how long ago did inflation go from 2% to 4%, 4% to 7.4% and then to 8.5%…

“I think that if you look at what’s happening, you say we’ve got really high inflation. Is it going to come down? Is it done? If you ask me to tell you what the consensus of the people I talk to business leaders and people who run big portfolios of businesses and so on and so forth…They say inflation is running much higher than the stated numbers and we would concur with that.

We know that the Fed has to raise interest rates. We know when interest rates rise, it usually leads to a recession. It surely is not good for the housing market. Anybody that thinks that rising interest rates is a good thing for the housing market hasn’t been alive long enough. And so you’ve got rising interest rates. You have the government starting to – they’ve been doing QE and now we’re going to tighten. That’s not good for the debt markets. The cost of money is just going to go way up everywhere, right? So, do we have multiple contractions and are we in somewhat of an earnings recession based off the highs and where do we go from here? So none of us know.

None of us have a crystal ball. We can just look at the best data that we can get our hands on and try to make the best predictions and forecasts that we can. But it’s a time to remain highly – I believe, highly flexible.”

Target Not On Target Anymore
In Target’s press released today where they lowered their operating margin guidance and talked about changes to how they will run their business in the quarters to come in terms of procurement, logistics and product focus, they said:

“the Company is planning for continued strength in frequency categories like Food & Beverage, Household Essentials and Beauty, and is planning more conservatively in discretionary categories like Home, where trends have changed rapidly since the beginning of the year.”

They said the traffic trends are still there but includes:

Something we learned when they and Walmart dropped their earnings bombs a few weeks ago. They will markdown those items where they have too much inventory but at the same time take “pricing actions to address the impact of unusually high transportation and fuel costs.”

SPROTT: This Is Where The Really Big Money Will Be Made For Investors In A Chaotic World