This crisis will get much worse than 2008 and it’s already started.

Another Crisis
July 30 (King World News) – Eric King:  “How bad do you think the economy is going to get? Because when I look at Europe and the electricity numbers and the bills that are going to come due in France, in Germany, who is going to pay these electric bills? Don’t they eventually go to the consumer and somebody has to pay those bills? And how are they going to pay bills if they are 1,200% higher or whatever the number is?”

ELECTRICITY RATES HAVE INCREASED
A JAW-DROPPING 1,200% IN FRANCE.
OTHER EUROPEAN COUNTRIES
SEEING SIMILAR INCREASES
Who The Hell Is Going To Pay The Electricity Bill? 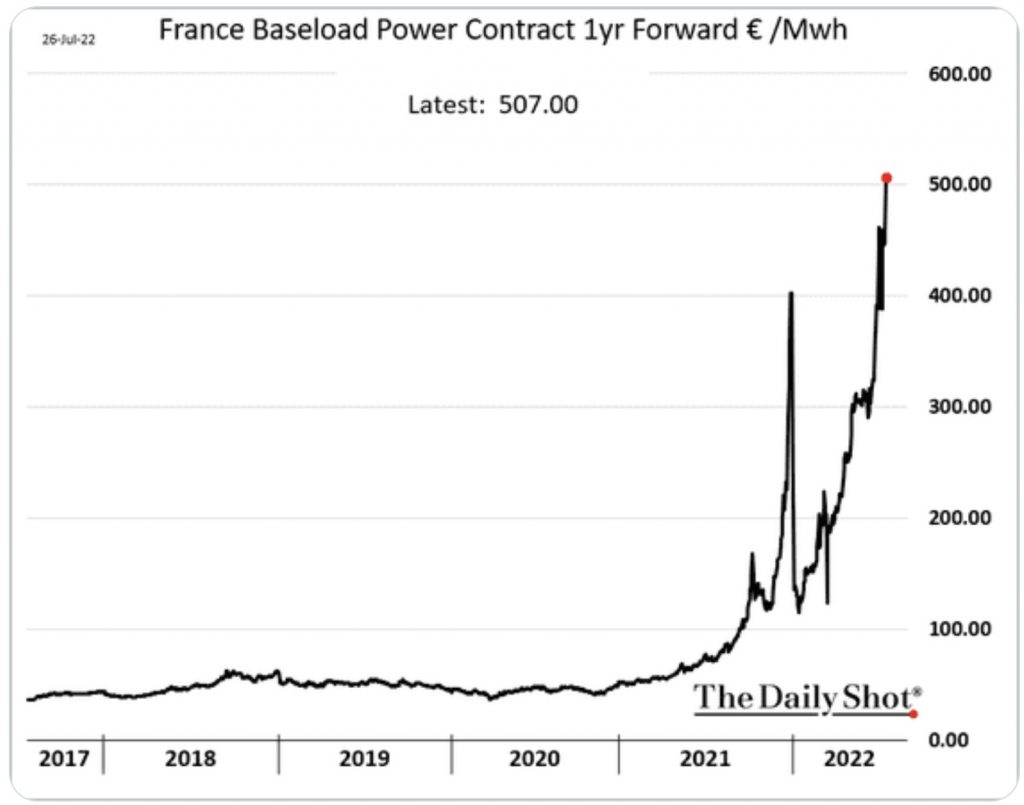 James Turk:  “Yeah and it’s not just electricity. Amazon has just increased prices 20-30% in various countries around Europe because of increasing costs. This is why consumers are always losing in a fiat currency system. We have to go back to a gold system where people understand how gold preserves purchasing power over long periods of time. An ounce of gold still buys the same amount of crude oil it did 60 or 70 years ago. So you are still buying that same amount of energy with that ounce of gold that you did back in the 1950s.”

This Crisis Will Get Much Worse Than 2008
Eric King:  “James, how chaotic will the back half of this year be?”

James Turk:  “I’m prepared for the worst. I’ve seen so many financial crises in my 75 years on this planet. One thing stands out as a characteristic and that is they tend to get worse from one to the next. 2008 was a really, really bad financial crisis. I think this next one that is now building is going to be even worse. And this could finally be the one that breaks the financial system…to continue listening to James Turk discuss this crisis and how it will impact major markets including gold CLICK HERE OR ON THE IMAGE BELOW.