BILLIONAIRE ERIC SPROTT JUST BOUGHT A 20% STAKE IN THIS EXCITING COMPANY
Outcrop Gold – The Next Great Opportunity! To Learn More About Why Billionaire Eric Sprott Is A Huge Investor In Outcrop Gold Play The Remarkable Audio Interview Above! SYMBOL OCG IN CANADA, OCGSF in the US & MRG1 IN GERMANY! 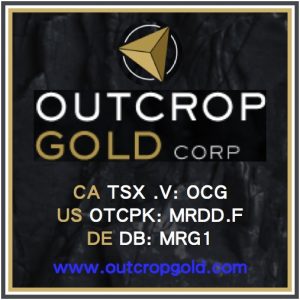 OUTCROP GOLD CORP. (TSX.V: OCG, OCGSF in the US & MRG1 in Germany) – Outcrop is a hybrid prospect generator active in Colombia acquiring gold and silver exploration projects with world-class discovery potential.  Outcrop performs its own grass roots exploration and then employs a joint venture business model on its projects to maximize investor exposure to discovery and minimize financial risk.  Outcrop has seven primary projects in Colombia with three at an advanced stage of exploration. Outcrop also conducts focused drilling on flagship properties such as Santa Ana to create its own catalysts for value creation.
The Santa Ana project comprises over 25,000 ha located in northern Tolima Department, Colombia, 190 km from Bogota.  The project consists of five regional scale parallel vein systems across a trend 12 kilometres wide and 30 kilometres long. The Santa Ana project covers a significant part of the Mariquita District where mining records date to at least 1585. The Mariquita District is the highest-grade primary silver district in Colombia, with historic silver grades reported to be among the highest in Latin America from dozens of mines.
Historic mining depths support a geologic and exploration model for composite mesothermal and epithermal vein systems having mineralization that likely extends to great depth. At Santa Ana it is unlikely that there is sharp elevation restriction common to high-grade zones in many epithermal systems with no mesozonal component.
At the core Santa Ana target, located at the northern extent of just one of the regional vein systems, at least eleven principle vein zones are recognized that cumulatively provide up to 14 km of cumulative strike length – La Ivana (including the La Porfia vein system), Roberto Tovar (Royal Mines, including the Santa Ana vein system), El Dorado, Morales, Pollera, Guanabanera, San Antonio, Palomos, Murillo, Culebra and Megapozo. The zones commonly each contain multiple parallel veins. The veins can show both high-grade silver and high-grade gold mineralization and may be both low and high angle depending on local controls. 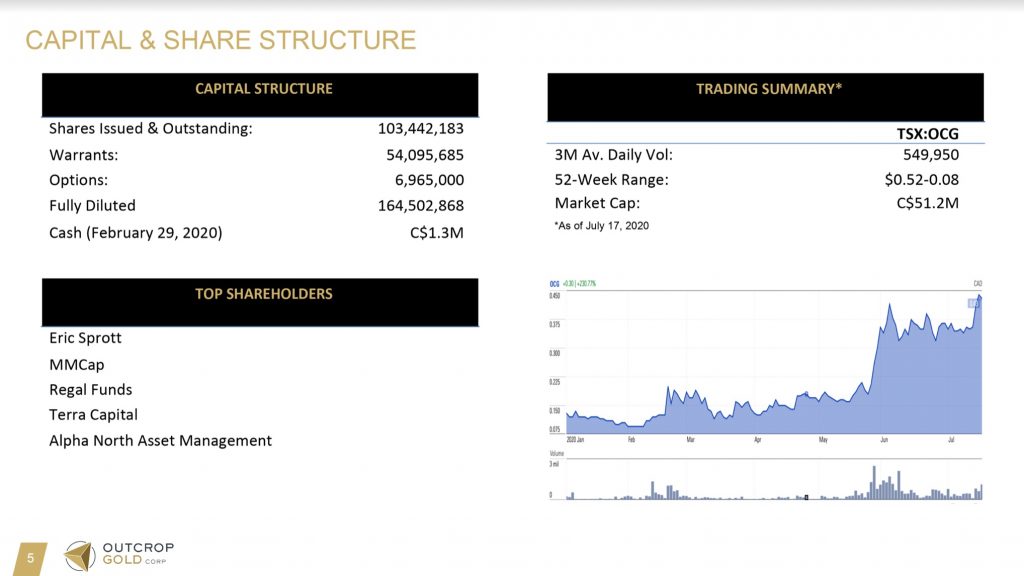 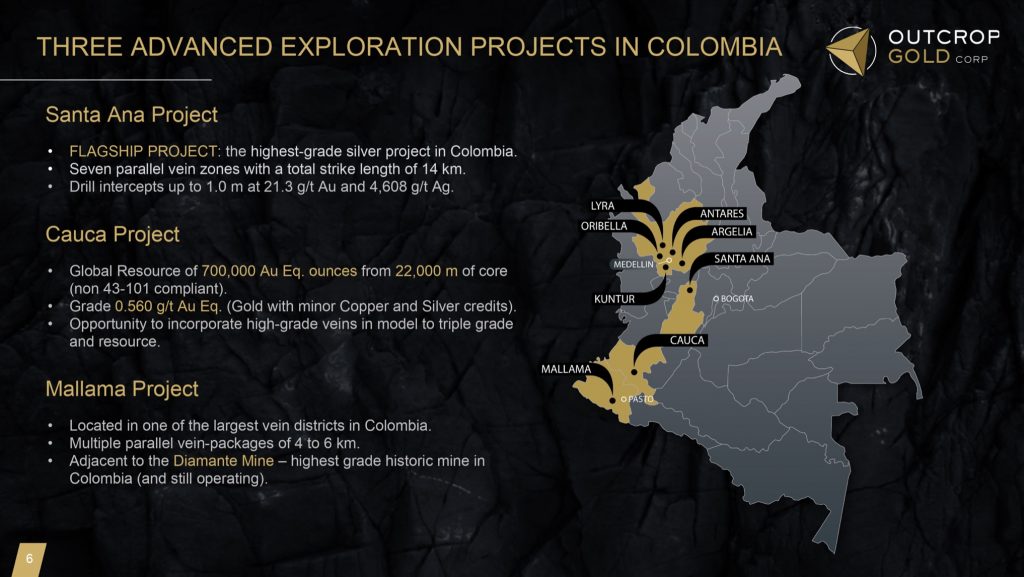 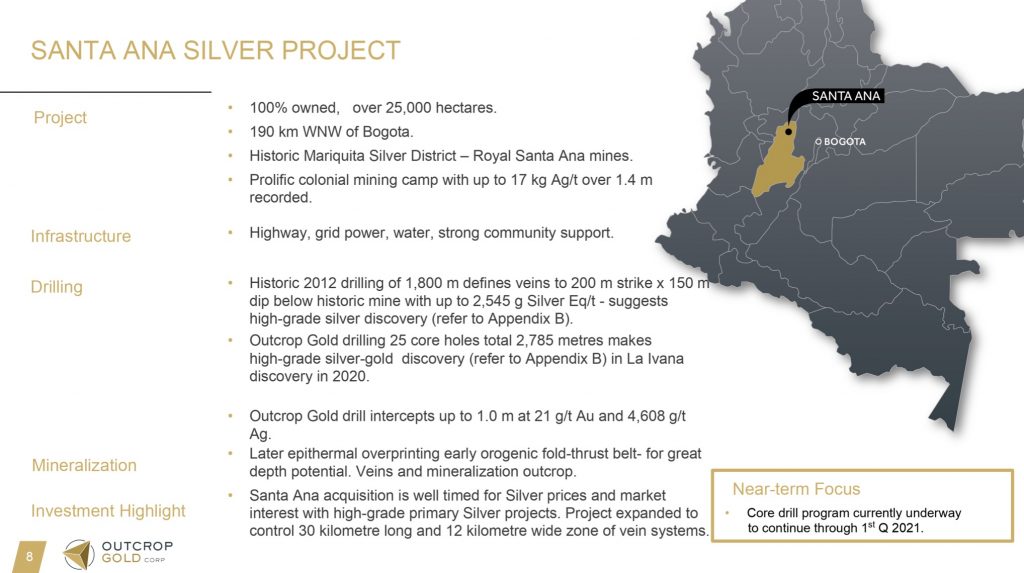 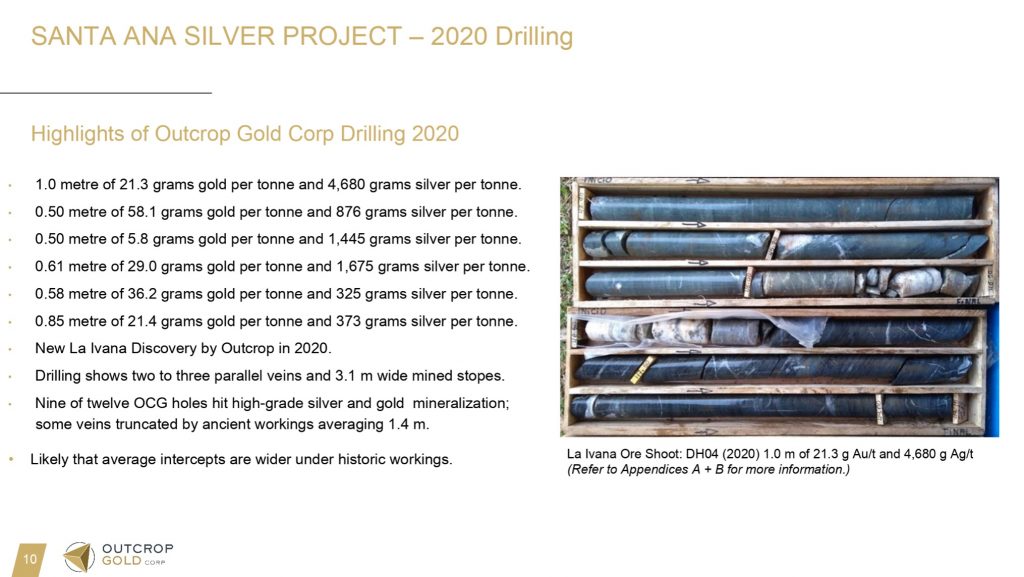 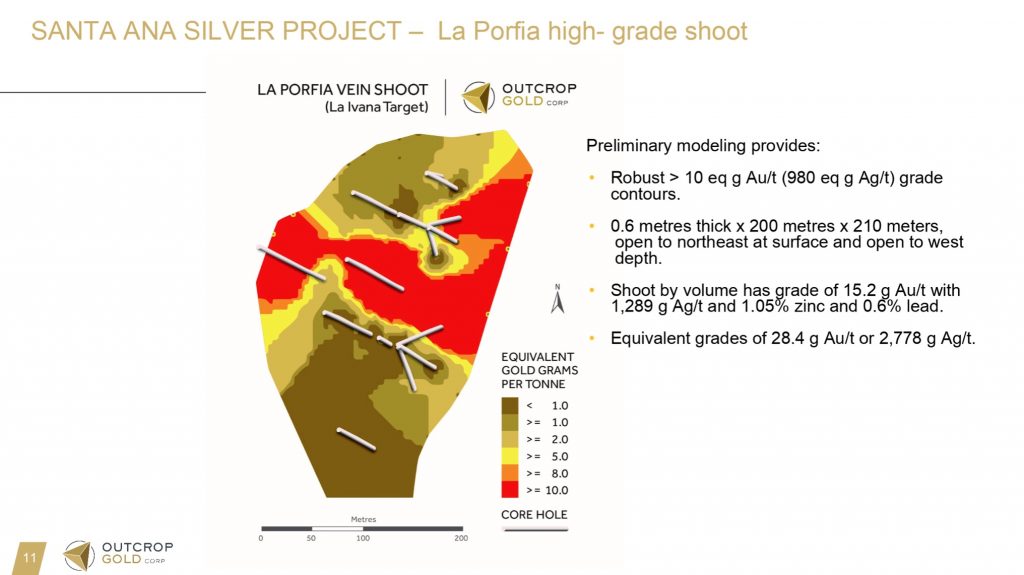 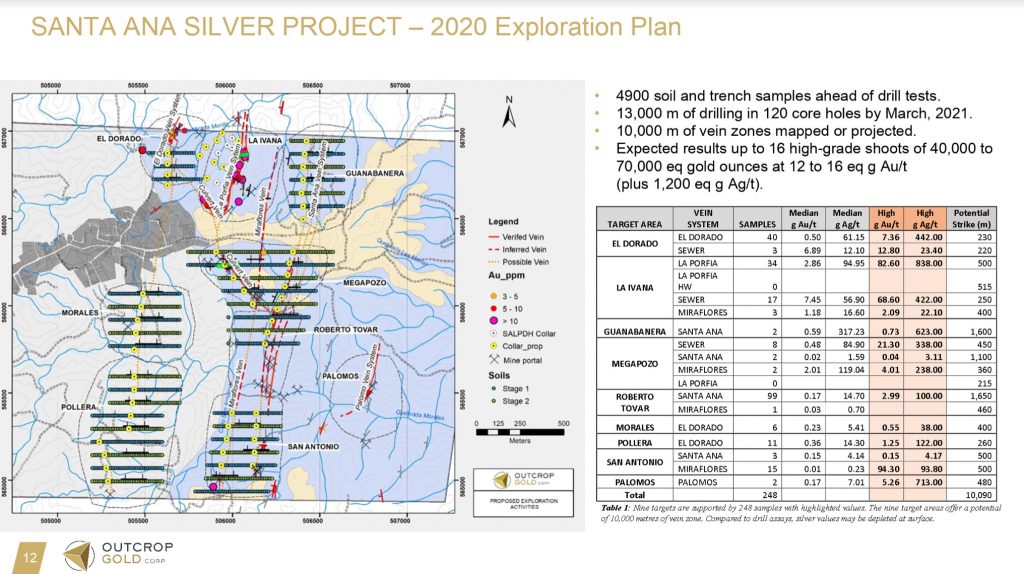 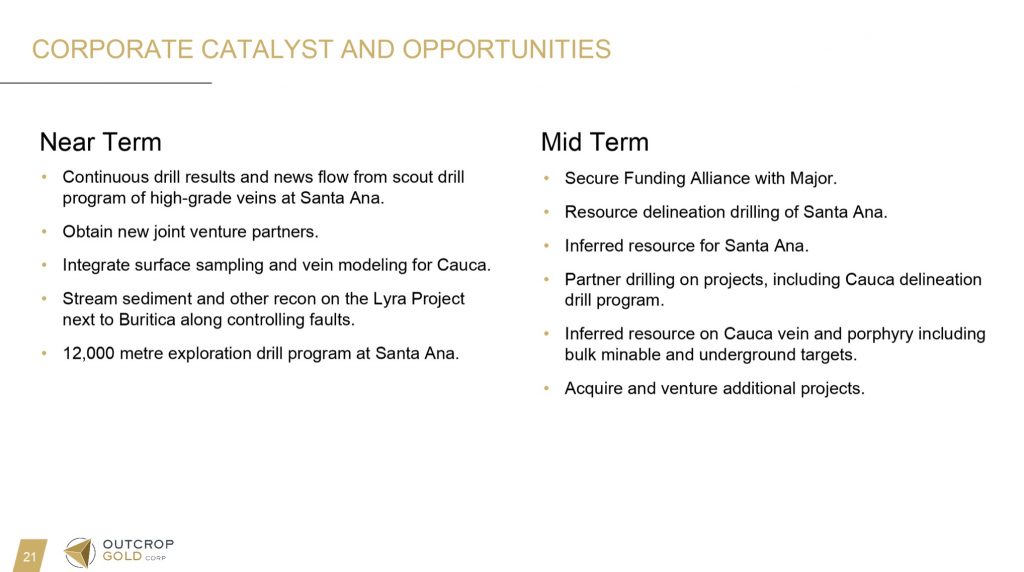 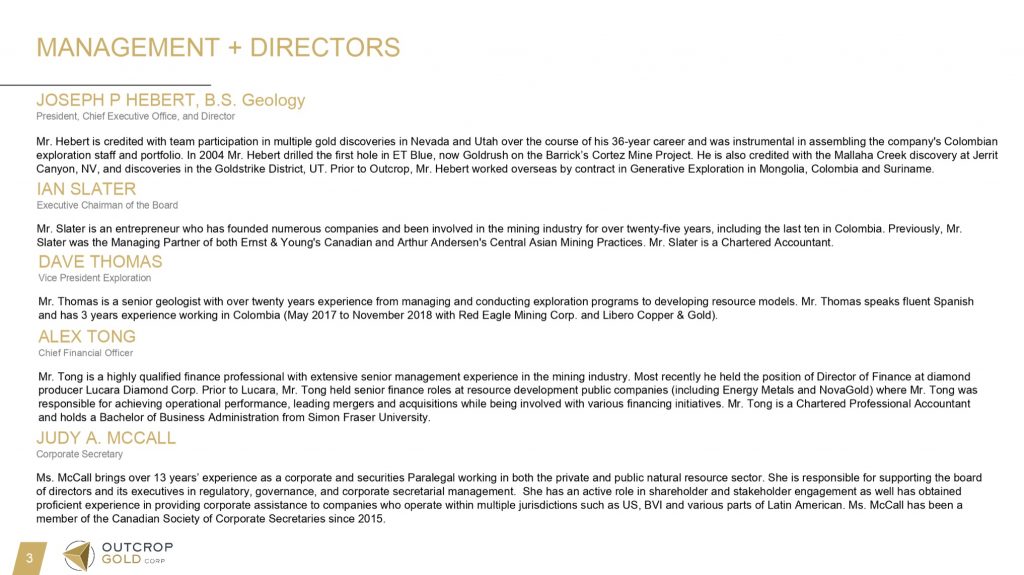