November 25 (King World News) – Alasdair Macleod:  The Thanksgiving holiday in America ensured that trade in precious metals was subdued this week. Nevertheless, gold and silver prices held their ground. In European morning trade today, gold was at $1753, up $3 from last Friday’s close. And silver was at $21.35, up 40 cents. 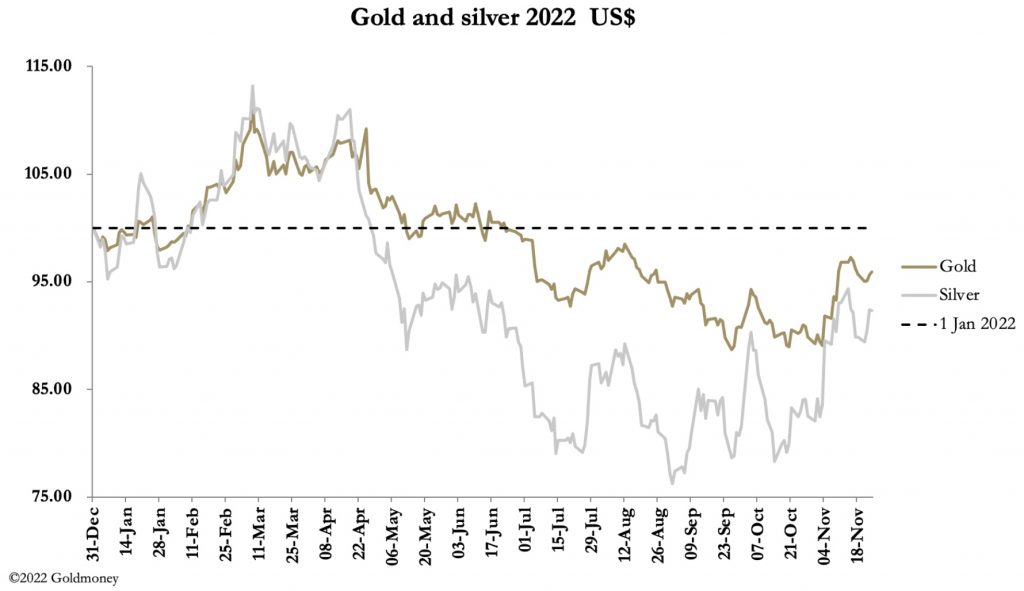 Notably, intraday moves in silver have been more volatile than usual relative to gold, indicating poor relative liquidity, confirmed by silver rising on the week relative to gold.

Silver is probably a talisman for precious metal trading generally, with open interest on Comex declining. This is our next chart.

Notice how Open Interest is now at the lowest level since the current bull market for gold began in December 2015 (we can treat the sell-off in March 2020 as an aberration). Over that time, the price has risen from $14 to $21, admittedly with some high volatility on the way. We know that the background is one of increasing industrial demand, and the Silver Institute is revising its demand forecasts upwards. On 18 November, the Silver Institute issued a revised forecast that global demand will surge by 50 million ounces this year, giving a net supply deficit of 71.5mo before investment demand. The Institute pencils in a further 25 million ounces for investment demand, taking the deficit up to 96.5 million ounces.

Yet, prices ignore these very positive fundamentals. We can deduce from the poor liquidity in paper markets that silver is incorrectly priced, and that liquidity will only return on a fundamental rerating.

Open Interest is about as low as it gets, yet the price has remained relatively firm. But with a large body of aboveground stock constituting supply, the characteristics are bound to be different from silver. Here, we see physical bullion being drained out of the market at these price levels, while hedge fund interest remains subdued.

This made some sense when the dollar was strong because the hedge funds would be sellers of gold contracts to buy dollars. But that is no longer the case. The dollar’s trade weighted index has virtually collapsed in the six weeks, as our next chart shows. 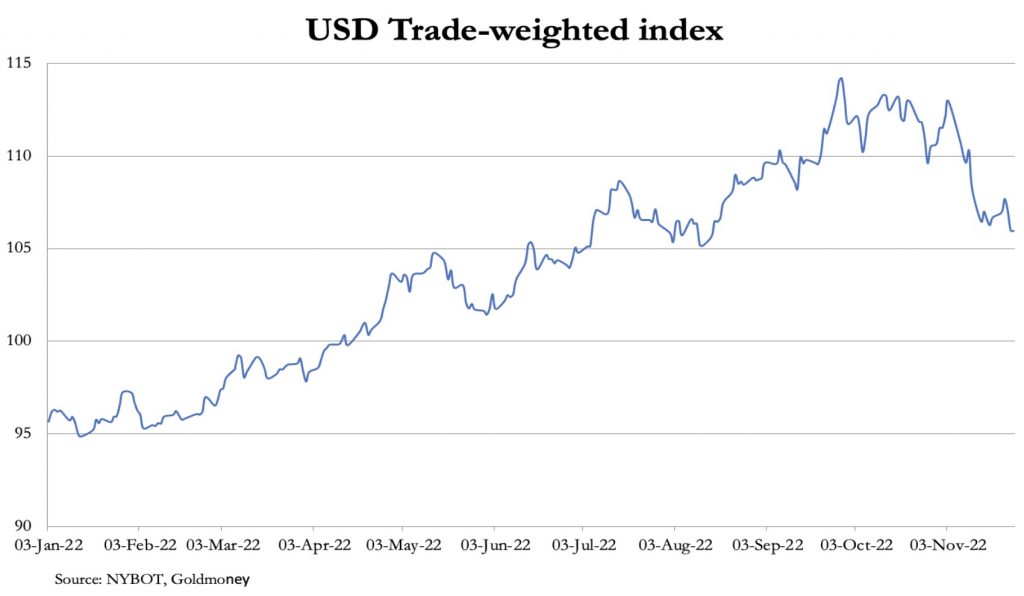 This has been reflected in a modest upturn in the Managed Money position, with hedge funds having closed their net shorts and they are now marginally long. 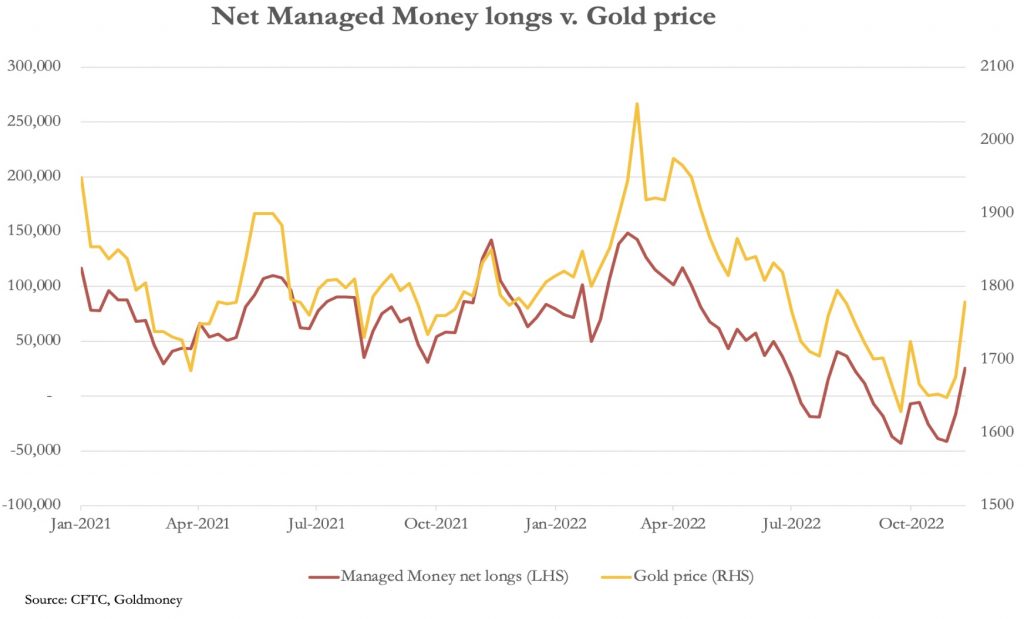 The correlation between the net managed money position and the gold price is reasonably tight. Therefore, unless this correlation changes, we can continue to translate further dollar weakness into higher gold prices.

So, for traders it is a question of the outlook for the dollar. And here, we are seeing growing signs of a pivot from tackling inflation to deepening worries about recession. That being the case, we can expect hedge funds to build long positions as the pivot plays out. And that is from a super low level of Open Interest, and an additional 100,000 net long Managed Money contracts to be absorbed for market sentiment to return to neutral…To listen to Alasdair Macleod discuss the collapse in open interest and what this means for gold and silver CLICK HERE OR ON THE IMAGE BELOW.