With the dollar rallying, today top Citi analyst Tom Fitzpatrick sent King World News a a major warning for this Friday.  Also, spot the glaring difference between 1999 vs 2017. 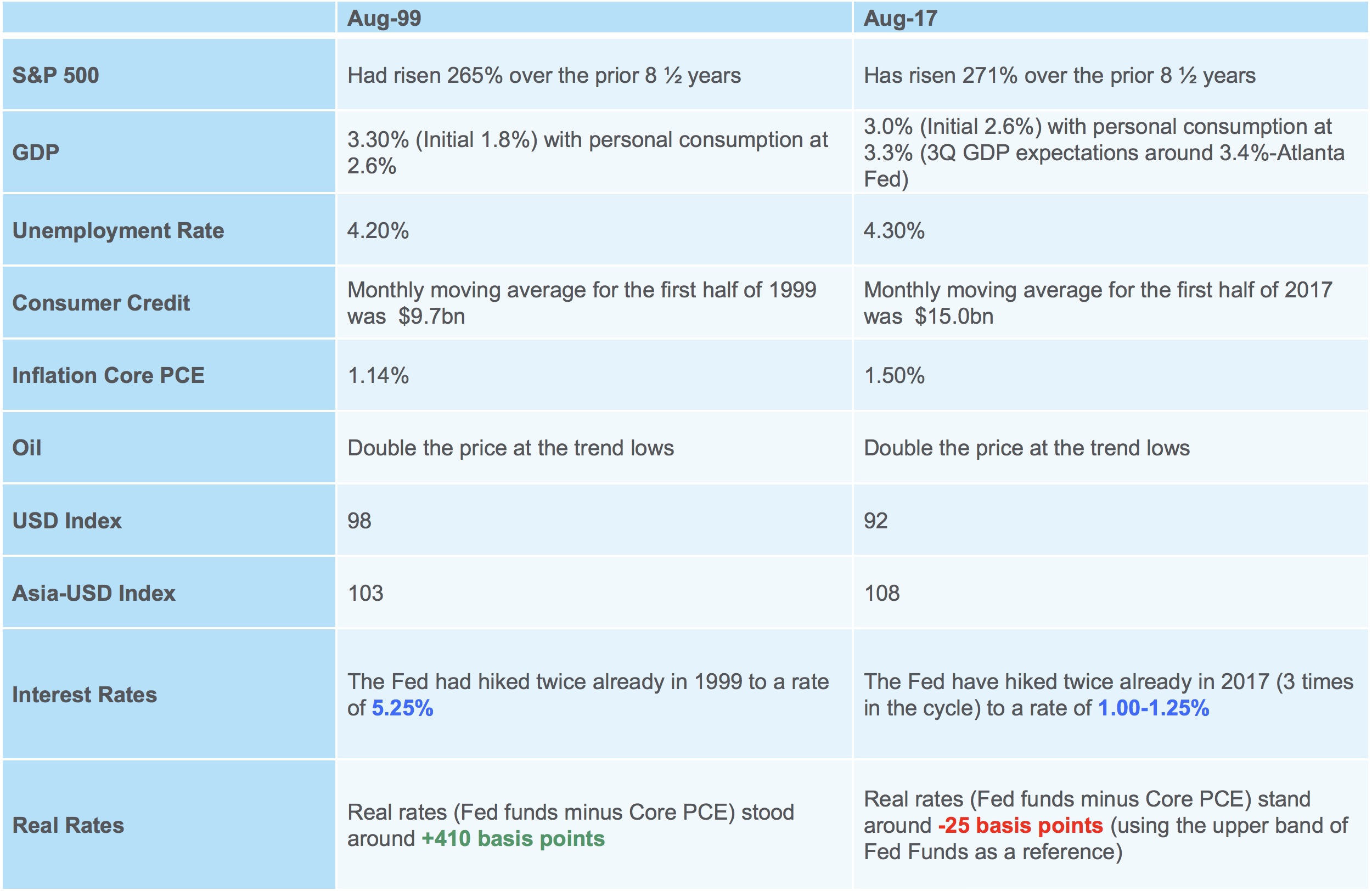 King World News note: “Real Rates,” noted above, is why the Fed is trapped as we await the catalyst for the next global crisis.  What will the Fed do with rates already negative?  What will be left in its toolbox?  If it is more money printing, what happens if that fails this time around?

Also of concern is this Friday’s NFP Report, which Fitzpatrick warned will most likely be a significant miss.

WARNING: Friday’s Jobs Report
Top Citi analyst Tom Fitzpatrick:  There is a real danger that Friday’s initial print could disappoint relative to the 180k expectation (and even more so relative to the just released ADP number of 237k)…

In 20 years the August initial print has been above 200k only once (That was 1998 when we saw a +365k number. However that was obviously an aberration as it was preceded by a +66k number and followed by a +69 number).

What is also interesting is the path we have seen this year on releases and that seen in 1999. 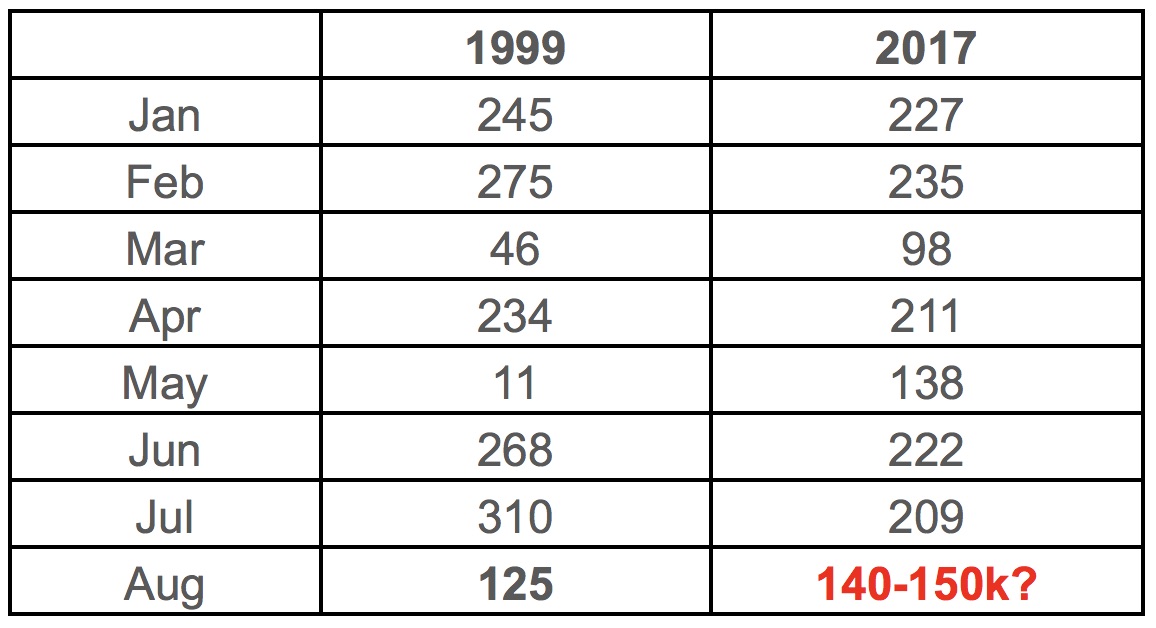 There is real danger that Friday’s initial print could come out in the +140-150k range.

King World News note:  It will be very interesting to see how gold and silver trade after this week’s Non-Farm Payrolls Report is released.  If there is a significant miss, could this be a catalyst for more upside action in the metals?