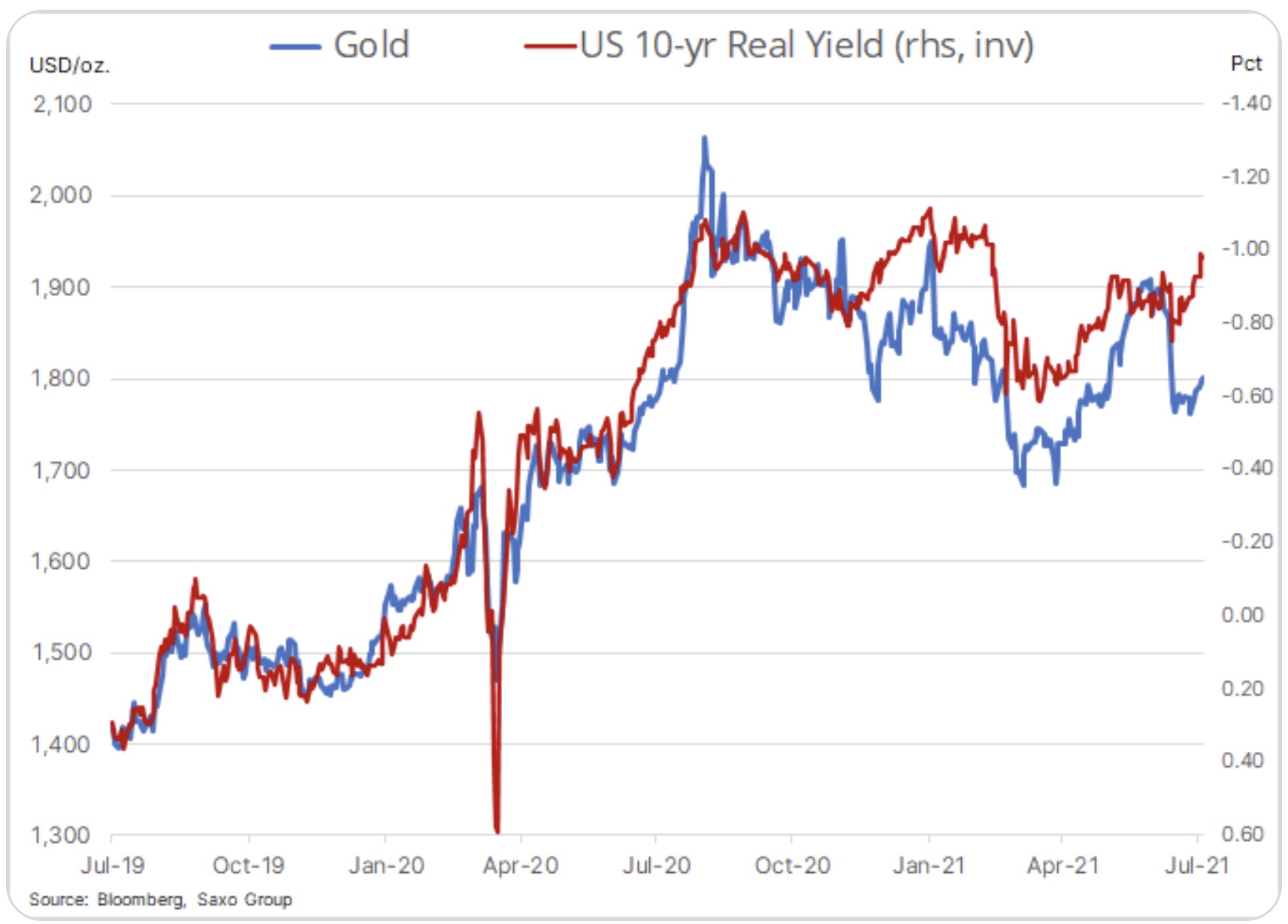 TRANSITORY INFLATION?
CRB Says, “No!” Closes At 6 Year High!
Peter Boockvar:  In trying to figure out what is going on in markets, particularly the Treasury market whose action is feeding into so many others, and vice versa, here is a stab on maybe what the theme that is playing out. The sharp rise in rates thru March was discounting the hot inflation numbers that was then seen over the past few months along with another $2 Trillion of government spending. Yields got very overbought (went from .90% to 1.78% in 3 months) and then began a consolidation while inflation breakevens continued higher into mid May.

Commodities by the way pulled back yesterday but the CRB index on Friday closed at a 6 year high. Anyway, the 10 yr yield started to tease/break/bounce/break the 1.50% around June 9th, one week before the Citi Economic Surprise Index came off the highest since mid March. Then, on June 16th we heard the taper talk is talking and dots revealed a sooner than expected rate hike which led to a dramatic flattening of the curve. The 5 yr yield started the year at .36% vs .92% a few weeks ago.

GOLD BULL CATALYST: Expect Even More Deeply Negative Real Yields
So, I will argue that the further decline beginning mid June in yields is mostly a growth concern driven by the stagflationary situation that has enveloped the economy (both product supply and labor challenges) and seen in the data, as real yields have fallen from -.75% to -.99% as of yesterday. I’m sure too that there is a knee jerk belief that the inflation stats will moderate in response to that slower growth but maybe it would be the reverse that growth would improve if inflation calmed down. As you know, I remain of the belief that the rise in inflation will be sticky, the Fed will be crab walk its way to normalizing policy and real yields will only get deeper negative.

I also want to say this about the likely persistency of inflation. The practice of Just in Time inventory is dead. That means higher inventory levels, lower productivity, slower inventory turns, higher working capital needs, lower cash flows and most likely higher prices as a result. This article in the WSJ is a taste of this (no pun intended), https://www.wsj.com/articles/supermarkets-are-stockpiling-inventory-as-food-costs-rise-11625572980.

Serious Real World Problems
Here are some quotes from yesterday’s ISM pointing to slower economic growth because of the shortages of labor and product and the higher costs of both as a result.

“Some locations cannot open for business or have limited hours, as we cannot staff the restaurant to meet consumer demand.”

“Severe supply chain disruptions and inflation are continuing in the marketplace, in all sectors.” (Arts, Entertainment and Recreation)

“Covid continues to cause troubles for all of our deliveries, as well as short supply a lot of materials. Shortages of lumber, copper, and steel continue, which is driving up pricing and lead times.” (Construction)

“We continue to see cost increases, delayed shipments, pushed out lead times, and no clarity as to when predictive balance returns to this market.” (Retail)

“Labor market remains tight, and wages have risen at an unprecedented rate. We are expecting a long term effect on pricing of services.” (Transportation & Warehousing)

“Starting to see a lot of commodity price increases for chemicals, acidizing and cementing. This is driven by product cost increases stemming from low production from plants.” (Mining)

I Still Love Gold & Silver
As for investing thru this, I remain long oil/gas stocks, particularly those in Europe that remain well below pre Covid levels in addition to ag in the commodity space. I still love gold and silver and along with being a long term bear on the dollar and local currency EM bonds are attractive too with this theme as it’s the only place to get some yield. Yes, there are value pockets of opportunity in the US that I own but the returns in the coming decade will come from Asia and parts of Europe. Singapore (banks and reits), Vietnam, Japan, China (Macau focused casinos and travel), the UK (energy, financials, reits) and Greece (still a bet on Kyriakos Mitsotakis) to name a few lands of opportunities…

With respect to the FOMC minutes today, they can be used to signal something new AFTER the meeting so don’t think they are really minutes. That said, you’ll hear some that want to taper soon and some later. I think the pressure is building by the data and I’d guess that the reduction in asset purchases will begin in September, either hinted at in the July meeting or in August in Jackson Hole.

The MBA said that the average 30 yr mortgage rate fell back by 5 bps to 3.15% but purchases and refi’s fell again w/o/w and y/o/y. Purchases were down by 1.1% w/o/w and 14% y/o/y. Refi’s were lower by 2.3% w/o/w and 8.1% y/o/y. We know what’s going on in housing so I don’t need to repeat it but watch out for the rental component in CPI next week as there is nothing transitory about housing inflation.