With mining stocks on a tear, look at who just said the price of gold will spike to $2,500+.

In October 2008 even Gold got hit as high volatility resulted in a rout in most Asset classes. The it began to recover and continued an uptrend that lasted another 3 years. Now, one might argue, that dynamic is even more warranted given the unprecedented opening of the monetary and fiscal floodgates around the World…

Last week Gold broke to new highs above $1,703 but did not sustain it on a weekly closing basis. This week a weekly close above that level looks very possible. That would open up the way for a move towards the next good resistance area around $1,800. Above there would suggest extended gains towards the all-time high at $1,921. A path similar to that seen from 2008-2011 would ultimately suggest a Gold price moving towards $2,500 if not higher over time. 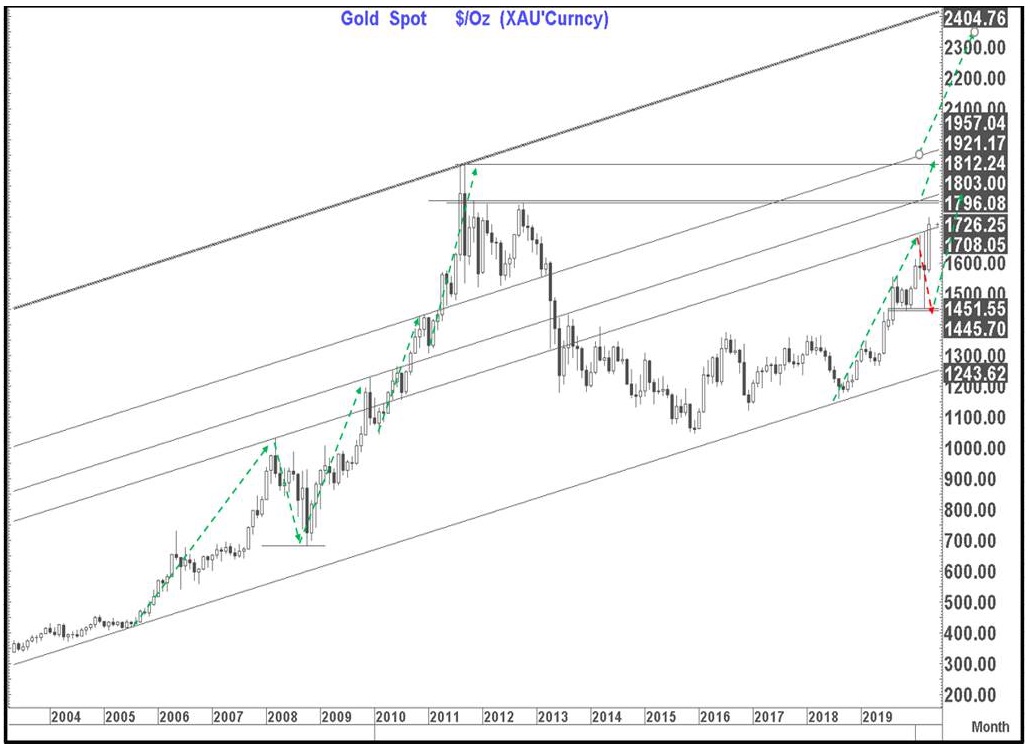