With the world already on the edge of turmoil, look at the inflation that is coming which will send gold and silver prices soaring.

All Roads Lead To Gold
May 16 (King World News) – This is from Andrew Adams at Raymond James: 10-Year U.S. Treasury Rate Hits Multiyear High – We wrote in previous weeks that the 3.00-3.05% zone in the 10-Year U.S. Treasury yield might offer some resistance but that it would likely fall sooner rather than later. Well, that has now happened as the 10-Year has shot up to around 3.10%. The path of least resistance certainly looks to be on the upside for rates.

10-Year Treasury Breaks Out, And… 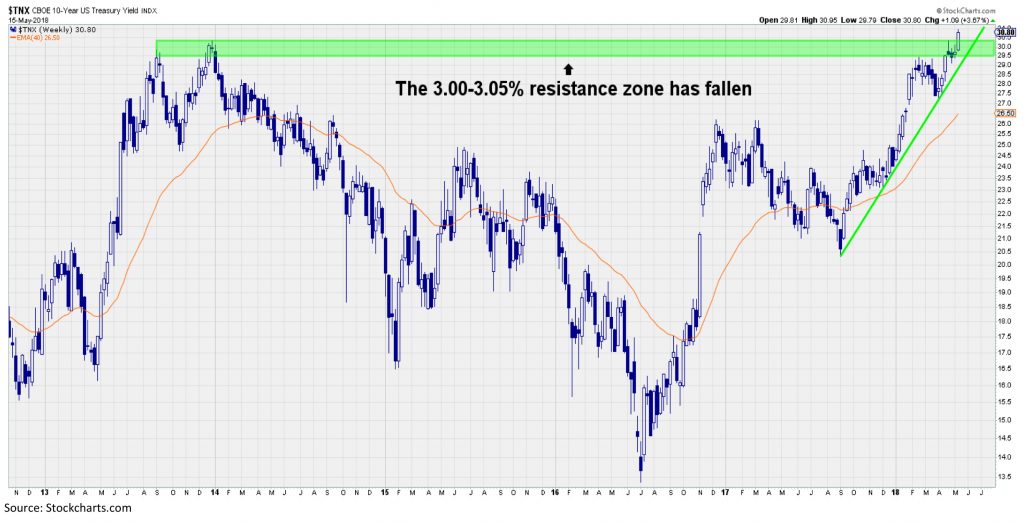 Long-Term Resistance Now in Play – With the breakout above 3.05%, we now expect the 10-Year will look to move toward the long-term downtrend line that has capped it going all the way back to the early 1980s (red line). The exact level will decline a bit each week but appears to currently sit somewhere in the 3.25- 3.30% range.

U.S. Dollar Battling Resistance Around Expected Level – The strength in the U.S. Dollar has received quite a bit of attention recently, and rightly so given how impactful it is on world markets. Two weeks ago, we wrote that the 93 level in the U.S. Dollar Index was the most likely resistance area, and so far it does appear to be giving the dollar some trouble. The downtrend since around the start of 2017 has broken, however, so it does look like the dollar wants to at least try to go higher.

US Dollar Index Runs Into Resistance 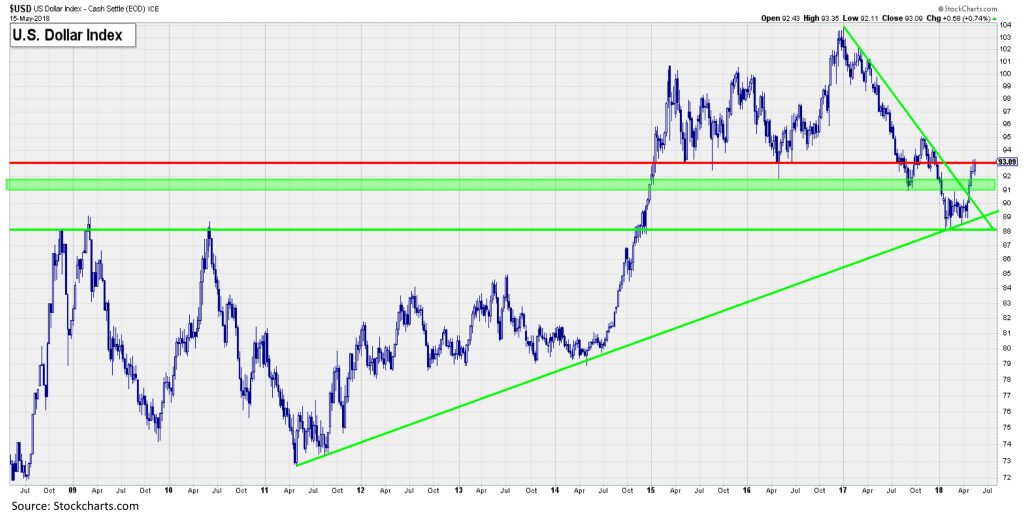 Stronger Dollar Not Stopping Oil Prices – The rise in crude oil has been one of the other major stories in recent weeks, and the commodity has now cleared the important $70 level (using WTI). 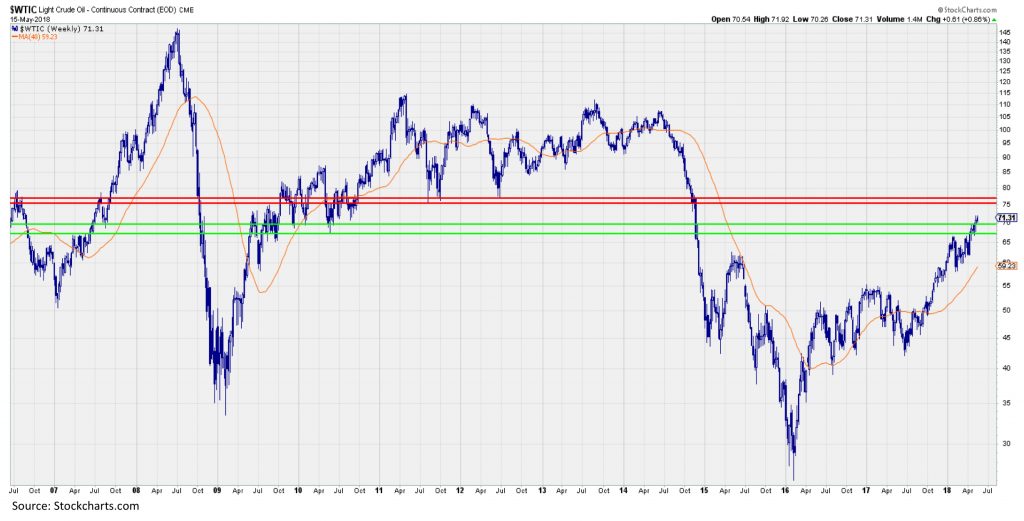 Oil continues to be a little overbought given its strong rally from the low $40s over the last year, but there does not appear to be much obvious resistance again until closer to $75.

King World News note:  US dollar be damned, what is important right now is the ramp up in inflationary pressures that are still to come.  This is why interest rates are surging, along with oil and other commodities, which have ended a brutal bear market and begun a new bull market.  All of this will be extremely bullish for gold and silver prices medium- to long-term as well as the shares of the high-quality companies that mine the metals.