Look at the surprise that is leading the gold and silver markets higher.

Gold & Silver Surprise
April 11 (King World News) – James Turk:  The strength that we are seeing in gold and silver, Eric, is raising a key question. It is whether gold, silver, and the mining shares are finally going to break out from the trading ranges in which they have been stuck since August 2020.

The tops of those trading ranges are $2,070 for gold, $30 for silver, and 163 for the XAU Mining Share Index. When viewed in terms of weak foreign currencies like the Japanese yen and euro, those breakouts are already underway. That’s usually a sign that the breakout in US dollars is not far behind.

As the major stock market indices and most stocks have turned lower over the past several months, the gold mining shares have been heading in the opposite direction – higher. 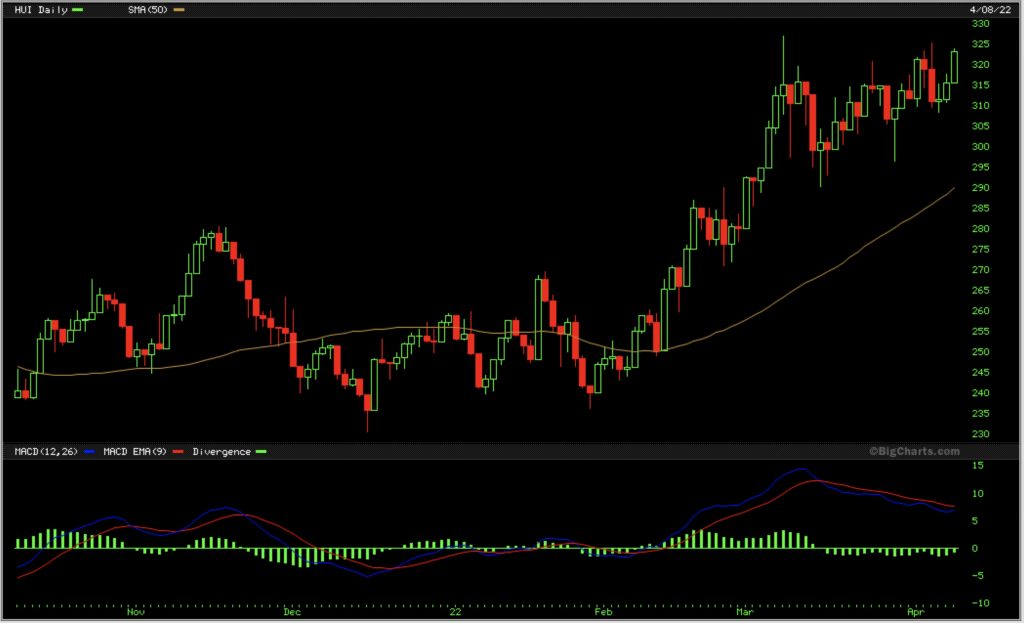 James Turk continues:  There is another important message when the mining shares lead. Namely, the flow of capital is larger than normal because the sector is attracting money from generalist funds and investors not normally invested in the sector. It is a sign that inflation psychology is taking hold and changing investment patterns and the flows of capital, just like it eventually did back in the early 1970s and then continued throughout that decade with money flowing into the precious metals and the shares of the companies that mine them.

Also, the mining shares have an inherent leverage that arises in an inflationary environment. For example, if a mining company is earning a $200 per ounce profit with the gold price at $1,950, their profit increases 50% to $300 with a 5% rise in the gold price to $2,050. That leverage attracts capital and ultimately results in higher multiples and higher prices for the shares of mining companies.

This chart of the XAU Index illustrates the potential. I’ve drawn it on a log scale so that the past doubling in price from 60 to 120 is the same distance on the chart as the doubling from 80 to 160. There is no guarantee of course that the XAU will double from here, but because it doubled in the last run-up of the precious metals, it could do it again. Sometimes history repeats. 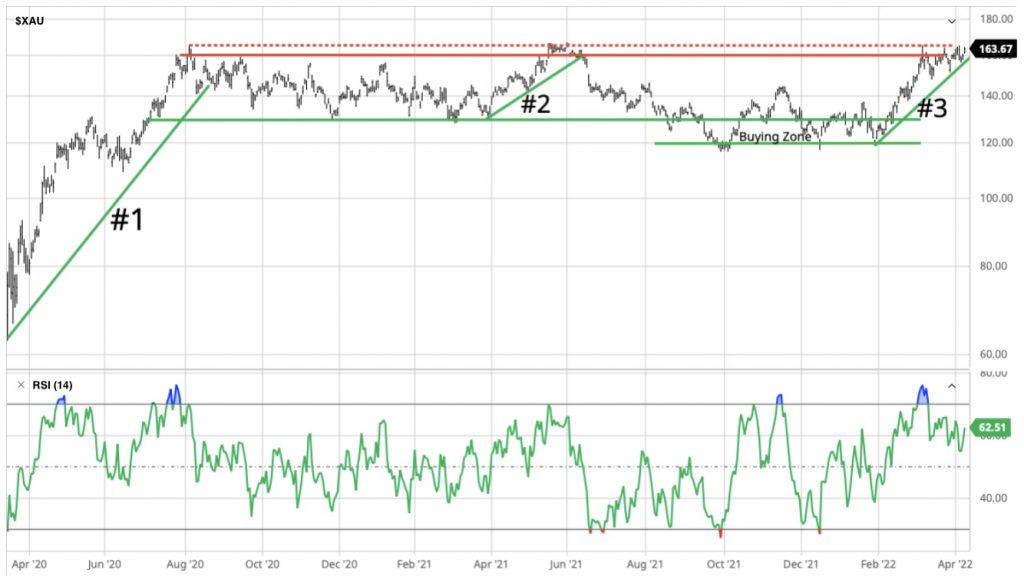 The uptrend marked #2 was not able to break out of the trading range. Uptrend #3 could do the same thing and stop here, but I don’t think so.

My expectation is that the uptrend #3 already underway will be similar to uptrend #1 in length and duration, meaning a double from here. Then the XAU will likely move into another trading range to consolidate it gains.

The outlook is very bright given all the bullish factors that are driving the precious metals higher – the most important of which is raging inflation that looks likely to get worse.