A historic breakout is about to unfold and a major catalyst is set to unleash a short squeeze in the gold and silver markets.

10-Year Yield Nearing Important Battleground
September 19 (King World News) – The following is from Andrew Adams at Raymond James: The benchmark 10-Year U.S. Treasury yield hit its highest level since late May yesterday as it broke out above 3.00%. The chart looks like it wants to press higher, but it’s still going to have to overcome some additional resistance in the coming days if that is going to happen. The zone from 3.05-3.12% could, therefore, be an important battleground to monitor.

U.S. Dollar Index Looking “Toppy”
The strength in the U.S. dollar during the trade war has had wide-ranging ramifications. Yet, the U.S. Dollar Index looks as if it may have hit at least an intermediate-term peak last month based on the action since that point…

Over the last few days it has broken a couple of support lines (red lines) and now these will be expected to add some additional resistance to any further increases in the index. The dollar is also now back in a pattern of lower highs and lows since peaking in mid-August, meaning the path of least resistance may have flipped back to the downside.

US Dollar In Danger Of Breaking Down

From top Citi analyst Tom Fitzpatrick:  US 10 year yield has taken out the short term level at 3.01% (see chart below).

US 10-Year Yield Decisively Takes Out Short Term Resistance at 3.01%! 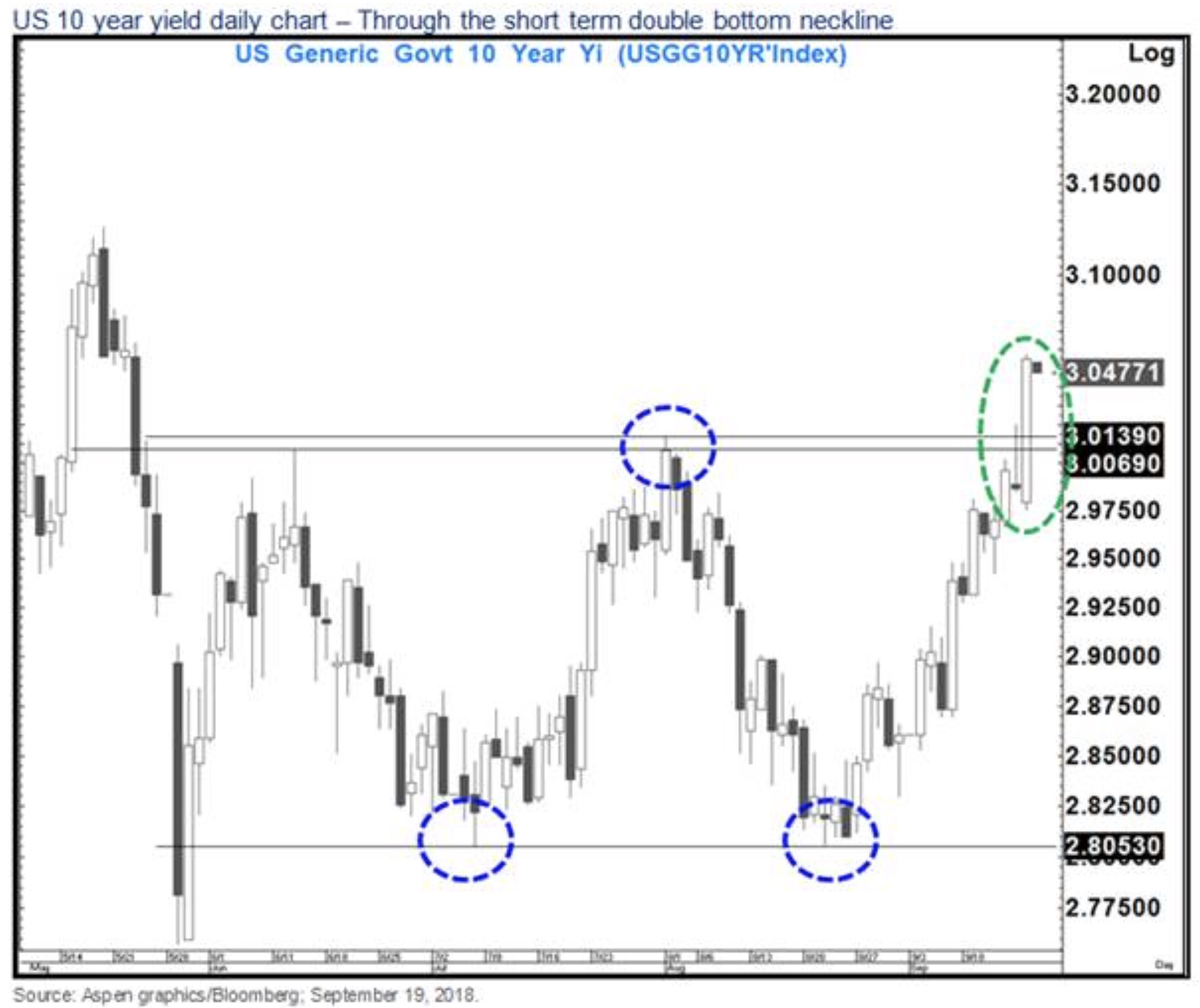 We must also turn to the long term chart that shows an important level at 3.05% (the high in yield from January 2014), which should be watched on a weekly and monthly close basis (see chart below).

Historic US 10-Year Breakout – Look For Much Higher Yield Levels 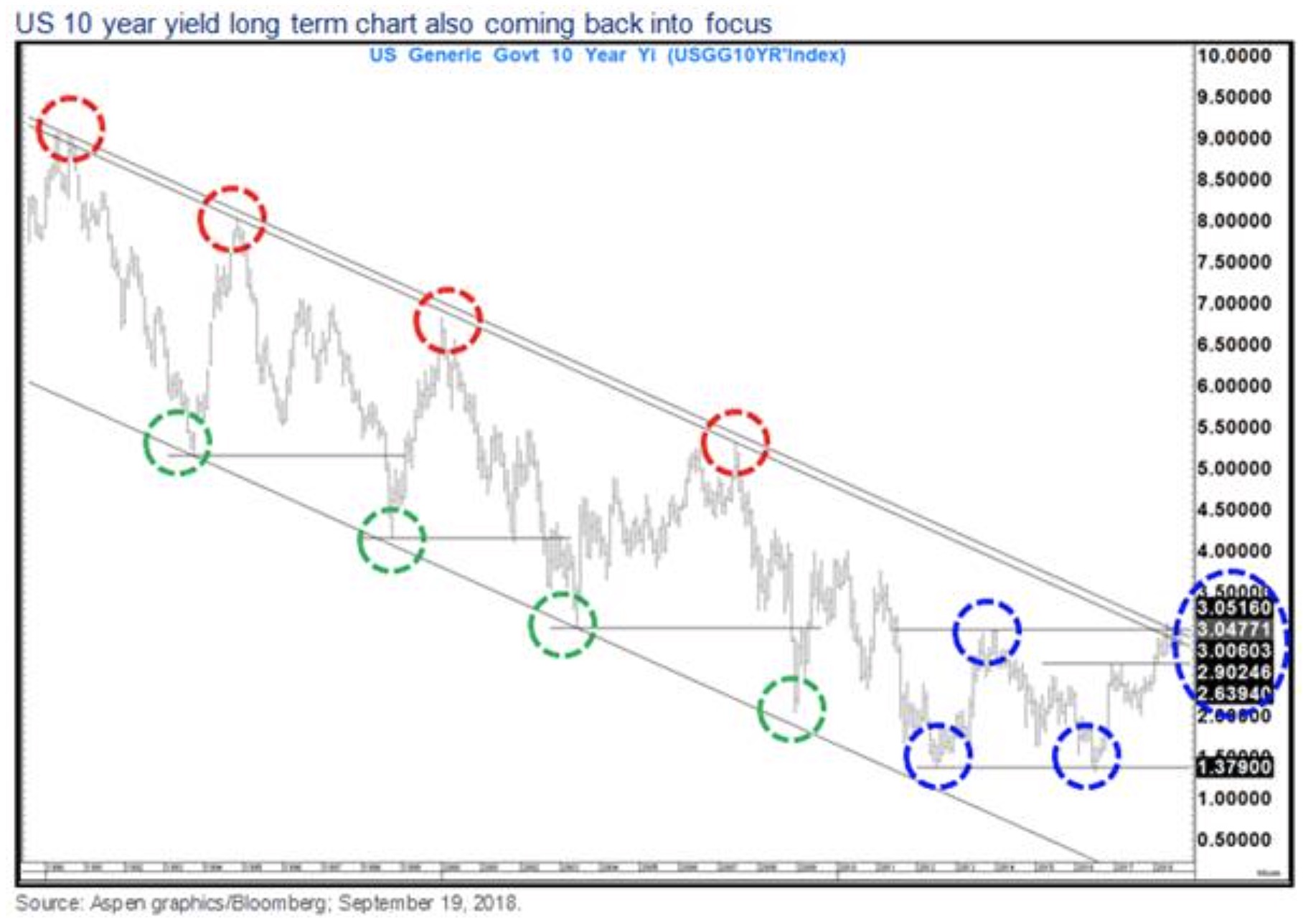 A firm breach of that would, as a minimum, argue for a move to the short term double bottom target of 3.22% and possibly higher over time.

***KWN has released the powerful and timely KWN audio interview with Andrew Maguire and you can listen to it by CLICKING HERE OR ON THE IMAGE BELOW.