“Many on Wall Street spend large chunks of their lives watching everything the Fed does. You’re lucky. You’re (probably) not one of them. To you, an inflation target has something to do with tire maintenance. ZIRP is sound that corduroy trousers make when you walk fast. Yellen is what happens when political discussions get heated at family dinners.” — Matt Phillips, Quartz

December 16 (King World News) – Today’s note from Jeffrey Saut, Chief Investment Strategist at Raymond James:  Well it’s here, D-Day where it is expected the Federal Reserve will raise interest rates by a quarter of one percent. The article from Quartz goes on to explain the sequence of events that got us here, beginning with the bursting of the housing bubble back in 2008. With that the financial system blew up, spinning the economy into the worst recession since the 1930s.

To prevent a depression the Fed pulled out all of the “stops,” using “levers” never before tried. Quantitative Easing (QE) was one of said levers and zero interest rates was another. However, the economic recovery has been slow by any historical measurement, so the Fed kept rates lower, and for a lot longer, than anyone expected. But today that looks like it is about to end because the unemployment rate has been more than halved, wage growth has finally “hooked up,” yesterday’s inflation figure tagged 2%, housing is back, and the list goes on.

Indeed, D-Day is here, but that does not mean the stock market party is over because historically stocks do pretty well after the first Fed tightening according to Fidelity. Moreover, if the Fed raises rates today it should signal the markets that the Fed thinks the economy has gained enough velocity that it can tolerate higher interest rates.

Therefore, I told CNBC’s sagacious Becky Quick that I think there is the potential for a “rip-your-face-off” rally for stocks and yesterday stocks obliged. As written in Tuesday’s Morning Tack:

“Yes I know the D-J Transports broke below their intraday August lows yesterday, but they didn’t stay there. In fact, they rallied back above the August 25th closing low of 7466.97. Moreover, the D-J Industrials are some 1700 points above their August low. So what you could have seen yesterday is a downside non-confirmation according to Dow Theory. Further, equities are oversold, the VIX is in backwardation, December option expiration tends to be bullish, and we are into Santa Rally territory. So I will repeat what I said yesterday, ‘While it is natural to read negativity in to Friday’s drop, it is entirely in keeping with the bullish scenario.'”

So the “rip” took the S&P 500 (SPX/2043.41) right up to its overhead resistance, and its 50-day moving average, where it tried to pop through, but failed leading to a sag into the closing bell with the SPX still better by ~21 points. This morning the preopening S&P futures are better by 12 points, so let’s see if we can get through yesterday’s intraday high. If so, new all-time highs should lay ahead. 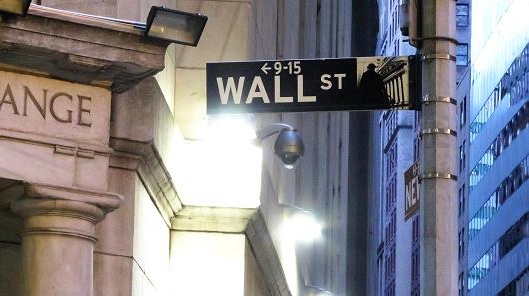 Also, this is a portion of today’s note from Art Cashin:  Things Could Get Bumpier – Here’s some points from a Bloomberg article in front of today’s FOMC meeting and decision:

While the broad market is little changed for the year, with the S&P 500 slipping 0.8 percent, violent swings have been more frequent than any time since 2011. The index has moved 1 percent or more on 67 days this year, almost double the total in 2014. At 21, the VIX is 29 percent above its average of 16.3 around the last three initial rate hikes since its inception.

Investors face one of the biggest tests of the post-crisis era as the Fed prepares to raise rates at a time when profits are in decline. Such a combination hasn’t occurred in five decades. The valuation picture doesn’t help either. At 21 times profit, the S&P 500 is trading higher than it was at the end of eight of the past 10 bull markets. History shows a contraction in equity valuations is almost inevitable.

Never before has a stock rally gone on this long without an interest-rate increase. While historically stocks fared well, with the S&P 500 rising about 2 percent over the first 12 months after the initial rate hikes, the confluence of higher valuations and weak earnings underscores the risk to a bull market that, if it lasts through April would surpass the 1949-1956 run to become the second-longest in history.

Overnight And Overseas – At the arrival of Fed decision day, equity markets around the globe are almost universally higher.

In Asia, Japan, Hong Kong, Shanghai and India are all up. In Europe, the same condition holds in London, Paris and Frankfurt.

In other assets – the euro is down a smidge as is the ten year Treasury. Crude has turned weaker while gold is mixed to slightly better.

Consensus – If the Fed moves as expected, a key will be if there are dissenting votes, and, if so, how many. While Yellen likes unanimity, several dissents could underscore the no rush to hike theme.

The reaction to this Fed move may not be clear in minutes but could take days to see impact on things like emerging market currencies. If I were on the FOMC, I would vote – no hike.

***KWN has now released the extraordinary top 10 trends and predictions for 2016 from Gerald Celente and you can listen to the audio interview by CLICKING HERE OR ON THE IMAGE BELOW.

Albert Edwards Warns This Will Not End Well, Plus Big Food Inflation And One Of The Most Shocking Charts