As the world edges closer to the next crisis, today the man who has become legendary for his predictions on QE and historic moves in currencies and metals spoke with King World News about the truly shocking thing about gold’s 2019 surge to $1,550.

A Strange Scenario After All These Years
October 12 (King World News) – Eric King:  “Egon, the advance in the gold market — from when gold was basing around the $1,200 area and we had the breakout through $1,350 you predicted and gold made its way up to $1,550 — has largely been paper shenanigans.  Meaning, we are not seeing the flow of gold out of Switzerland that we normally see when demand is high around the world.  It’s relatively slow (at Swiss refiners) in Switzerland.  It’s not that nothing is happening but it’s just slow. 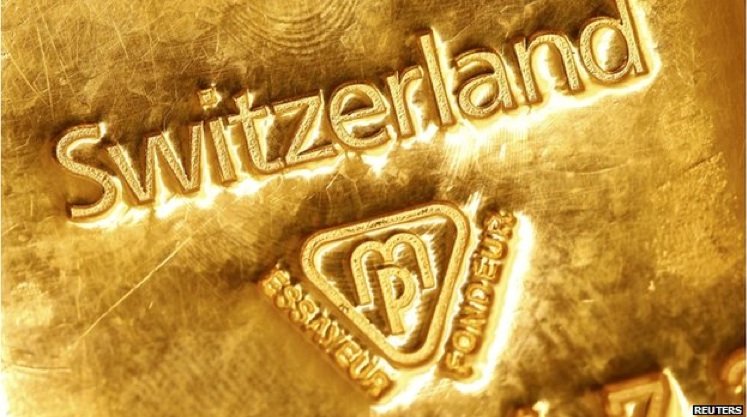 And so money flows into the ETFs, which they claim are backed by gold, but then you turn around and see that in Switzerland there is no flow of gold anywhere that would make sense (with the increased tonnage being reported by ETFs).  Meaning, where are they getting their gold from?  The truth is they really don’t put physical gold into ETFs.  So this is just a strange scenario to watch unfold after all of these years, isn’t it — the fact that the paper market has moved the price of gold higher like this?”

Egon von Greyerz:  “Yes.  You are absolutely right, Eric.  We haven’t seen a true gold price for decades for the simple reason that this paper market is totally dominating the price setting.  The paper market should be backed by physical, which it isn’t.  And it shouldn’t determine the price of physical gold…

It’s Not Really Fraud According To Their Rules
We are not seeing much physical demand.  And the ETFs, as you said, have increased their tonnage quite a bit in the last two or three months, but there has been virtually no buying of physical gold for the ETFs.  So all they are doing is shuffling paper gold around, or they are being lent gold.  So all they are doing is shuffling gold across the middle of the floor of the vault from central banks.  They are not really shuffling it because they are double counting it.

I am absolutely certain that the gold these ETFs claim to possess is double counted gold because ETFs are not obligated to hold physical gold.  But they have a piece of paper saying they can have physical delivered anytime, and that’s enough for them according to their rules.  They don’t actually have to possess physical gold according to their own rules.  That’s why demand in the physical market is not going up.

$1,600-$1,700 Pretty Quickly After Correction Ends
So, up to now we have not seen much physical demand, but I think that is going to change.  This move that I discussed through $1,350 Maginot Line, as I called it, which held for 6 or 7 years, has now been broken decisively.  Regardless (of the paper shenanigans), we are poised for the next move higher and I think it’s imminent.  This is a move that will take gold to $1,600-$1,700 pretty quickly.  That will happen, in my view, in the next month or two.  After that we are on the way.

Gold Priced In Dollars Will Break 2011 High, Plus Audio Released!
As I have pointed out so many times, gold in most global currencies has broken out above the 2011 highs.  And the fact that it hasn’t in dollars is now becoming irrelevant (because it will come in due course).  So what will happen initially is that it will be the paper price that will drive gold higher, and that will then lead to real physical demand.  And when that comes…KWN has just released the powerful audio interview with Egon von Greyerz and you can listen to it by CLICKING HERE OR ON THE IMAGE BELOW.

UPDATE: Gold Pullback
READ THIS NEXT! UPDATE: The Big Picture With Gold Pulling Back CLICK HERE TO READ