Gold and silver prices are ready to ignite as major financial crisis looms plus some surprises. 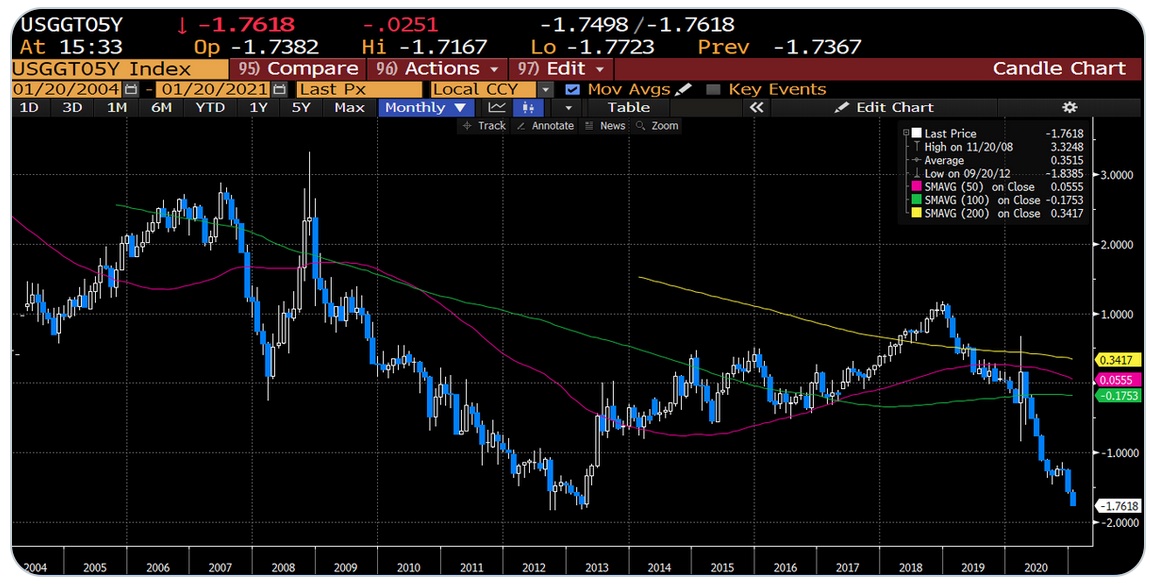 Macro Drivers Keep Building For Precious Metals
Otavio Costa:  Should we talk about 5-year real yields about to make all-time lows? It’s not about nominal rates threatening gold. It’s about inflation expectation rising even faster. Macro drivers keep building up for precious metals. Supply shortages only add to it. (See chart below). 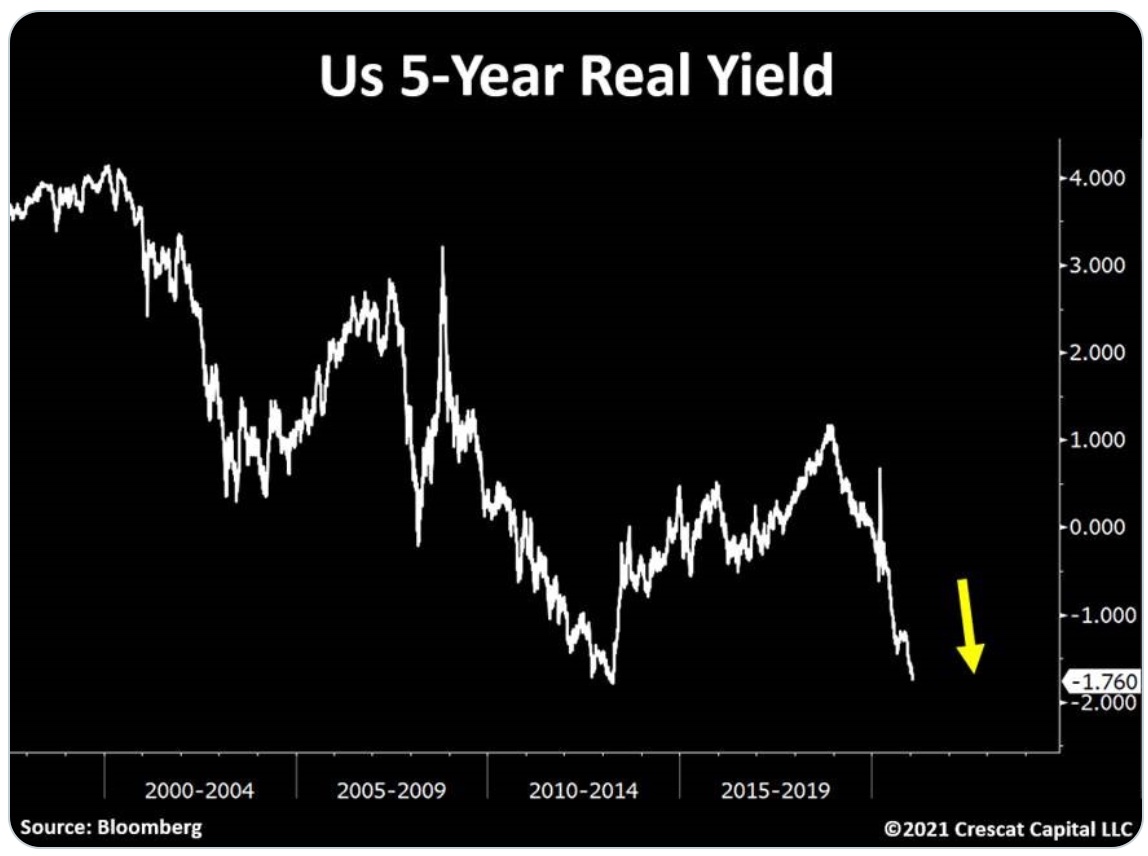 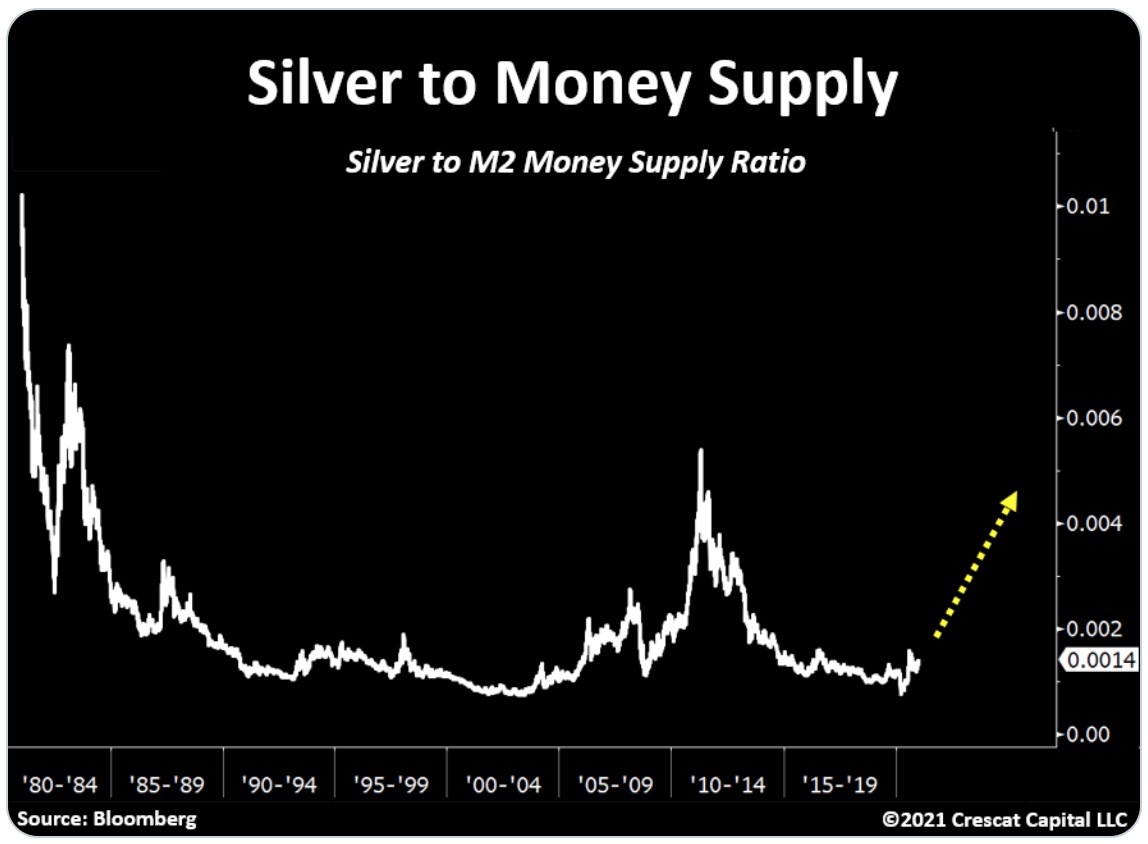 Q1 Deficit Almost $600 Billion
Gerald Celente:  The U.S. booked a budget deficit of $572.9 billion in the first quarter of its new fiscal year, a fiscal hole of 60.7 percent, or $216.3 billion, deeper than during the same period a year earlier.

The budget gap widened as spending zoomed up 18.7 percent to pay for pandemic-related health care and an array of federal bailout programs. At the same time, revenue edged down 0.4 percent to $803.4 billion as businesses closed, temporarily or permanently, cutting federal tax collections…

Much of the additional deficit was created by $600 weekly federal unemployment benefit payments, which totaled $80 billion from October through December. For the same period in the previous fiscal year, the figure was $5 billion.

The figures do not include the additional $900 billion signed into law at the end of December because the spending did not start until this month.

President Joe Biden has proposed another $1.9-trillion stimulus round.

The Congressional Budget Office has forecast a $1.8-trillion federal deficit this fiscal year, with the annual deficit reaching or exceeding $1 trillion through 2030…

The estimate may be conservative.

TREND FORECAST: More Cheap Money, Higher Gold, Silver, Bitcoin
As we have forecast, Washington’s money-pumping injections to artificially prop up the sagging economy will be greater than currently proposed. We also forecast that the Biden administration will send bigger relief checks to individuals as well as large and small businesses, which will also increase the deficit.

Again, the more cheap money pumped into the system, the deeper the dollar falls and the higher gold, silver, and bitcoin prices rise.