KWN warned yesterday that the gold market may correct and at one point today the price of gold had retreated to $1,400, but what is happening now is unbelievable.

Risks In The Global Financial System Are Now Substantial 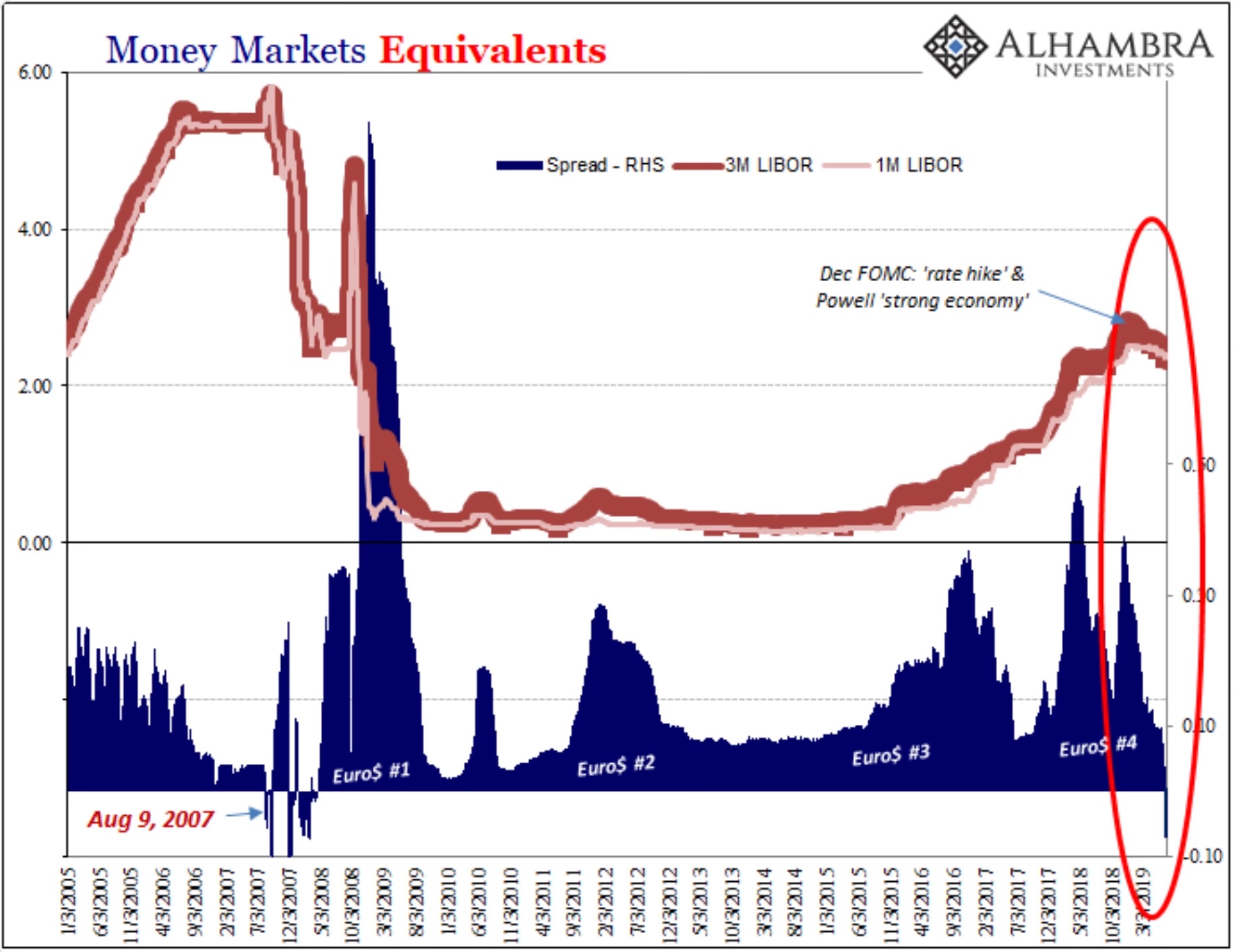 Remember Gold?
Andrew Adams from Raymond James:  “Gold has received a lot of attention lately, as it has finally done something after about seven years of drifting sideways. I wouldn’t want to chase it here, but it does look like an inflection point has been reached where dips are for buying. The metal has put in higher lows since late 2015 and if it does drop down closer to $1375-$1400 I think it would be worth taking a chance on. (See chart below).

Weaker Dollar Helping Commodity Prices Too
Andrew Adams from Raymond James continues:  “President Trump seems to be getting his wish for a weaker U.S. dollar, as the U.S. Dollar Index has fallen over the last week to break the uptrend that had been in place since last year. This is helping commodities like Gold and Oil priced in dollars. (See chart below).

US Dollar Just Starting To Break Down 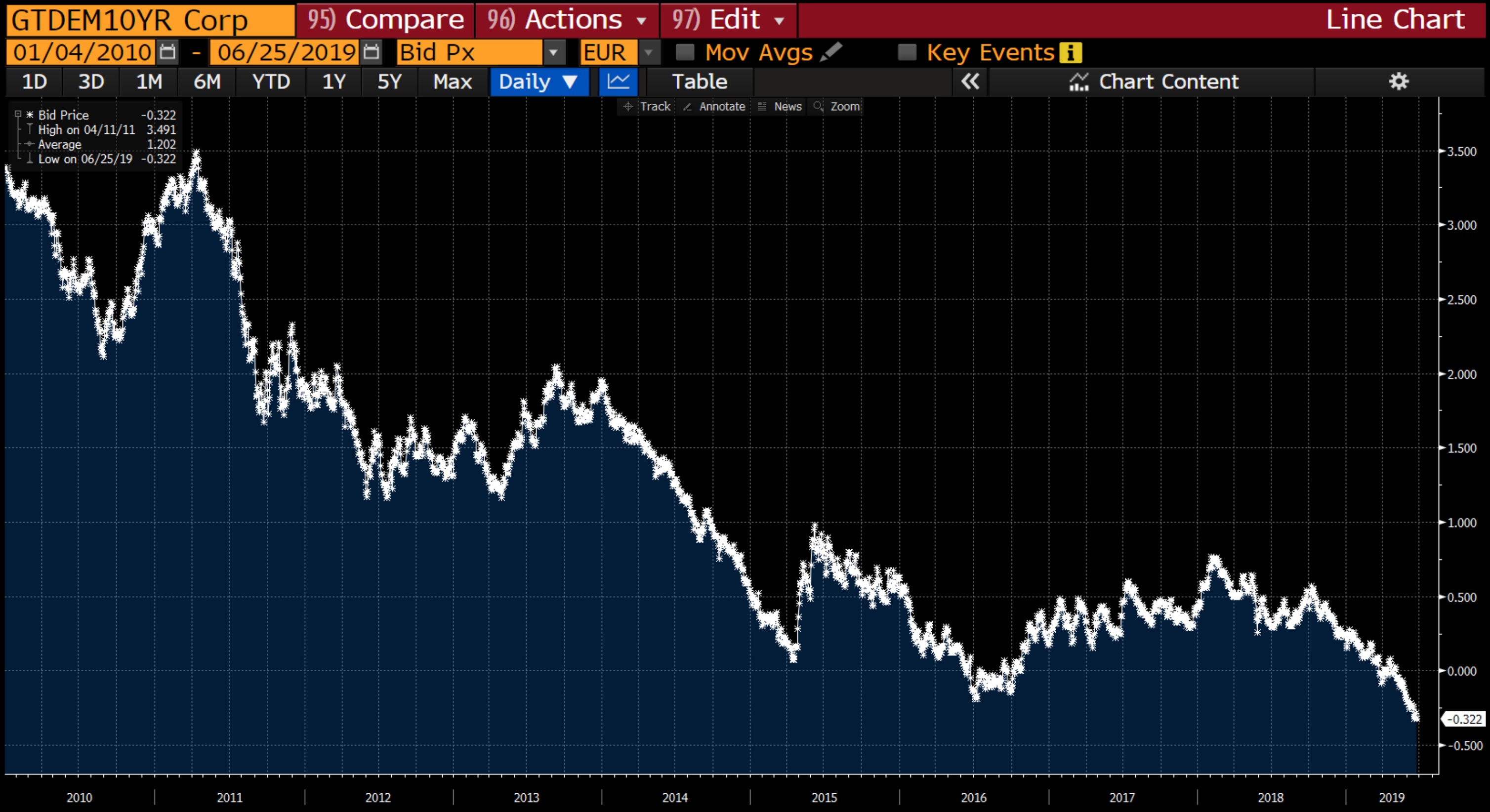 Russia’s Gold Beginning To Shine
Bloomberg Opinion:  “This month, the price of gold has soared by about 7% and has added about $7 billion to Russia’s international reserves (See chart below).

Russia’s Gold Is Beginning To Shine 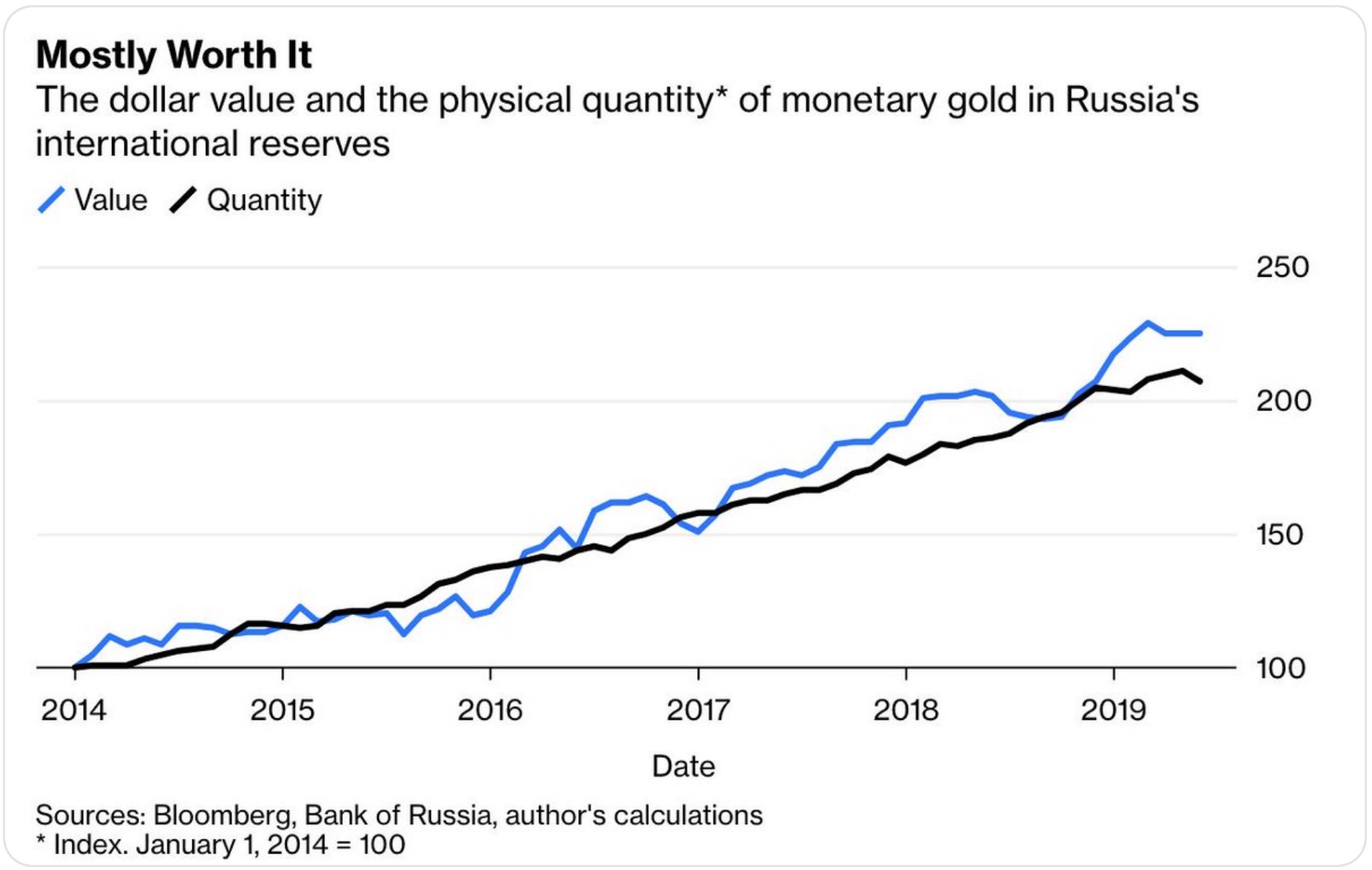 ames Turk – This Is What The Rocket Launch In Gold Means, Plus What To Expect Next CLICK HERE TO READ