Today global markets went wild as the West had a “Chamberlain moment” abandoning Ukraine to Putin and the rapidly advancing Russian Army.

The West Has A “Chamberlain Moment” Abandoning Ukraine
February 24 (King World News) – The Russian military is dominating the war in Ukraine. Russian troops are closing in on Kiev, the capital city of Ukraine. The Ukrainian Intelligence Agency was seen burning all confidential documents in the center of Kiev because they know the Russians will shortly control the capital. Documents were also being burned in front of the Ukrainian Ministry of Defense.

Documents Being Burned In Front Of
Ukrainian Ministry Of Defense

The Ukrainian Prime Minister confirmed Russian troops seized the power plant in the area of Chernobyl. 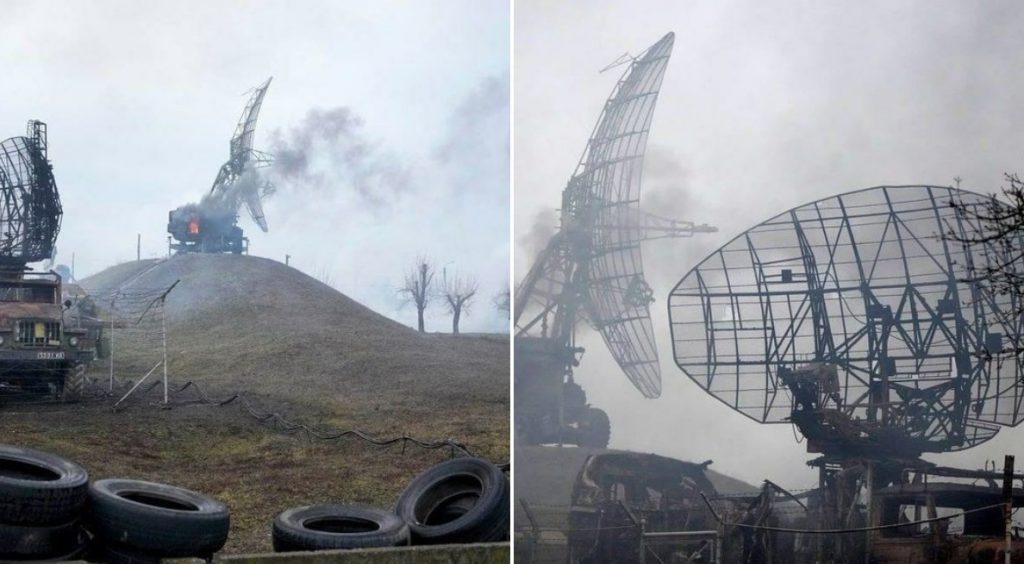 The Ukrainian Minister said the Kremlin was preparing a new wave of strikes, including more air strikes.

The attack from the south has been a huge success as Russian troops continue to advance toward key objectives. The invasion from Crimea, both amphibian and by land, have seen the biggest territorial gains in today’s fighting.

“We don’t have any plans or intentions of deploying NATO troops to Ukraine.”

This was the “Chamberlain moment” for NATO and the West. In other words, Ukraine is on its own and will soon be at the mercy of the Russians…

Many people in Ukraine have been forced to abandon their homes and sleep in underground train stations. 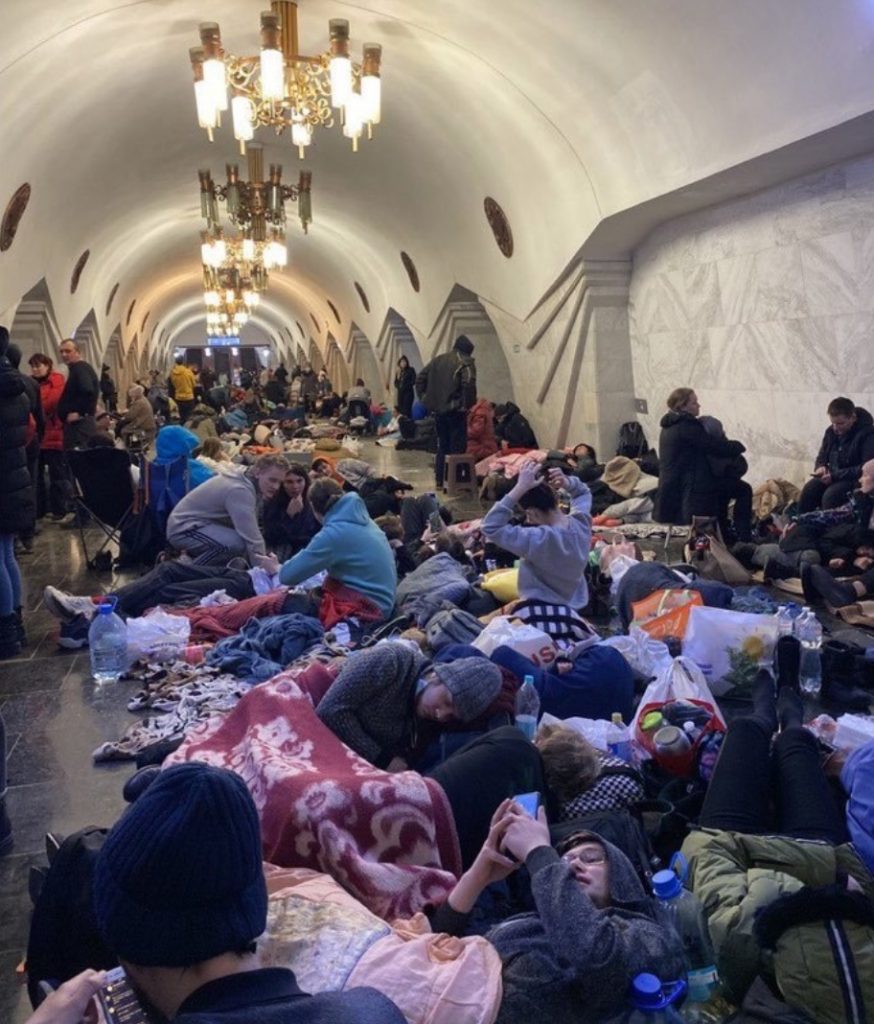 It won’t be long before Russia has taken Kiev, the capital city, prompting US President, Joe Biden, to state:

Global Markets Gone Wild
The comments from President Biden were part of the containment of global markets gone wild. At one point during the trading day crude oil had surged above $100 and the price of gold was approaching the $2,000 level. After the president’s comments along with Biden stating that the US would release additional oil from its strategic reserves as conditions warrant, the price of crude fell back to $93 and the price of gold went from trading up $65 at $1,975, all the way down to $1,889, before recovering back above the $1,900 level, a nearly $100 trading range today.

The bottom line is the Russians already control Ukraine’s fate, and the fact that there will not be any military intervention by the West in the Ukraine conflict, allowed the magicians, I mean traders, at the Fed’s massive trading room to bring calm to the global markets by the end of the day. As for the Ukrainians, the West just had its “Chamberlain moment,” but this time it is the Ukraine that will fall instead of Czechoslovakia. 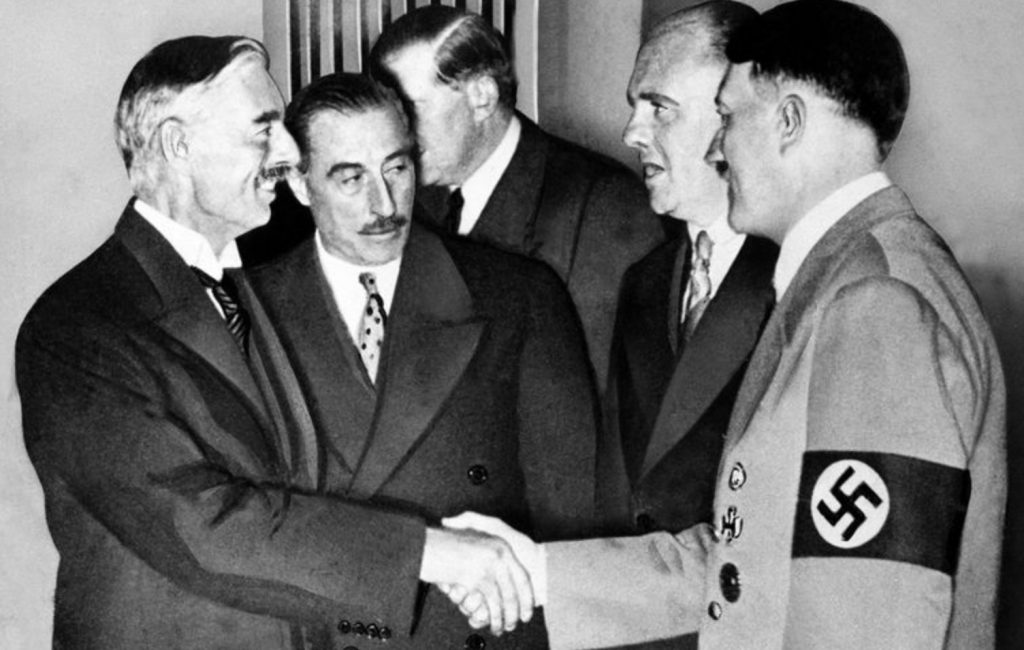 Historic Deal Just Announced
Eric King:  “Fury just monetized 60% of its market cap with a sale of a non-core asset in a deal today worth Canadian $65 million dollars, on the cusp of one of the biggest gold bull market moves in history, with inflation out of control and war breaking out in Ukraine.”

Historic Deal
But for Fury this is a historic deal because the company is now positioned to drill three high-grade gold projects in Canada and it is now positioned for an aggressive year in advancing discoveries made in 2021. In addition to the asset sale we had great drill results in the last four months, but we also enhanced our leadership with the appointment of Tim Clark as CEO. Tim is remarkably experienced in capital markets, and now has the company positioned for a robust 24 months that will dramatically expand our discoveries while also drilling exceptional new targets where major discovery holes were previously drilled but never followed up on at our Percival target.

Enormous Upside
Obviously the timing of this announcement could not be better as the gold market is soaring today on the Ukraine news. But, Eric, and this is very important, Fury is grotesquely undervalued, and it has the most unique growth opportunity of high-grade ounces, and a massive war chest of marketable securities that will pave the way for an enormous expansion of drill programs in the coming years. The last 6 months have been exceptional for Fury, although it has not yet been reflected in our share price. I believe this $65 million deal will change that, positioning FURY’s share price for a great deal of upside in 2022 and beyond. Fury Gold, symbol FURY in Canada and the US.

Bullion Banks Cover Gold Shorts, But How Many Longs Are Left To Shake Out?