Eric Sprott: Founder of Sprott Asset Management (SAM) – Eric has over 40 years of experience in the investment industry and SAM manages over $7 billion.  Eric has been stunningly accurate in his writings for over a decade, and is one of the most respected industry professionals who predicted the current crisis. He has chronicled the dangers of excessive leverage as well as the bubbles the Fed was creating, while correctly forecasting the tragic collapse.  Sprott Asset Management is one of the top firms in the world. The firm has become well known not only for its performance, but also for creating a gold and now silver trust. 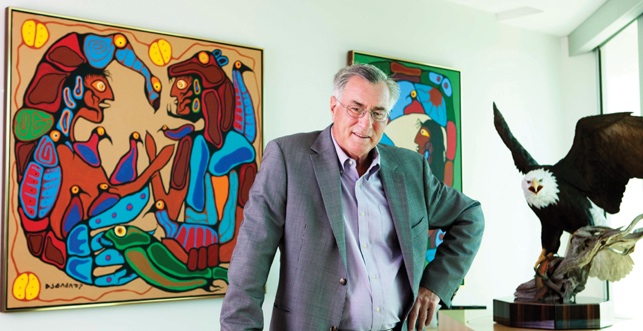 Eric Sprott: Founder of Sprott Asset Management (SAM) & Senior Portfolio Manager has more than 40 years of experience in the investment industry. After earning his designation as a chartered accountant, Eric entered the investment industry as a research analyst at Merrill Lynch. In 1981, he founded Sprott Securities (now called Cormark Securities Inc.), which today is one of Canada’s largest independently owned securities firms. In 2001, Eric established Sprott Asset Management Inc.

Eric has been elected Fellow of the Chartered Professional Accountants of Ontario (FCA, FCPA), a designation reserved for those who demonstrate outstanding career achievements and service to the community and profession.

Over the years, Eric has also been recognized for his considerable philanthropic endeavours and community contributions. Eric and his family established the Sprott Foundation in 1988 to address urgent human need, hunger and homelessness. He has provided generous endowments to Carleton University, the Ottawa Hospital Foundation, Daily Bread Food Bank and United Way, among others. More recently, Eric donated $1.4 million to CanFund in support of Canadian athletes for every gold medal won at the 2010 Vancouver Olympics. In April 2011, along with Sprott Inc., Eric sponsored a 24-year old Canadian driver James Hinchcliffe, getting him a seat with the prestigious Newman/Haas Racing. In June 2012, the Sprott Foundation donated $25 million in support of the Department of Surgery at the University Health Network.

With a history dating back to 1981, our team of investment professionals is united by one common goal: delivering outstanding long-term returns to our clients and investors.

To achieve that end, we have assembled a group of best-in-class portfolio managers, market strategists, technical experts and analysts that is widely-recognized for its investment expertise and unique investment approach. We are committed to conducting deep fundamental research to develop unique macroeconomic insights.